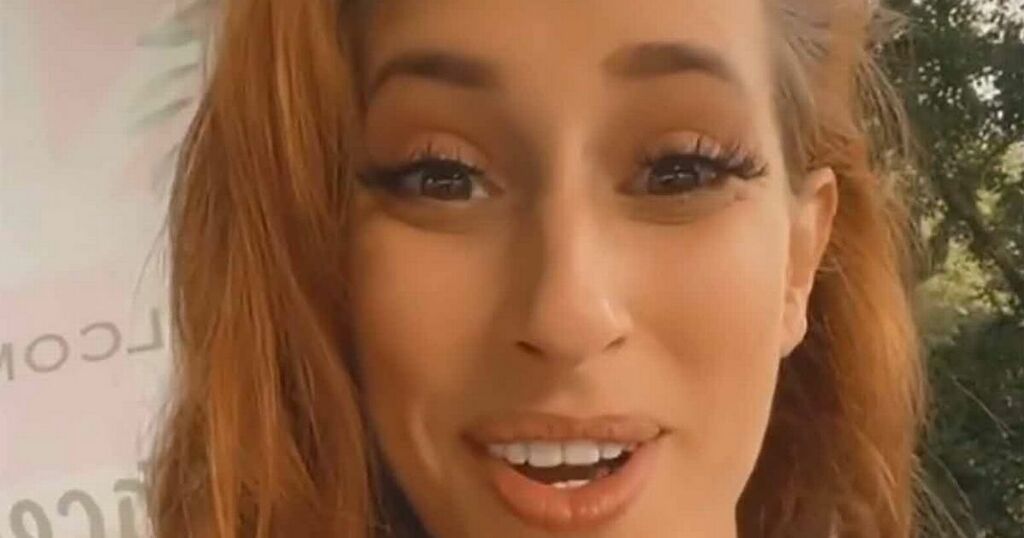 Stacey Solomon had the mother of all baby showers and is now donating a load of gifts she received on the special day to charity.

The baby shower took place at Pickle Cottage on Sunday and was a real feast for the eyes featuring a huge white-washed table strewn with flowers.

There were also adorable mini tables for the children as well as blackboards for them doodle on.

Stacey has now revealed all the items had been lent from Ikea and store bosses told her everything could be donated to charity once she'd used it.

Taking to Instagram in a gorgeous pink satin dress Stacey had tears in her eyes as she revealed the generous gesture.

"My sister told me that Ikea lent all the chairs, tables, kids' tables, blackboard, cutlery, cups, plates - everything.

"They said once we used them we could give them all to charity, which I didn't know. So it's all going to Barnado's, which has made my day."

As the items were cleaned and boxed Stacey added: "So everything has to be packed up and gone, but I'm just enjoying this last little corner while it's here."

Captioning the video to show her gratitude Stacey posted: "As if I didn't love @IkeaUk enough already. So lots from yesterday will be on its way to charity. How amazing of them."

Stacey thanked her sister Jemma for arranging the blooming beautiful baby shower in the sunshine on Sunday.

The 31-year-old Loose Women panelist is expecting her first daughter with fiance Joe Swash, after having three boys previously, and is expecting to welcome her in the next six weeks.

The former X Factor contestant admitted that she was "overwhelmed and emotional" after a day in which she stunned looking like a fairy princess with a Rapunzel-esque plait.

Stacey posted a series of photos to Instagram of her baby shower, as she looked loved up with Joe on their special day.

Captioning the snaps, Stacey wrote: "Feeling so overwhelmed and emotional… What a beautiful day.

"My sister arranged a baby shower for me and our little girl and it was so special.

"I love you Jem Jem to the moon and back. I can’t believe she’s nearly here. So grateful for everything.

"And thank you Sun for shinning today ."

In an adorable post, Nadia referred to Stacey's baby "pickle-Lilly", but then quickly clarified that this is just her nickname for the little one and not her actual name.

The former Eastenders actress wrote: "What a beautiful afternoon spent with a truly beautiful family.