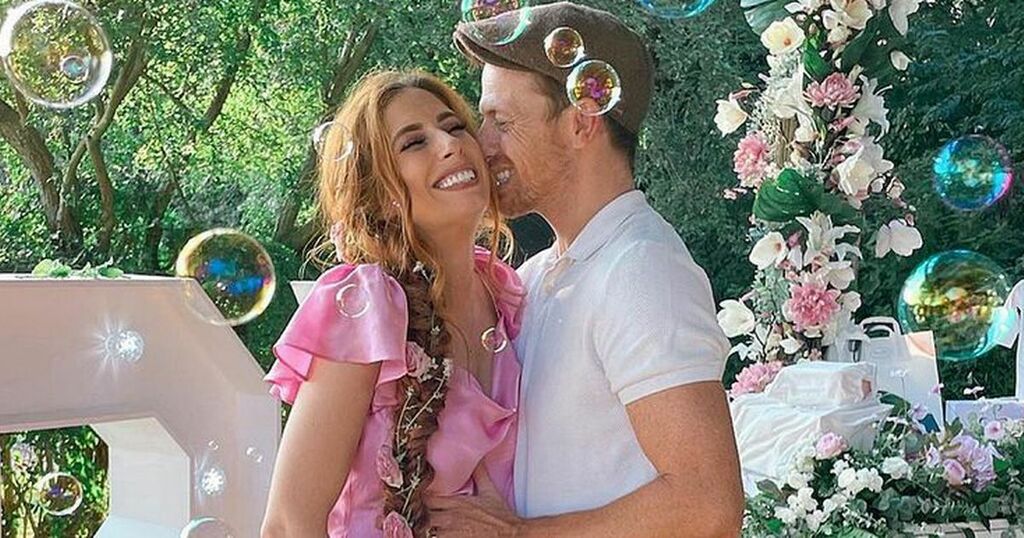 Stacey Solomon’s sister sent out invitations to Stacey’s baby shower – but some of her friends thought they were coming to her surprise wedding instead.

Jemma Solomon planned the pink-themed party for her younger sister, and admits she received messages from pals who assumed they’d been asked to watch Stacey and her fiancé Joe Swash get hitched.

Jemma, 33 told OK! Magazine that some partygoers didn’t get the hint even though the event was decorated with pink blossom, pink balloons and a tepee in honour of the couple's unborn baby girl.

She said, "So many people messaged me like: 'Is this a secret wedding?' And I was like: 'No! Does it not look like a baby shower?'"

Loving sis Jemma organised the party in the back garden of Stacey and Joe’s new £1.2 million home in Essex, which they’ve dubbed Pickle Cottage, as that’s the nickname Stacey has given to her children.

The former I’m A Celebrity Get Me Out of Here! winner, 31 is already a mum to Zachary, 13, Leighton, nine, and Rex, two. Rex is her first child with fiancé Joe, 39.

The couple announced their engagement on Christmas Eve last year, then broke the news that Stacey was expecting their second child together, a girl.

The happy event meant they've postponed their wedding until July next year. But that didn’t stop the speculation.

Some of the people who came to the baby shower included Stacey’s Loose Women colleagues Nadia Sawalha, Jane Moore and Judi Love.

Jemma also invited cleaning influencer Mrs Hinch, real name Sophie Hinchliffe, who is a friend of Stacey’s and lives nearby.

Jemma, also a mum of three, admitted that she didn’t let her younger sis get involved.

She said: "Stacey wasn't allowed down the garden at all. She had to stay in the house the whole day and she didn't walk out until when it started, so she had no idea at all!"

Jemma added, "Some of it I arranged quite far in advance, but the majority I did in a week and I did it literally the week before because I knew what I wanted. So I did it very quickly!

The businesswoman says Stacey is thrilled to be having a daughter after bringing up three boys, and she has been getting some practise in with her nieces.

Jemma said: "She loves my girls so much and every time when they are there she is like: 'Oh I am so excited to do this!'

"Then they give her a little bit of attitude and I am like: 'That also comes with it too!'"