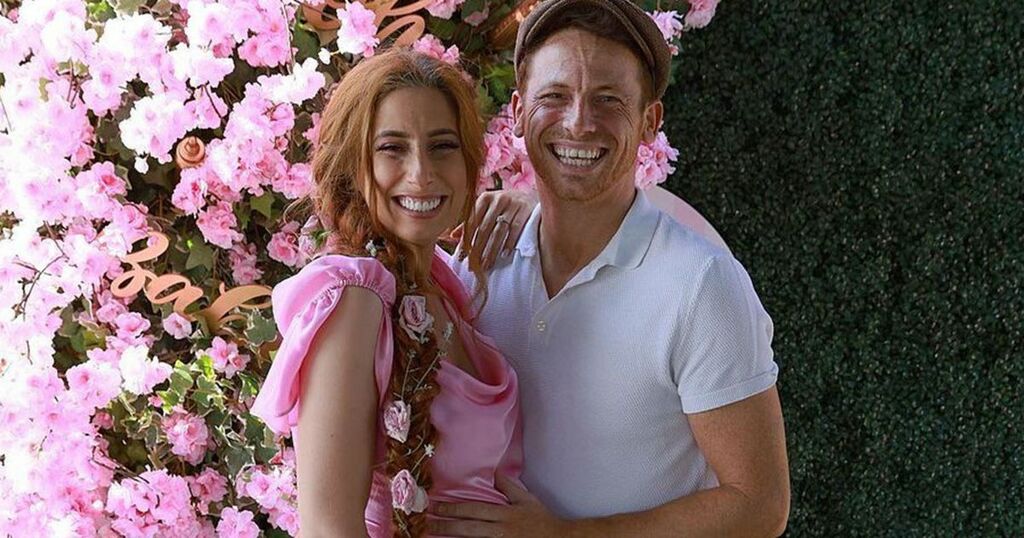 The O2 Arena was packed with celebrities on Thursday night for the National Television Awards, but Stacey Solomon was one famous face who was noticeably missing.

The pregnant star had been invited to the star-studded bash but confessed to her fans that she forgot all about the glitzy party.

The 31-year-old admitted that in the midst of preparing for the arrival of her fourth child in a matter of weeks, showing up on the red carpet of the swanky do slipped her mind.

The mum-of-three took to her Instagram Stories on Thursday night to reveal that she was watching the awards on television at home instead.

"When you feel like you have forgotten something?" the Loose Women presenter captioned the social media post.

Curled up on the couch with her sausage dog, the star added: "Another thing I forgot to do today. Go to the NTA's. Whoops."

The Instagram star giggled at her forgetfulness and shared a screenshot of her calendar with the awards clearly booked in.

The former X Factor contestant's schedule also revealed that her second child with fiancé Joe Swash is due in a matter of weeks.

The month of September in the star's diary has a note to keep things clear as the 'baby close' which suggests the media personality is due to give birth at the end of the month or early October.

Back in June, the I'm a Celebrity...Get Me Out of Here! star revealed she was due to give birth "towards the end of the year."

The star, who is engaged to former Eastenders actor Joe, will be welcoming her first daughter into the world when she does give birth..

Stacey, who shares Rex, two with Joe, as well as Zachary, 13, and nine-year-old Leighton from previous relationships, shared a sweet snap of herself and the actor as she announced the news with a sweet gender reveal snap on Instagram earlier in the summer.

Surrounded by pink balloons and her loving fiancé wrapping his arms around her growing bump, the pregnant star beamed as she spoke to her online fans following the gender reveal party.

"I can not believe I’m writing this…We are growing a little baby girl. To our darling boys, you are the best big brothers anyone could wish for and you’re (sic) little sister is the luckiest girl in the world to have you all by her side. I honestly have no words…"

Stacey and fiancé Joe Swash moved into their 'dream forever home' in March 2021 - just months after the former EastEnders actor popped the question to the mum-of-three.

Stacey's Instagram followers have enjoyed her updates and stories as she shares progress of her renovations to the £1.2 million Essex pad - affectionally dubbing it 'Pickle Cottage'.