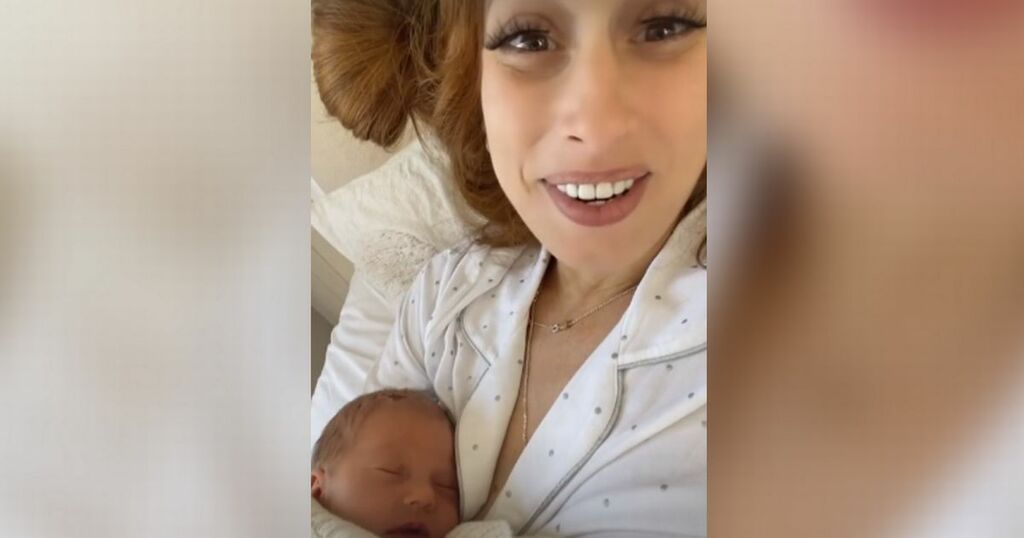 Stacey Solomon has spoken about her sadness as she struggles with breastfeeding again.

The down-to-earth mum-of-four has shared on her Instagram after welcoming her baby girl last week on her 32nd birthday.

Stacey, who previously revealed that she had struggled while feeding her son Rex who is now two, posted some words in solidarity and encouragement for fellow mums after being flooded with messages from well-wishers after the birth.

She wrote: "Your messages are just everything especially on these days when the milk is coming in and the oxytocin is on its way out.

"I just wanted to say I know these days can be the hard ones. Keep going.

The Loose Women panellist admitted: "So to anyone who might need to read this too I'm struggling again with feeding this time around so spending my energy trying to feed, eat and rest.

"Also seeing local breastfeeding specialists and the community midwives who have been incredible so hoping for a more positive journey in the end this time, but not putting pressure on myself. Even though it makes me a bit sad.

"Whatever will be will be."

In October 2019 Stacey shared a frank post about stopping breastfeeding Rex, who she welcomed with her fiance Joe in May that year, after he lost weight.

"So lots of people have been asking me if I’m still breast feeding. It’s taken me a bit of time to feel okay about saying no," she said.

"I stopped a couple of months ago and I really struggled to come to terms with it and actually say it out loud.

"Breastfeeding never happened for me the way that I imagined. I did my best to try and master it, but it wasn’t to be.

"On day five we ended up back in hospital because of weight loss and I ended up pumping in between feeds to make sure he put it back on so we could be discharged, then I continued this at home until he reached his birthweight.

"I then tried to switch to exclusive breastfeeding but whenever I did he lost weight again and It would break my heart to think that my own want to breastfeed was not helping my baby grow so I mix fed.

"As he got bigger his demand for milk got higher and my boobs couldn’t keep up the supply.

"By the time I did two full days back at work without him on the boob or pumping my milk dried up and before I knew it my breastfeeding journey was over. "

She added: "I felt sad for quite some time, every time he rooted my gut ached. I felt like I’d failed and that I’d lost the chance to have that special time and bond with Rex.

"But as time has gone on, I’ve realised the truth. The truth is, I did my absolute best.

"Every baby is different.

"I’m so lucky I have a few wonderful breastfeeding memories and some women don’t get that chance. I have an extremely special bond with Rex, one that would be there wether I breastfed or not, he grew in my tummy and we’ve known each other for a long time (we go way back) I love bottle feeding, it’s nice to share the feeding with Joe and our family sometimes too, they’re not stealing him away, just helping and bonding too.

"Doing things differently wouldn’t mean my journey would have been any different.

"He was a small, tired little pickle and he struggled to feed.

"But the most important thing is he was fed bottle/breast it doesn’t matter. Mamas u really are incredible."