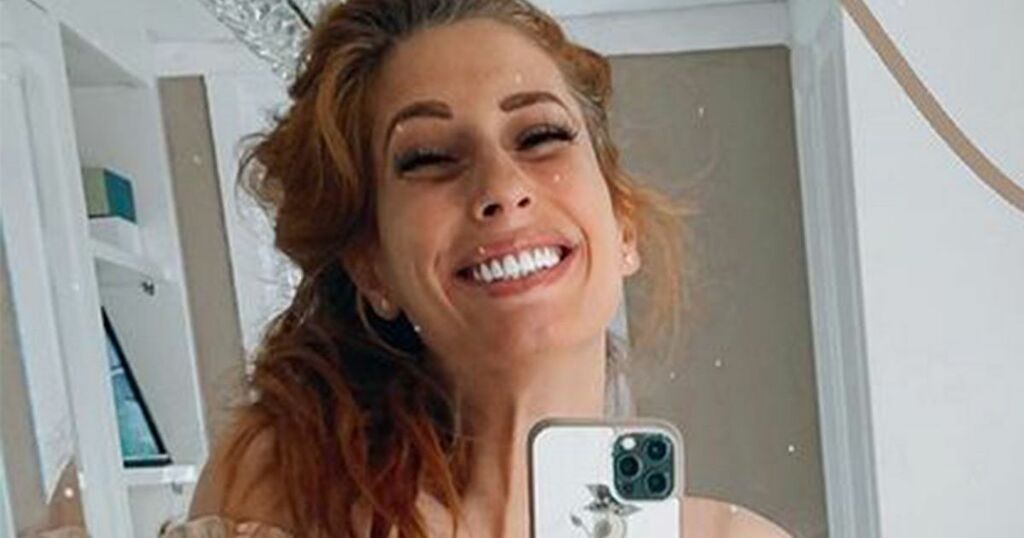 Stacey Soloman had addressed speculation she had given birth in secret.

Eagle-eyed fans of the 31-year-old believed she has welcomed baby number four after seeing a photo of Stacey posing in the mirror of her newly revamped Pickle Cottage dressing room.

The mum, who is thought to be weeks away from her due date, posed up in a billowing nude shirt and matching trousers.

She was soon innundated with messages from her fan base who guessed that she was back at home after having her baby girl.

One fan of the star stressed she “doesn’t look pregnant”, but Stacey was quick to deal with the rumours head-on.

"Going to take the boys for a long walk today, cook a roast and may even treat myself to a little craft half hour if I get the chance,” wrote Stacey.

But she promptly followed her post with another that aimed to clear up any confusion for fans who were convinced she’d had her baby.

"I promise I haven't secretly had the baby and just casually come on here like nothing happened,” she stressed.

"I'll let you know when I go into labour. It's just this top. A few more weeks left hopefully," insisted Stacey.

She then lifted up her shirt to show off her bump in all its glory.

The former X Factor and I’m A Celebrity Get Me Out of Here! star admitted in an interview that she had been scared about telling people she was pregnant again.

She has three children with three different dads, including current fiancé Joe Swash.

The pair, who got engaged last year, have a two-year-old son called Rex, and Stacey shares sons Leighton, 9, and Zachary, 13, with previous partners.

She is also step-mum to Joe’s son Harry, 13, from a previous relationship.

"I don't think having it [being pregnant] out there was ever a worry, but I was in denial,”she admitted on Instagram.

"We wanted to wait until a point when if it was happening, it was actually happening hopefully.

"Sometimes it's nice to share everything so everyone is involved in the experience, whether it's good or bad.

"Sometimes it's nice to just fester in a cave and stay safe and stay in.