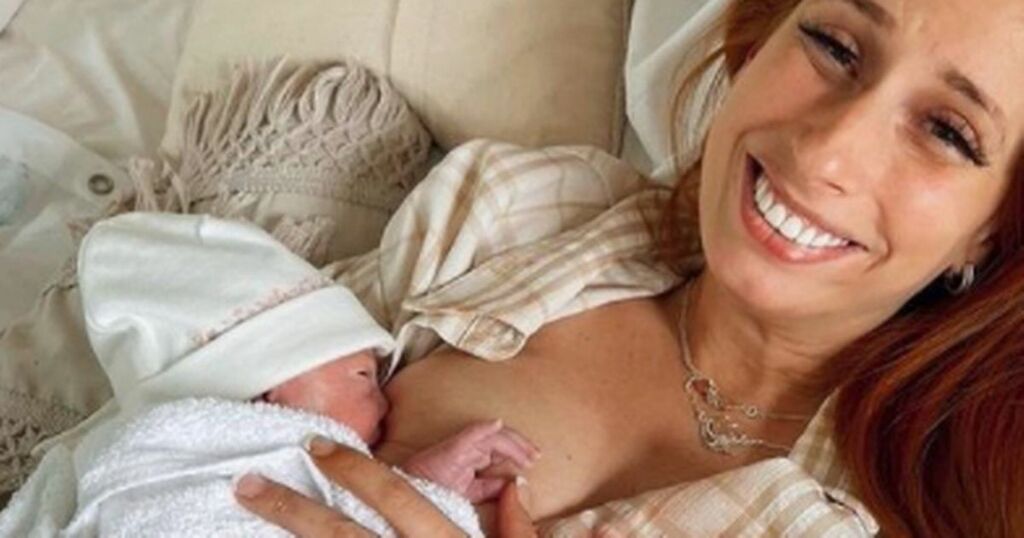 Stacey Solomon and Joe Swash's family is 'complete' now they have their baby girl, according to a source.

The couple, who got engaged on Christmas Eve 2020, welcomed their little girl last Monday on the Loose Women star's birthday.

And it's claimed their first daughter will be their last child, as a source says Stacey and Joe are happy with their brood.

"They were desperate for the baby to come," the source told New! magazine. "They just wanted this healthy little one and now that's it, that will be enough."

They added: "Their family is complete. They dreamed of having a little girl and now they've got her."

Stacey and Joe were so excited to welcome their baby girl as they are already proud parents to toddler Rex, as well as the TV star's two sons - Zachary and Leighton - from a previous relationship.

Joe also has a son named Harry, 14, who he shares with an ex-partner.

The source also added that the new parents are "pleased" her fourth pregnancy is over as it was reportedly tough for them.

"It's been tough for Stacey and Joe because they had all the little ones to look after and it just felt like a longer pregnancy. They're calling themselves The Waltons but it's over now."

Yesterday, Stacey revealed that she and her husband-to-be have finally chosen a name for their baby daughter.

Stacey revealed that she's been calling her little one by the name for the past couple of days, and it finally ‘feels right’.

Filming herself while having a cuddle with her newborn, Stacey told her fans: “I think we have definitely chosen a name for her.

“We’ve been calling her it for a couple of days and we think it’s who she is.

“So, we are going to choose her middle name and I just can’t wait to share it with you.”

Over the weekend, Stacey revealed that she longed to call her daughter Autumn but was turned off the idea when she realised her initials would spell out a rather rude word.

“We loved the name Autumn but then we realised her initials would be ASS," she told her Instagram followers.