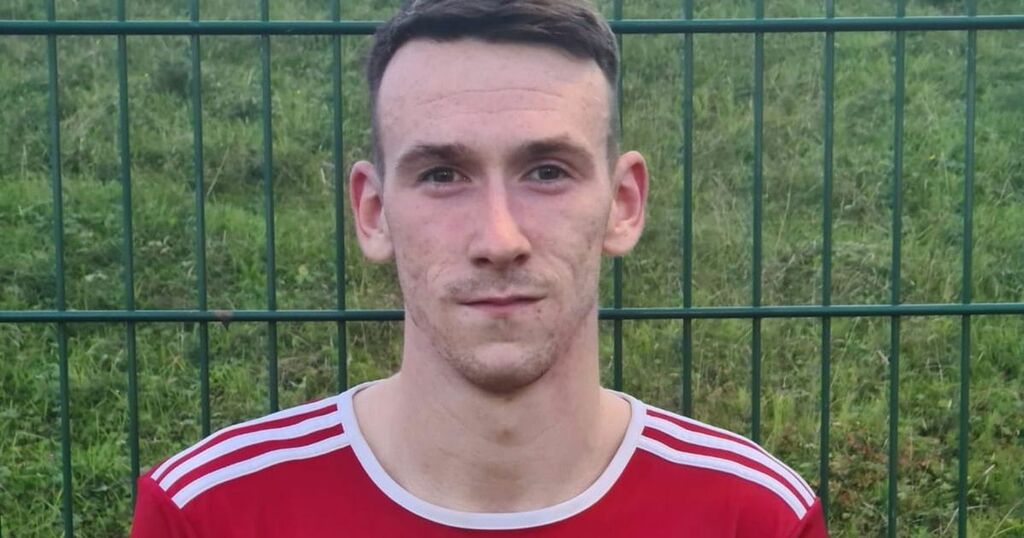 St Peter’s new striker Scott Lewis wasted no time in endearing himself to his new teammates after enjoying a dream debut for the Paisley club.

The Glenburn-based side sent out a message to their Division 4 rivals after comfortably seeing off joint-leaders Finnart 3-1 at New Western Park.

After becoming the team’s first ever signing from Benburb, Lewis set up Aaron MacDonald’s equalising goal before bagging a clinical brace to seal all three points.

Manager Paul McTaggart praised his new forward while insisting the victory shows his side are more than a match for every team in the division.

He told Express Sport: “Lewis became our first ever signing from Benburb and he certainly hit the ground running.

“As well as setting up MacDonald’s goal he produced two very classy finishes to take the game away from Finnart.

“It was a stellar performance from him and it was a shame he had to go off injured because he was desperate to grab a hat-trick.

“He was deservedly named man of the match and hopefully we can keep finding wee gems like that.

“Finnart had won their last five games before playing us and are still top of the league, so it was a huge win for the club.

“The second half performance was probably the best I’ve seen us play so far. It puts a wee marker down for our players in terms of the levels we can get to, and also tells the rest of the teams in the league that we shouldn’t ever be taken lightly.

“I was delighted with the result and hopefully now we can build on that going forward.

“I’ve got so much confidence in my squad and I know we can compete at the top of this league.

“We’re still a little bit behind the top two but you don’t win league titles at this stage of the season.

“We’re only a third of the way into the season now. For us it’s about kicking on in the middle part of the campaign now and seeing how far we can push up.”

As well as debutant Lewis grabbing the headlines, teenagers Jamie Menzies and Daniel Nixon also played a big role after stepping up from the club’s under-20 development team.

McTaggart was delighted with their performances as the club continue to stick to their ethos of giving local young talents a platform to strut their stuff.

He said: “Everything worked so well against Finnart. My two centre halves were excellent and won everything, while my midfield trio controlled the middle of the park.

“I have to give a special mention to Jamie and Daniel as well because they were both terrific. Jamie played the first hour while Danny got half an hour off the bench.

“They had both played the full 90 minutes of the development squad’s game on the Friday night before, so to come in and do so well at senior level already is remarkable.

“They blend in with the seniors as if they’re just part of the squad. That’s the best compliment I can give them at their age.”