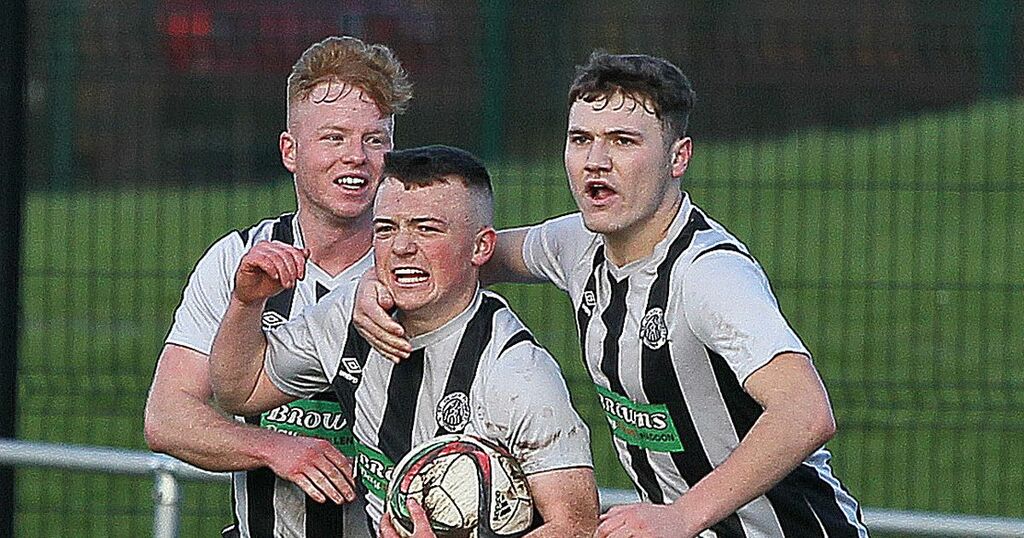 Liam Burns says Plunkett live to fight another day after they snatched a draw from the jaws of defeat in their promotion “six-pointer” against league leaders Tullycarnet on Saturday.

The East Belfast men led twice up in Lenadoon, and were pegged back twice, with Conall Duffy’s long range screamer levelling things in the first half, before an injury-time penalty from Michael Healy salvaged a point for the hosts just a few minutes after the visitors thought they’d nicked it.

It was a full-blooded encounter, in keeping with what was at stake, a marginal advantage in 1C’s fraught battle for the top two spots.

As things turned out, however, both sides couldn’t be separated, with Burns left to contemplate what it will take for one team - and for him hopefully Plunkett - to break free of the pack.

“It’s still in our own hands,” said Burns.

“There are four or five teams, for me, who are going for two spots in this league, but it’s in our own hands.

“We must have used 20 players this season, but hopefully they are all back now and all committed.

“Now, hopefully our squad can make this a priority over the next two or three months, because the talent is there, the talent in that group is scary.

“So we’ll be there or thereabouts, I’ve no doubts about that.”

Looking back on a frenetic game on Saturday, Burns felt a draw was just about the right result.

“It was a feisty wee game, but it was played in the right spirit in the end, there was a lot to play for, obviously,” he said.

“It was a six-pointer and honours shared. We didn’t start the game, the first 15 minutes they were on top, and then we found our feet and found our form.

“We hit the crossbar and we had a couple of really good opportunities to go ahead, especially in the second half with boys who usually produce the goods in those situations.

“So we could have been two or three up in my eyes, in the second half, and at that stage, obviously we were wanting all three points because we were on top.

“And then they got one, so at that stage, from being disappointed we couldn’t get all three, we had to get something.

“I don’t think we did ourselves justice, and the Christmas break didn’t do us any favours, we’d a few Covid cases which upset the balance of the team a bit, but they’re all back next week.”

Which is timely in itself with two tough fixtures, a resurgent Woodvale, and title challengers Shorts, coming over the next fortnight.

“Everyone in and around that top four or five still have to play each other,” added Burns, joint-manager at Plunkett alongside Eoghan McGonigle.

“We have Woodvale this week and Shorts the week after. Woodvale are Woodvale, they are always strong and competitive, a lot of the teams are similar, they are all very competitive, sometimes it’s just who has that wee bit of quality, I find, on the day comes away with the points.

“And I feel we have got quality all over the pitch, so for us, it’s just getting that wee run together.”