St Mirren Women head coach Kate Cooper believes her players’ desire to keep on improving will help them rocket up the table.

The Buddies pulled off an impressive 4-3 away victory against Edinburgh Caledonia on Sunday, firing themselves up to joint-fifth in the SWF League One table.

The Saints had raced into a 3-0 lead thanks to efforts from Ceara MacIntyre, Lesley Birrell-Palmer and Maxine Fury.

Despite allowing the capital side to come back into the clash, Fury added a second late on to secure all three points for the Paisley side.

And Cooper insists her squad’s determination to get better with every game stands them in great stead as confidence continues to grow at the club.

Cooper told Renfrewshire Live Sport: “The first half performance was very pleasing. We dominated the first 45 minutes and scored some good goals, the third in particular was a very well-worked team goal.

“We allowed them back into the match, which was disappointing, but there is real progress there in this team.

“We’ve always made a lot of opportunities but now we’re starting to take them more regularly. We’re still learning every week, especially how to manage periods of the game.

“But overall the performance was very good and what pleased me most was to see that the players at full-time were still feeling like they could do better.

“There’s a real hunger to improve every game and we’re making those marginal gains every week.

“We’re sitting in the top half of the division now and there’s a bit of a gap forming as well. It’s great to be involved at the top end of the table rather than the bottom like last season.

“The players are definitely feeling more confident and that is showing in both our performances and our results.

“It was great for both us and the men’s team to win on Sunday as well. It was a great day for the club and we got lots of messages from fans about that as well.”

The Buddies face a stiff test this weekend when they take on FC Edinburgh Women in the SWF Championship and League One Cup, a side who recently beat them 4-0 in the league.

Cooper is confident her side will have learned their lessons ahead of the crunch tie at Meadowbank Stadium in the capital on Sunday afternoon.

Cooper said: “It’s a real test for us up against FC Edinburgh again. They did beat us 4-0, but the feeling in our camp was that the scoreline flattered them in that game.

“We lost goals at the end of both halves which is something we’re working on. This tie allows us to see what we’ve learned since that first game so we’re looking forward to it.

“It’s a big, new 5G pitch at Meadowbank and luckily we played against Edinburgh Caledonia at the same ground.

“We had to adjust to it, the way the ball bounces and the speed at which it moves, so the promising thing is the players are already used to the surface and the venue now.

“We’re well prepared for it and hopefully we can get ourselves into the next round.” 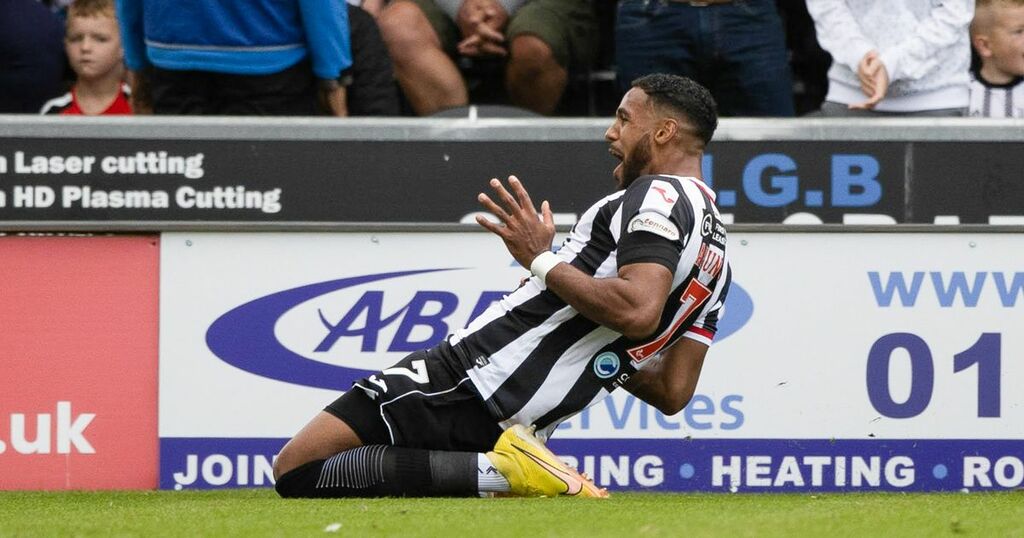 Jonah Ayunga savours claiming 'biggest scalp' Celtic as he switches from spectator to star of show
The St Mirren striker played a key role as the Paisley side sealed a rare victory against Celtic.

Daily Record
From analysis to the latest developments in health, read the most diverse news in one place.
John Needham says giving Celtic fans one stand was right call and highlights 'encouraging' attendance comparison

The Buddies chairman believes there were several positives to take from the match which saw Celtic's allocation halved.

An eyewitness reported seeing several police cars arrive at Meadowbank Stadium, home of FC Edinburgh, after they received a concern…

The Forthbank side blew their opponents away with four goals in the first half.

Daily Record
One place to find news on any topic, from hundreds of sites.
Rangers fans buzzing over Celtic forget they've got two top stars working their ticket - Hotline

Gordon Parks took your calls as the arrival of the international break did little to quell domestic feuds.