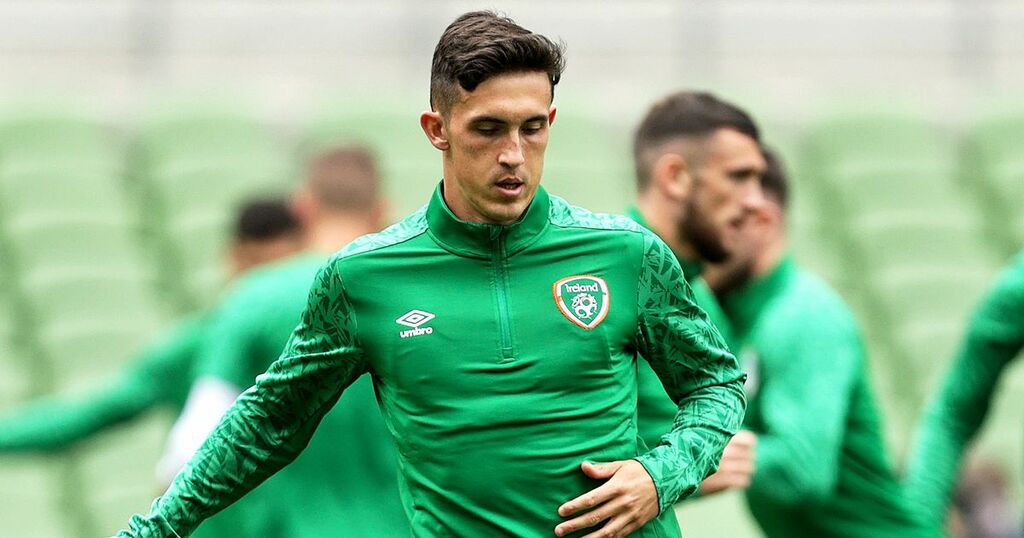 The Buddies managed to hang onto their prize asset on the final day of the transfer window and, although Goodwin is resigned to losing him in the long term, he expects the player to offer full value to the team before then.

“I’m absolutely delighted that we managed to hold on to one of the best midfielders in the league,” Goodwin said. “That can only be a positive for us.

“I would imagine, off the back of two really good performances last week for the Republic of Ireland, Jamie would have a number of other options available to him, both in January and at the end of the season.

“There will be an offer on the table from us but we’re not stupid, we realise we don’t have the finances available to us that the likes of Hibs and some of the other teams down south have.

“For the time being, myself, the staff, the players and the supporters here will enjoy the benefit of having him here and Jamie, as I know only too well, will be the type of character who will knuckle down and get on with things and do his best for the team for as long as he’s here.”

Goodwin says he failed in a bid to add to his squad before the transfer window closed but was delighted to secure Australian full-back Matt Millar and attacking midfielder Connor Ronan on a season-long loan from Wolves.

“Connor is a real quality player who will excite the fans,” Goodwin said.

“I think we have had a really good window. We managed to get a lot of our business done early. One or two fell by the wayside but I think overall we’ve got to be satisfied.”

Ronan has recovered from a foot injury that forced him to miss the last game of the season for Grasshopper Zurich and he could make his debut against Dundee United on Saturday.

“He’s not as up to speed as we would like and neither is Matt but they’re definitely fit enough to be part of things on Saturday and I’ll make a decision later on what the starting XI is going to be,” Goodwin said.

Saints are looking to break their duck after drawing two and losing two of their first four matches of the cinch Premiership season.

“We’ve not quite got going yet in the league,” Goodwin said. “We’ve had a difficult start but same time not been playing terribly bad either.

“We have to go into the Dundee United game full of optimism , be positive and believe that we’ve got enough to get our first win of the season.

“They had a great result and a great performance against Rangers but they will be disappointed with the Hearts result.

“They are a good side and they will obviously be coming here wanting to make amends for the result against Hearts.”