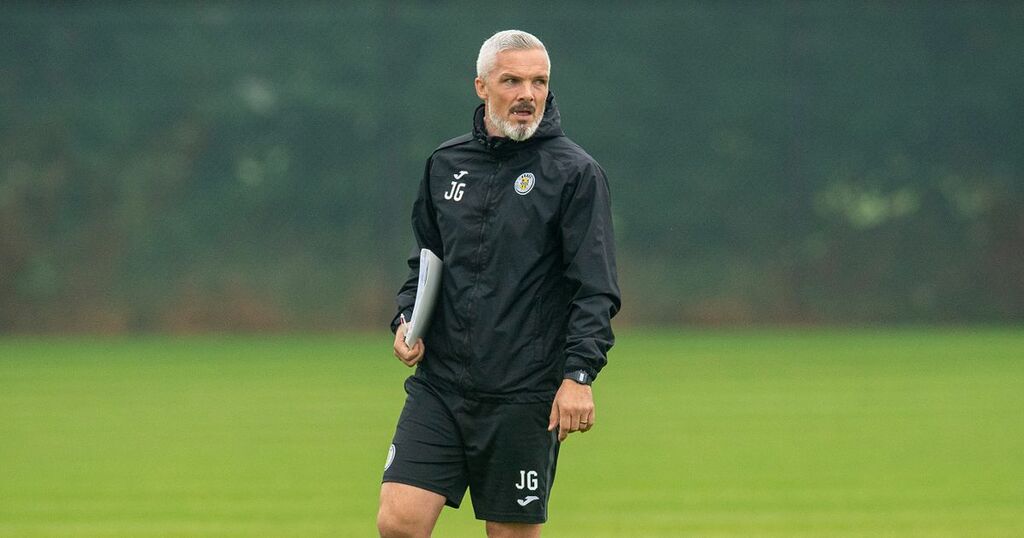 Jim Goodwin believes the introduction of vaccine passports for fans to be allowed into the biggest football grounds in Scotland would be undemocratic.

The Scottish Government are considering the measure to try and halt a rising number of coronavirus cases, with all events for more than 10,000 people potentially having to show proof of having two doses of the vaccine if voted through by MSPs.

The St Mirren boss is adamant people should have a free choice to either get the vaccine or not, and is calling on the SFA and SPFL to fight the decision should it pass through the Scottish Parliament.

“It’s not something I would be urging the government to do.

“I think as I’ve said in months gone by, people have the right to a decision and a choice in whether they get vaccinated or not.

“Having to show vaccine passports to go to concerts and games of football is not something I would encourage.

“That’s my own opinion on it, I know people will jump all over it and question what kind of education I’ve got in politics. I’ve got none.

“But I have an opinion on things and I believe that people have got the right to a choice.

“I don’t think this is something that we should be forced into and I hope the SFA and the governing bodies and all of the football clubs stand up to it.

“We shouldn’t agree to this kind of thing happening.”

St Mirren manager Goodwin is preparing his squad for this weekend’s clash with Dundee United, as they continue to hunt their first Premiership win of the campaign.

As well as new recruits Matt Miller and Connor Ronan, the Irishman is delighted to still be able to call on star midfielder Jamie McGrath for Saturday’s match after Hibs “frustrating” late pursuit fell through at the eleventh hour.

Goodwin said: “We weren’t going to sell McGrath at the last minute if the deal wasn’t right for us.

“We’ve been backed into a corner on far too many occasions with certain players. It is frustrating when clubs leave it to the last hour to try and force a deal through.

“There’s a lot of mind games involved in it. I don’t blame Hibs or any other club that came in with a late bid, it’s just part and parcel of the negotiation process.

“People don’t want to play their hand too early because it’s a show of weakness, but I’m glad we dug in for what we felt was a fair valuation for Jamie.

“It didn’t quite happen in the end, we ran out of time but he’s here and he is as committed as ever.

“He’s had a great week away with the Republic or Ireland and played two more competitive games. His stock is only rising at the moment.

“This might well end up being a blessing in disguise because, while the Hibs one fell through, there might be three or four very big clubs that come in in January and try to sign him then.”