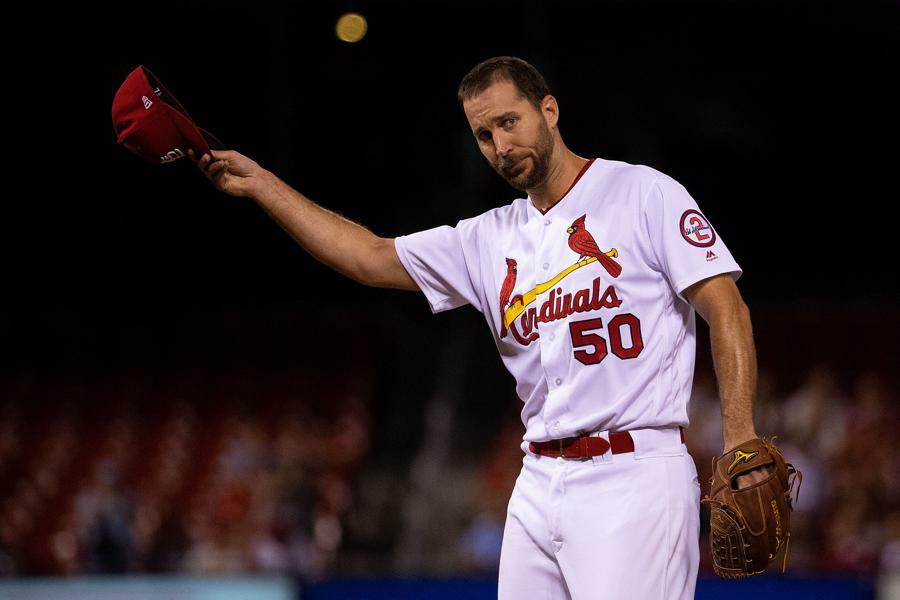 It feels like Adam Wainwright has been pitching for the St. Louis Cardinals for forever. That’s because he has. In fact, he is still one of the few remaining MLB players that is older than me, so that’s nice. However, Wainwright seems to have found another gear in 2021 and although he won’t garner any Cy Young considerations this year, he is having one of his best seasons ever at the age of forty.

Yeah. He’s forty. Which is old enough to make a TikTok content creator’s head explode when you remind them that they will be that age one day too.

Speaking of heads exploding, Adam Wainwright has very quietly been dominant this season, but he has been particularly dominant over the second half.

Wainwright had a solid first half by posting a 3.58 ERA over 105.2 IP. He has gone bananas in the second half as he is presently sporting a 2.02 ERA over 84.2 IP. His peripherals back up his strong performance as he’s posted a 2.93 FIP in the second half and he has only posted an ERA over 3 in one month since June. This has been one of the best stretches of his career.

At this point, everyone is familiar with Adam Wainwright’s best weapon. He possesses one of the most iconic curveballs in recent memory. It seems that Wainwright is also acutely aware of that and he has leaned on his curveball heavily this season.

Now that the 2021 season is almost over, it is a good time to look back on trends in 2020. The issue with 2020 data, is that it was easy to dismiss for being too small of a sample. Now with almost a full season of data in 2021, the 2020 data can provide important context clues. Namely, Adam Wainwright’s curveball usage.

In 2020, Wainwright threw his curveball more than he has in any other season by throwing it 38.3% of the time. The other interesting wrinkle about Wainwright’s curveball is that he had thrown it on average a full mph slower than he had in any full season prior.

His reliance on his curveball as his primary pitch has not only helped Wainwright keep hitters off balance, but it has also helped reduce the amount of hard contact he has given up.

So far this season Wainwright is 25th in Barrels per Batted Ball Event, but he has done so by having the most batted ball events of all of the top 25 pitchers in that category. Meaning that he does give up more contact than most pitchers, but his stuff has been sharp enough to be among the leaders in missing barrels.

It would also seem that the reduction in velocity of Wainwright’s curveball has attributed to its success as well. Although correlation does not equal causation, the decrease in velocity has led to more vertical movement on his curveball. In turn, his curveball has become much more effective over the past two seasons than it had at higher velocity.

Furthermore, Wainwright throws every pitch from the same relative release point making his pitches incredibly hard to read. Especially when considering they all come out of a similar tunnel.

Adam Wainwright had a signature moment in his rookie season when he froze Carlos Beltran to end the 2006 NLCS in game 7 with a knee buckling curveball. Although many people believe he did the same to clinch game five 2006 World Series, he actually struck out Brandon Inge on what appeared to be a slider or cutter. Either way, Adam Wainwright’s curveball has allowed him to put an emphatic stamp on his final years for the St. Louis Cardinals, but at this rate he may be able to keep going another season.