Sri Lanka has defaulted on its debts for the first time in its history as it struggles with an economic and political crisis triggered by global shock waves from the pandemic and the war in Ukraine.

An inflation rate spiralling towards 40%, shortages of food, fuel and medicines and rolling power blackouts have led to nationwide protests and a plunging currency, with the government short of the foreign currency reserves it needed to pay for imports.

The Sri Lankan central bank governor said on Thursday that the oldest democracy in Asia had fallen into a “pre-emptive default” on its debts after the expiry of a 30-day grace period for missed interest payments on two of its sovereign bonds. It is the first default by an Asia-Pacific nation this century, according to the credit rating agency Moody’s.

Speaking on Thursday after the deadline passed for making $78m (£62.8m) of payments to international creditors, Nandalal Weerasinghe, the central bank governor, said: “Our position is very clear: until there is a debt restructure, we cannot repay.”

Sri Lanka has suspended repayments on about $7bn of international loans due this year, out of a total foreign debt pile worth $51bn. The country’s finance ministry has said it has $25m in usable foreign reserves.

Economists fear Sri Lanka could be the first in a wave of defaults, as other low- and middle-income countries struggle with runaway inflation and supply shocks. The IMF has opened rescue talks with Egypt and Tunisia, both big importers of wheat from Russia and Ukraine, and with Pakistan, which has imposed power cuts because of the high cost of imported energy. Turkey is battling 70% inflation but has so far avoided the need for a bailout.

Weerasinghe told a news conference on Thursday that adequate dollars had been released to pay for fuel and cooking gas shipments, helped by $130m from the World Bank and remittances in foreign currency sent home by Sri Lankans working overseas.

The central bank alongside the government has begun discussions with the International Monetary Fund aimed at working towards a programme to address its economic challenges. “Expeditious arrangements are being made to commence the external debt restructuring process,” it said.

Negotiations have also been started to obtain bridging finance to secure foreign currency required to finance imports of essential goods and to strengthen the nation’s social safety net programmes, it added.

Sri Lanka’s new prime minister, Ranil Wickremesinghe, said this week that the crisis would get worse in the next couple of months before it could get better.

The worst economic crisis since Sri Lanka’s independence in 1948 has led to the resignation of Mahinda Rajapaksa as prime minister after months of protests that involved violent, fatal clashes on the streets of the capital.

The Covid pandemic had triggered a collapse in tourism, leading to a fall in foreign currency income and rising debt levels – a situation made worse by the surge in global commodity prices this spring, exacerbated by Russia’s war in Ukraine.

President Gotabaya Rajapaksa, who appointed Wickremesinghe to replace his brother as prime minister, has continued to refuse to bow to demands of the electorate and has held on to power.

Inflation in Sri Lanka is expected to rise close to 40% within months, having reached almost 30% in April, with food prices up by about half in the past year. The Sri Lankan rupee has fallen by 45% against the dollar since the central bank stopped defending the currency in early March, at a time when the US currency has risen sharply in value on foreign exchange markets as the US Federal Reserve raises interest rates in response to rising inflationary pressures. 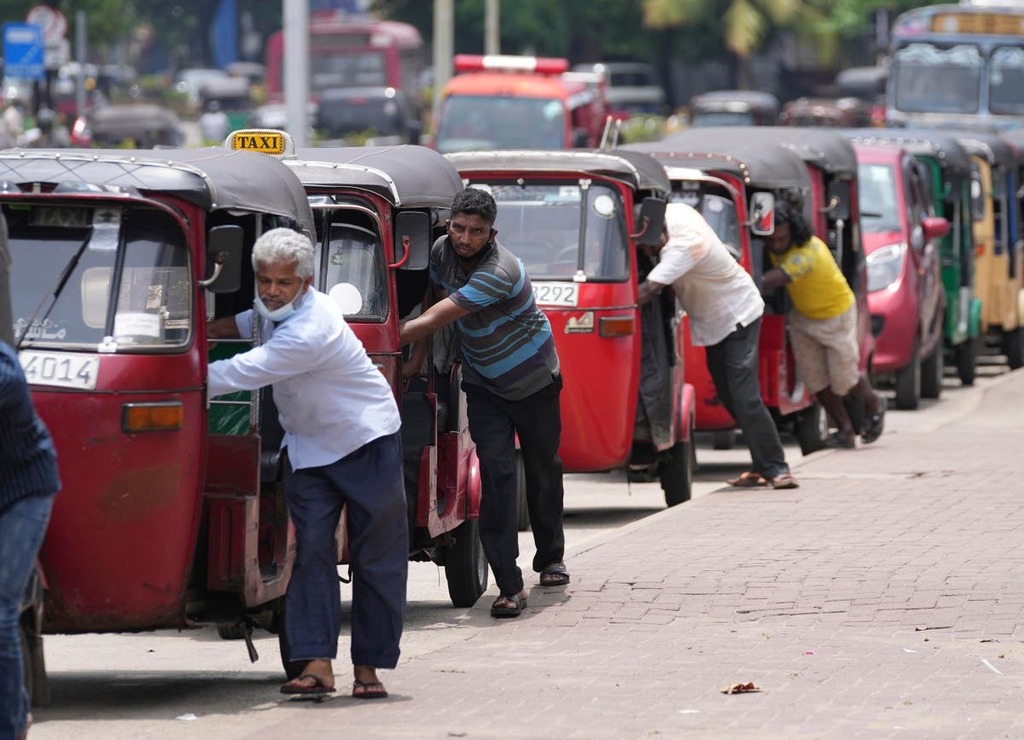 China becomes wild card in Sri Lanka's debt crisis
China says its initiative to build ports and other infrastructure across Asia and Africa, paid for with Chinese loans, will…

The Independent UK
From analysis to the latest developments in health, read the most diverse news in one place.
Sri Lanka to default on debt, no money for fuel, minister says

Sri Lanka has defaulted on its international debt obligations, after the government confirmed it had not been able to make…