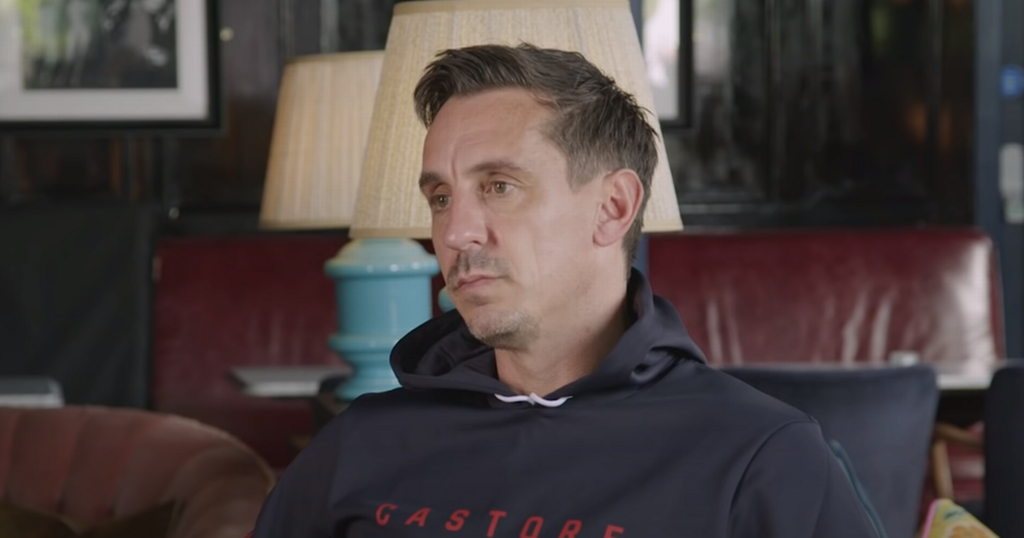 Gary Neville has labelled Tottenham as a top-four side after a perfect start to the new season and at the same time has sent a cheeky jibe at Arsenal in the process.

Nuno Espirito Santo's side are looking to continue their 100 per cent winning start to the season as they aim to take a London scalp in Crystal Palace on Saturday afternoon with the intention of extending their narrow lead at the top of the Premier League table.

Meanwhile, Tottenham's arch-rivals Arsenal are experiencing the complete opposite when it comes to how they are faring so far this season.

Rock bottom of the league table with zero points and a minus nine-goal difference now means their game against fellow early-season strugglers Norwich City later on in the day could prove pivotal if Mikel Arteta's side are looking to already bridge that nine-point gap between themselves and Spurs.

Amid all the talk of who will and won't make the cut for the top four come the end of the season, Sky Sports pundit Neville has given his opinion on how he sees each team at this current moment, taking only form into consideration.

“Arsenal fans will probably now quote some stats now. They think I hate them anyway. They drain me. Start winning, and I will start praising you again.”

Similarly, Premier League legend Alan Shearer has inadvertently hinted that he doesn't see Spurs' north London rivals anywhere near the top four due to the defensive issues that were on show against Brentford on the opening night of the new 2021/22 campaign.

‘’Arsenal just looked underprepared for all of what was thrown at them and they just couldn't handle it," he said, speaking on BBC Radio 5 Live.

“Brentford were amazing and they deserved to win the game and get three points. I know Arsenal had some big players missing and they could have made a huge difference, but they still had the same old problems.’’

“Defensively, they looked so poor and I was a bit surprised with Arsenal, because you know what is coming, just get ready for it, and they weren’t."