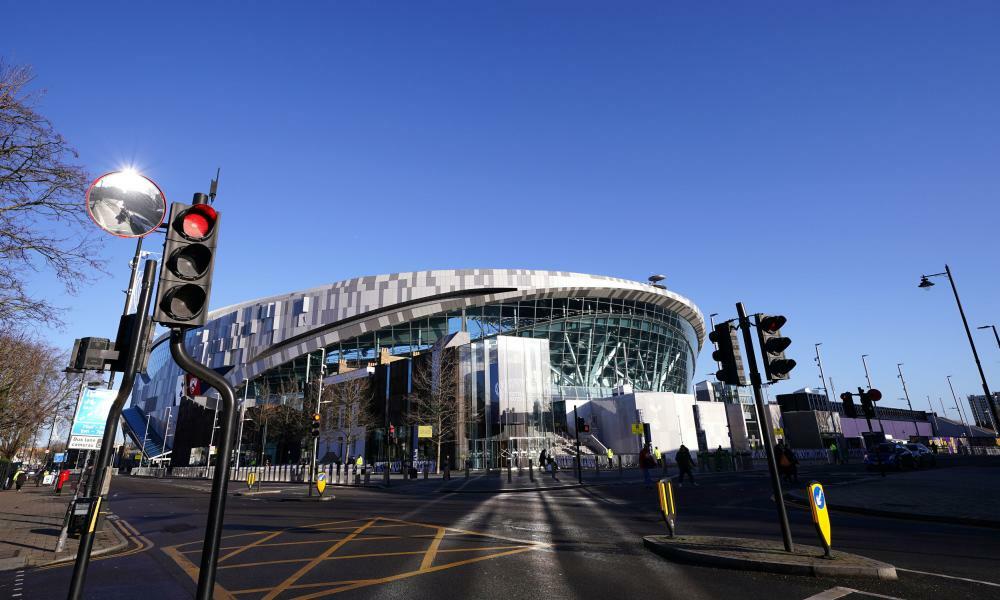 Watching a faux contrite Boris Johnson take a pummelling from Keir Starmer at prime minister’s questions over the illegal lockdown garden party he attended by mistake because he thought the 40 other people getting leathered in his back garden were all hard at work, The Fiver was reminded of last week’s Caffeine Cup semi-final first leg between Chelsea and Tottenham. In a match where they landed one blow after another and quite clearly had their opponents on the ropes, Chelsea came up a little short when it came to finishing them off, leaving Antonio Conte’s side with a faint glimmer of hope they might yet wriggle out of the very real mess in which they currently find themselves.

While the prime minister is relying on the inquiry he hopes will get him off on some sort of nonsensical technicality, Tottenham have Wednesday’s second leg at Stamford Bridge in which to try to turn things around. It is a game they go into needing to overturn a two-goal deficit if they are to make the final of a competition they last won in 2008. To do so they will have to up their game considerably from last week’s dismal showing in which they were outclassed to such an extent their players could have been forgiven for not realising they were at an actual work event.

“For sure, when you play against this type of team, it’s hard,” blabbed Antonio Conte. “At the same time, despite our problems with injuries, we have to try to give everything.” He will be hoping the players he selects give a better account of themselves than those who were pretty feeble in victory over Morecambe in the FA Cup on Sunday, a game in which the dismal showing of several fringe players sent him scuttling off to his boss to gesticulate furiously in the traditional Conte style as he demanded several new January recruits.

Missing several key players through knack and illness, the leader of Tottenham’s opposition Thomas Tuchel, who held “clear the air talks” with his disaffected striker Romelu Lukaku before last week’s first leg, insisted he will not be trying to alter the style of play of Chelsea’s £89m summer acquisition, who has been conspicuously out of sorts since his return to Stamford Bridge from Inter.

“Once he adapts to the physical style of the league there is no doubt he will have a huge impact,” said Tuchel. “We will not reinvent his style or reinvent the player. He can simply be Romelu and then we are all fine and then he will score because this is what he always does.” And in the unlikely event that he doesn’t? Well, Chelsea could always stage an internal inquiry to find that despite all available evidence to the contrary he is in fact still banging them in.

Join Barry Glendenning at 7.45pm GMT for minute-by-minute updates on Tottenham 1-1 Chelsea (agg: 1-3) in the second leg of their Milk Cup semi-final.

“I don’t really care about the next World Cup, which is not a real World Cup for me. It’s only about money and the way they treated the people who built the stadiums, it’s horrible” – Eric Cantona goes in two-footed on the Human Rights World Cup.

Get your ears around the latest Football Weekly podcast here.

“So why does Jonathan Dobson get special treatment (Tuesday’s letters)? The other 1,057 of us have to bin The Fiver ourselves” – Justin Kavanagh.

“Reading yesterday’s bit (or possibly bob) on Kazuyoshi Miura, I found myself wondering if there has ever been a less inspiring name for a football club than Suzuka Point Getters (鈴鹿ポイントゲッターズ, Suzuka Pointo Getta-zu), normalising the jargon so beloved of losing football managers about being disappointed not to come away with a point?” – Dan Croft.

“Are Spurs the new Arsenal? Are Arsenal the new West Ham? Are West Ham the new Manchester United?” – Krishna Moorthy.

“In the last few months, and not for lack of trying. I’ve failed to find my way into the letters section. Recently, however, I’ve spared myself the disappointment: there hasn’t been anything to write about, which I take it explains your Rollover day of a few issues back. The football world I take it is unchanging, so I’m asking myself if The Fiver hasn’t secretly launched a new Stop Football campaign designed to asphyxiate the sport by way of slow strangulation boredom. It could be that I should start watching the games again rather than awaiting their evisceration in The Fiver” – Hanford Woods.

Send your letters to the.boss@theguardian.com. And you can always tweet The Fiver via @guardian_sport. Today’s winner of our prizeless letter o’ the day is … Dan Croft.

Mali beat Tunisia 1-0 at Afcon amid chaos and confusion as the referee blew up early, meaning the match had to be resumed 20 minutes later –with only Mali returning to the pitch – so that it could end again.

Greater Manchester Police have begun an investigation after bullets and threatening letters were reportedly sent to Oldham owner Abdallah Lemsagam and his brother.

Mo Salah’s contract talks are going just fine, according to Jürgen Klopp. “I am very positive about it. I’m pretty sure the fans are not as nervous as you [the media] are,’ he nothing-to-see-here-ed. “The know the club, know the people here who are dealing with things.”

Lucas Digne is just a cough for the doctor away from joining Aston Villa from Everton for £25m.

Mikel Arteta reckons Arsenal are still big enough to attract the world’s best. “Any time I have spoken to any player, they were so willing to come,” he roared. “That’s one of our biggest powers, our capacity to get the attention of people to come and join our club.” His dad may also be bigger than your dad.

Veljko Paunović reckons Reading “let down a lot of people” in their 7-0 shellacking by Fulham but he’s ready to start swinging to get his side back on track. “I am a professional, I am a fighter and I’m ready to fight,” he roared. Meanwhile, if you haven’t seen Andy Carroll’s two disallowed goals, here be gold.

Ralph Hasenhüttl was grateful Southampton saved their “best performance at home since 2017” for the first match under new owner Dragan Solak as they walloped Brentford 4-1.

Jermain Defoe, 78, has left his role as player/coach at the Pope’s Newc O’Rangers.

Are Barcelona really back, as their chief suit roared last week, or just using short-term fixes for long-term problems? Sid Lowe assesses the state of things at the Camp Nou.

Manchester United’s Ella Toone gets her chat on with Suzanne Wrack about her ‘amazing and overwhelming’ 2021.

Elsewhere in the WSL, Arsenal have hit the wall. Suzanne Wrack sifts through what’s gone wrong.

Attack or defence? What should a new manager prioritise to keep a team up, asks Chris Evans.

This week’s Knowledge mulls over the longest gaps between players’ appearances for one club, high-scoring aggregate draws and Portsmouth’s infamous 2013 calendar.