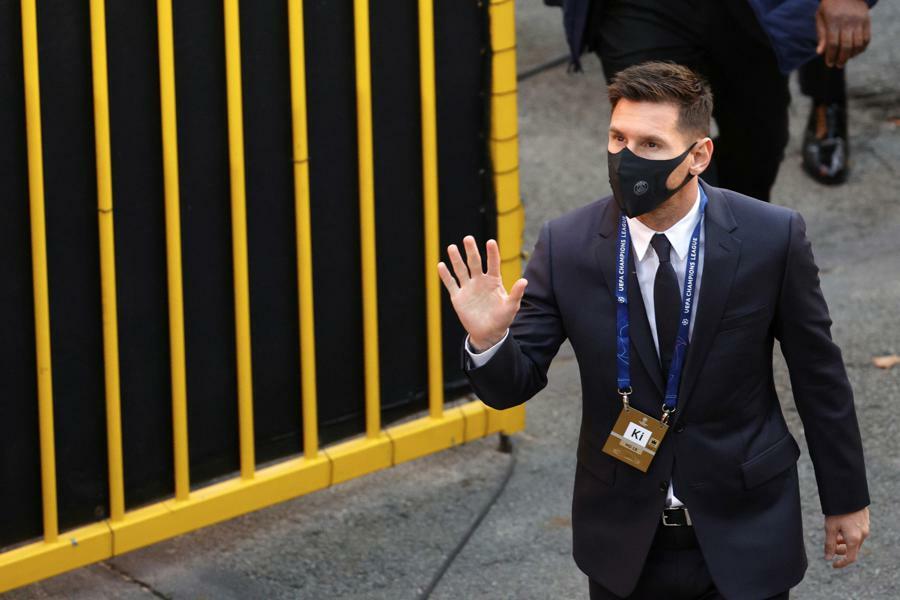 They had staked out at the hotel, they applauded him during the warm-up and cheered his name. First they got a glimpse, then they were rewarded with a full 90 minutes. The Club Brugge fans and the away support from Paris at the cramped and decrepit Jan Breydelstadion, and the millions in the TV audience, got what they all wanted: Messi at kick-off in Brugge, a quaint, provincial town in Flanders and home to the Belgian champion.

This was Messi’s European debut for Paris Saint-Germain, alongside Neymar and Kylian Mbappe in the fabled MNM trident, the ultimate symbol of PSG’s status and spending power in European soccer. From the onset, every PSG incursion was incisive and dangerous, Ander Herrera, unmarked in the penalty box, slotting home in the 15th minute. But Brugge didn’t quite follow the David-vs-Goliath script. Midfield metronome Hans Vanaken equalized with an infiltration of his own.

No matter the opposition, no matter the individual class of MNM, Brugge simply didn’t want to be belittled. It doesn’t happen often anyway. The club’s domestic existence is something of an endless victory parade. In fact, on the back of two league crowns and financial stability, the club’s hierarchy likes to think it has outgrown Belgium. Onwards and upwards with plans for a new 40,000-seater stadium on the site of the current Jan Breydelstadion, and even a BeNeliga, a cross-border league with the Netherlands, so as to generate more revenue and close the gap with Europe’s elite, is under consideration. Not all of Brugge’s plans come to fruition after all. Last spring, an IPO, a first for a soccer club in Belgium, failed.

The club tops the Belgian league table, seeking to win a fourth crown in five seasons. In the last two transfer windows, they outspent Real Madrid. In Charles De Ketelaere, Brugge has home-grown talent with great sell-on value, a testimony to its improved youth development. Brugge understands its role as feeder club. This summer they banked more than 30 million euros from transfers and they will get as much, if not more, from Champions League participation, a handy sum to further cement its domestic dominance. At 100 million euros, the club’s budget easily outstrips that of local rivals.

The ultimate goal is to survive the group stage of Europe’s premier club competition. Last season, Brugge came within a whisker with a 2-2 away draw against Lazio, but, ultimately, those sterling credentials count for little in the Champions League. In group A, the Belgians supposedly don’t have a sliver of hope. That has in part to do with the draw - PSG, Manchester City, both finalists in previous editions, and RB Leipzig as opponents. Gulf money. Huge corporate backing. All three nouveaux riches clubs have resources that Brugge simply can’t match.

And yet, by half-time those privileged fans in the stands weren’t applauding the great and the good from the French capital, but their own heroes. Brugge impressed, with star roles for Jack Hendry and Noa Lang. After the equalizer, Vanaken, again, and De Ketelaere proved a scourge for the PSG defense. At the other end, Messi’s attempt kissed the woodwork.

Of course, PSG could be excused for not quite considering this to be the match of the season. On the eve of the game coach Mauricio Pochettino stressed that his stellar cast was not a team yet. Predictably, the front three, even after Mbappe’s exit for Mauro Icardi due to injury, didn’t track back. It allowed Brugge to go toe-toe and that lax attitude wasn’t fatal on Belgian soil. Messi remained peripheral, but tested Brugge goalkeeper Simon Mignolet from close range after a double pass with Neymar. The Brazilian was nowhere to be seen.

At no point did PSG’s front three muster the inexorable force that you’d associate with their stardust and skill. That may come later this season. Brugge held firm and can dream of upsetting the elite in weeks to come. PSG needs to improve.