Spiers & Boden: Fallow Ground review – a walk on the bright side 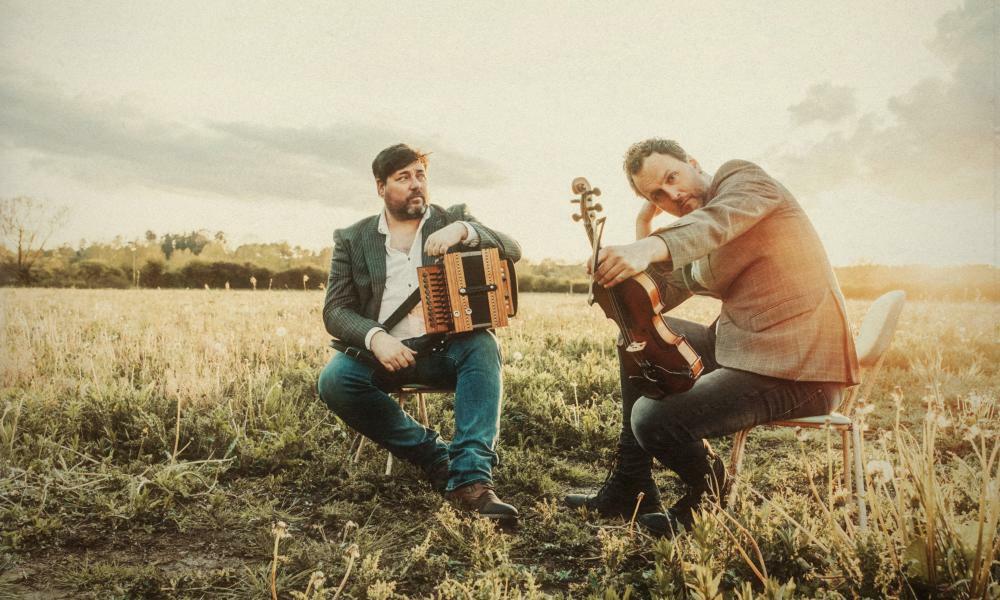 This is an album that, according to Jon Boden, “may well get us expelled from the English Folk Dance & Song Society” – the offence being that it contains no songs about death. Recorded during lockdown, when Boden and co-creator John Spiers were looking for “fun and light relief”, Fallow Ground is notable for its levity and, yes, joyousness. As its title suggests, the record marks a return to earlier times, when the duo – Boden on fiddle and vocals, Spiers on accordion – first made their name. Most of their energy has since been directed into folk big band Bellowhead, while Boden has delivered a dystopic prog-folk song cycle, Songs from the Floodplain, among a dizzying line of projects.

By comparison, Fallow Ground is archly traditional, its numbers drawn from antique sources, augmented by a clutch of originals. Many pieces are boisterous instrumentals – jigs, hornpipes, waltzes – with fiddle and accordion bleeding into each other and morris-friendly rhythms cannily captured. Elsewhere, Boden brings his usual intensity to songs ranging from the love call of the title track to Reynardine, which is death-free but laden with shape-shifting menace. It’s all exquisitely played – the pair are still the dons.