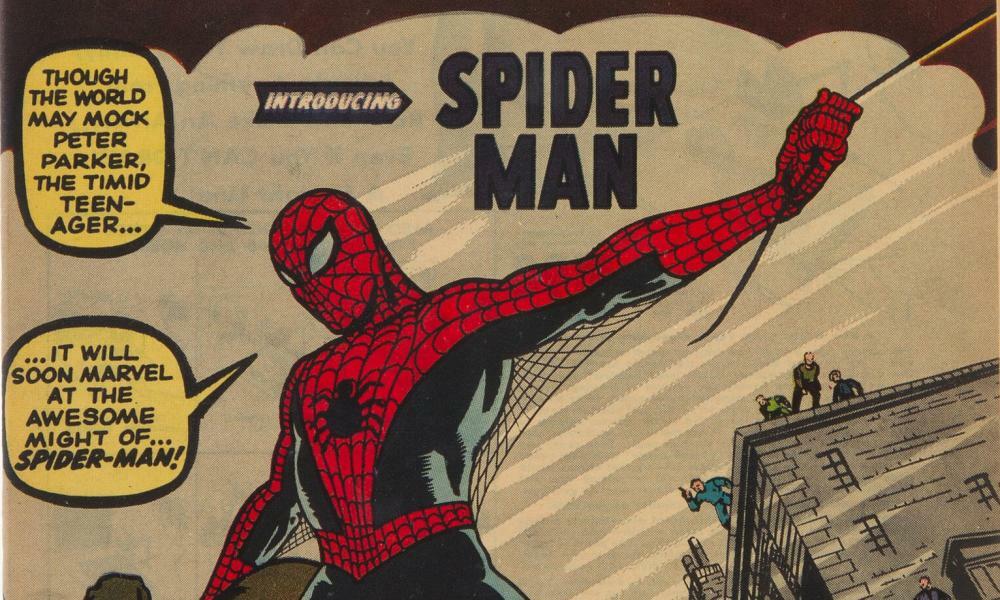 Superman might have superhuman strength and X-ray vision but he has been seen off by Spider-Man, after a comic featuring Spidey’s first appearance overtook the Man of Steel’s record to become the most expensive ever sold.

A copy of the 1962 comic Amazing Fantasy #15, in which Peter Parker and his alter ego Spider-Man make their debut on the page, was sold on Thursday at Heritage Auctions for $3.6m (£2.5m). The record for a comic sale had previously been held by Superman’s first appearance in Action Comics #1, which sold privately for $3.25m in April.

The Marvel comic, which cost just 12 cents when it was published, features Spider-Man’s origin story, told by Stan Lee and drawn by Steve Ditko, as Peter Parker gains his powers after being bitten by a radioactive spider. The cover, by Jack Kirby, shows Spidey as he swings into action among New York’s towers. “Though the world may mock Peter Parker, the timid teenager …” the superhero says, “it will soon marvel at the awesome sight of … Spider-Man!”

Spider-Man’s first appearance – in which he gains the mantra “With great power there must also come great responsibility!” – was so popular that he would next appear in his own comic, Amazing Spider-Man #1.

Heritage Auctions said the copy of Amazing Fantasy #15 was “pristine”. It is one of only four copies known to exist in this condition, according to the auction house. “What better book to break the record than the debut of Marvel’s most beloved character?” said Heritage Auctions vice president Lon Allen.