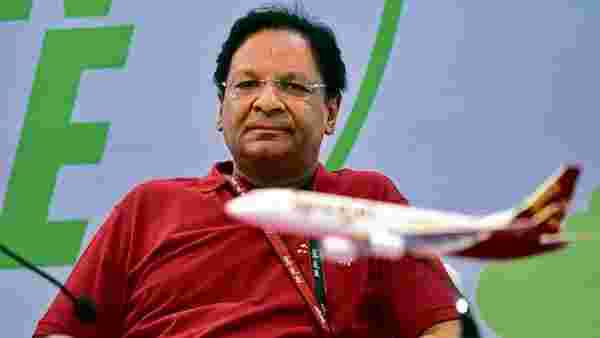 SpiceJet chairman and managing director Ajay Singh on Friday congratulated Tata Group on winning the bid for Air India. SpiceJet was also in the race to acquire the debt-ridden national carrier but it lost to Tata, by 2900 crore.

“I congratulate the Tata Group on winning the bid for Air India and wish them all the success. It was my honour and privilege to be shortlisted for bidding for Air India," Singh said in a statement.

The SpiceJet MD further said that he was “confident that the Tata Group will restore the glory of Air India and make all of India proud". "I would also like to congratulate the government on the successful disinvestment of Air India. They ran a transparent and flexible process and gave new impetus to India's disinvestment program. I have been an Air India fan all my life and it's time for the Maharaja to reclaim its position as a leading airline of the world," Singh said.

Former chairman Ratan Tata the Tata Group winning the bid for Air India is a great news. "While admittedly it will take considerable effort to rebuild Air India, it will hopefully provide a very strong market opportunity to the Tata Group in the aviation industry," he said in a statement.

"Air India under the leadership of J R D Tata had at one time gained the reputation of being one of the most prestigious airlines in the world. Tatas will have the opportunity of regaining the image and reputation enjoyed in earlier years. J R D Tata would have been overjoyed if he was in our midst today," he added.

Air India airline was originally founded by Jehangir Ratanji Dadabhoy (JRD) Tata in 1932. However, it was then called Tata Airlines. In 1946, the aviation division of Tata Sons was listed as Air India and in 1948, Air India International was launched with flights to Europe.

The international service was among the first public-private partnerships in India, with the government holding 49%, the Tatas keeping 25% and the public owning the rest. In 1953, Air India was nationalised.