A businessman has been jailed after he sped through a pedestrian crossing and killed a pensioner and his pet dog.

Ben Trigger, 29, from Wigan, was convicted of death by dangerous driving following a trial last month. He had been banned twice previously for drink-driving.

Trigger was at the wheel of his Ford pickup truck, going 20mph over the speed limit, when the vehicle struck Abdelkader Dhrif, a 70-year-old grandfather, and his pet dog as they crossed the A580 East Lancashire Road in Salford. Abdelkader, and his dog, called Maisie, both died - reports the Manchester Evening News.

On Monday, a court heard heard of how the tragedy had devastated the family of Abdelkader, who lived in Boothstown, Salford, and was affectionately known as 'Tony'. Afterwards, Trigger was sentenced to over two years in prison.

Mr Dhrif was on the crossing with his dog while it was on red for pedestrians and green for motorists at the junction with Ellenbrook Road and Newearth Road. But following a trial last month a jury convicted Trigger, of Merton Grove, Astley, Wigan,
of causing his death by dangerous driving after two hours of deliberations. He was accelerating at the time and was travelling at 60mph, 20mph above the speed limit.

In his defence, Trigger told his trial: "All I know is I believed I was doing the speed limit, I was with the flow of traffic

"I don’t believe I was doing anything that was dangerous or unsafe." Trigger said he had travelled to Manchester City Centre to get some trousers altered, before returning to his home in Wigan.

Peter Cadwallader, prosecuting, read out a series of victim impact statements penned by heart-broken relatives of Mr Dhrif at the sentencing hearing at Manchester Crown Court on Monday morning.

Adbelkader's wife Susan recalled the 'chaos' of the day of the collision near her home and said the impact of his death was 'enormous'. She said: "When I go shopping I have to pass the scene on most days which I find very hard to do.

"For the first six months I could not tell you what was going on. I was so distressed. I could not breathe. I have so much pain in my chest and I'm a nervous wreck."

The widow described how, whilst walking her new pet dog, she would 'cry continuously'. She said: "The loneliness, being on my own all the time and still being in lockdown was extremely difficult."

The couple had been married just two months short of 43 years and had made plans to do more together after Susan had taken early retirement. She said: "I find it very difficult to accept that I will never see my kind, caring, loving husband again."

She said: "I don't think I will ever get over it. I'm lost, lonely and feeling very vulnerable." adding that the delay of two years and four months in finalising the criminal case had added to the family's distress.

Mr Dhrif's daughter Leila Craig, an A&E nurse, said she would 'never forget the worst phone call I have ever received' from her sister following the tragedy.

She wrote: "She was hysterical, trying to tell me that there had been an accident and that our father had been killed. She was over-ridden with grief and hysteria. She ended the call quickly with me not know exactly what was going on. I was unable to get hold of my mother. I was panicking with this overwhelming feeling of nausea."

It was only following a phone call from the police that Leila, who lives 250 miles away, realised 'the nightmare was true and my father had died on a pedestrian crossing'.

Referring to the defendant Trigger, she wrote: "Had the driver been driving at the correct speed, the chances are my father would still be alive today." The delay in bringing the case to a conclusion at court was 'unnecessary and cruel'.

Ms Craig said her mother had been 'ripped apart by grief'. "We lost our mum that day too," she said. She criticised the 'total lack of regard' the defendant had shown by his driving.

Mr Dhrif's other daughter Sara wrote: "The death of my father has caused so much pain." She recalled how her father routinely rang her each day and she worried when she didn't receive her usual call from him. When she tried him there was no answer and she 'started to worry'.

Later that day Sara described how a friend posted about an incident on the East Lancs Road on a WhatsApp group. Her mother called to tell her 'your dad has gone'. She described the traumatic affect her father's death had had on her.

She described how her daughter, Abdelkader's granddaughter, 'missed him so much'. They would play cards together and when she had a sleepover he would make her toast, the court was told.

Sara, referring to the defendant, said: "If you are driving 20 miles per hour over the speed limit, you have to accept that there may be consequences."

The court was told Trigger was convicted of drink-driving in April 2008, when he was just 17, and then again in August 2009, aged 18, when he was banned from driving for three years. In February 2010, he was handed a suspended prison sentence after he was caught driving while disqualified.

Robert Cole QC, defending, asked the judge to take into account the delay in bringing the case to court, which he said was not the fault of his client, who had been on bail.

The QC said his client had written a letter for the court in which he 'is fully understanding of the effect on Mr Dhrif's family'. He pointed out his client was only 17 and 18 when he was previously convicted of drink-driving, and he asked the judge to consider suspending any prison sentence.

Trigger had 'had shown his ability to graft and work hard' and had created a 'successful business' supplying the building industry. His client had 'learned a lesson'," said the QC.

Jailing Trigger for two years and six months, Judge Conrad QC told the defendant: "You killed a man because you were driving too fast in all the circumstances. Had you not been driving too fast, he would not have died."

The judge described how Mr Dhrif was walking his dog at the time and and was 'greatly loved' by his family. Mr Dhrif was 'within the confines of the pedestrian crossing' which was red for pedestrians and green for motorists at the time, said the judge.

Judge Conrad said: "He had reached somewhere in the outside lane when he was struck by your vehicle. He died as a result of his injuries."

The speed limit at that section of the road wad 40mph. The defendant had reached 50mph and then 'accelerated' to a little over 60mph at the junction, said the judge, who added: "Had you been travelling at the correct speed, you would have been able to stop in time to avoid a collision. Driving that way is obviously dangerous, as the jury found."

Judge Conrad stressed he was attaching 'no blame' to Mr Dhrif for the collision but he said judicial sentencing guidelines required him to take into account when the actions of the deceased 'contributed to the accident'. He told the defendant: "You will one day be able to rebuild your life. Mr Dhrif does not have that possibility."

Trigger was also banned from driving for three years and two months and was ordered to pay £2,000 towards prosecution costs. He showed no reaction as he was led away to begin his sentence. 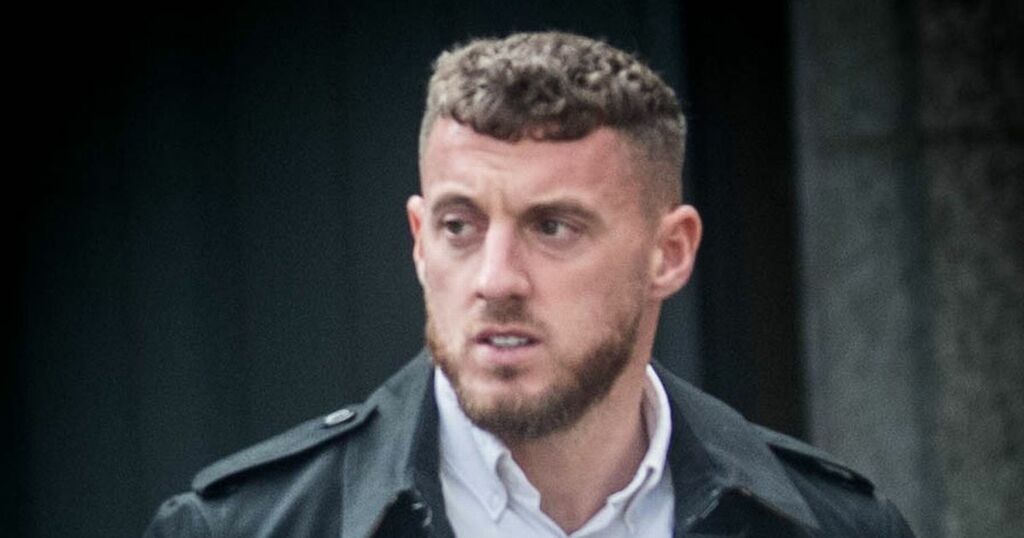 Jailed, the businessman who sped through a pedestrian crossing and killed a beloved father and his dog
Ben Trigger could have stopped if he had not been doing 60mph on the East Lancs Road, 20mph above the… 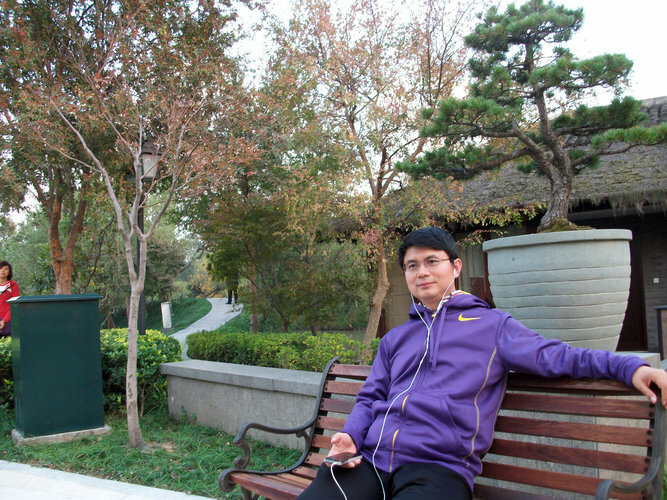