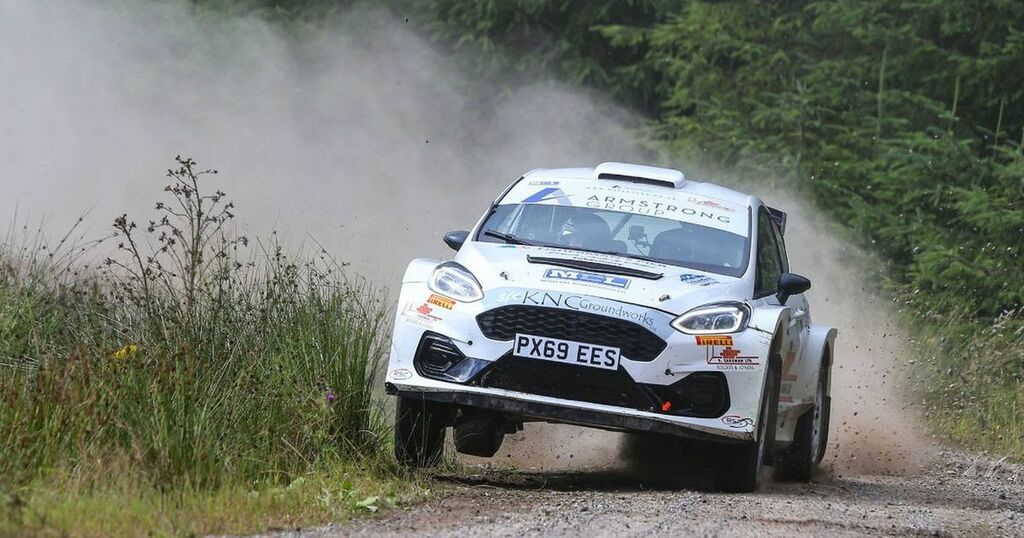 Nearly 100 crews will take part in the Armstrong Galloway Hills Rally on Saturday.

And spectators will be allowed out on four of the six stages to see the cars in action.

Organisers Solway, Machars and East Ayrshire Car Clubs have revealed fans will be allowed in to both the Cairn Edward and Dunharberry tests, which will each be run twice for Saturday’s penultimate round of this season’s The KNC Groundworks MSUK Scottish Rally Championship.

Both stages can be accessed from the A762 on the west bank of Loch Ken and fans should take their places before the spectator control car passes through.

Spectators will not be allowed in to the other two stages of the service area due to the coronavirus pandemic.

Those fans who do head out to the stages are in with a good chance of seeing a Dumfries and Galloway winner on the Stewartry event.

Leading the charge will be multiple Scottish rally champ David Bogie from Dumfries, who will be joined by John Rowan in his WRC Mini.

Second up is nine-time event winner and sponsor Jock Armstrong from Castle Douglas. He leads the championship after finishing second in all three rallies to date with co-driver Cammy Fair in their Ford Fiesta R5.

The four-wheel drive section also features the Ford Fiesta of Kirkgunzeon’s Rory Young and the Mitsubishi Evo 9 of Angus Lawrie from Castle Douglas and Paul Gribben from Annan.

Dumfries’ Mark McCulloch and co-driver Michael Hendry will be looking for more two-wheel drive success in their Ford Escort Mk2, the pair having taking all three wins on offer so far this season.

Their class competition will include the Escorts of Penpont’s Jim Robertson and Dumfries’ Colin Maxwell, Newton Stewart duo Jim and Jamie McDowall and Dumfries co-driver Helen Brown, who is navigating for Willie Pollock.

Class three features the Peugeot 208 of Peter Stewart and the similar cars of Dumfries duo Scott and David Sloan and Richard Stewart from Dumfries and George Myatt from Ae.