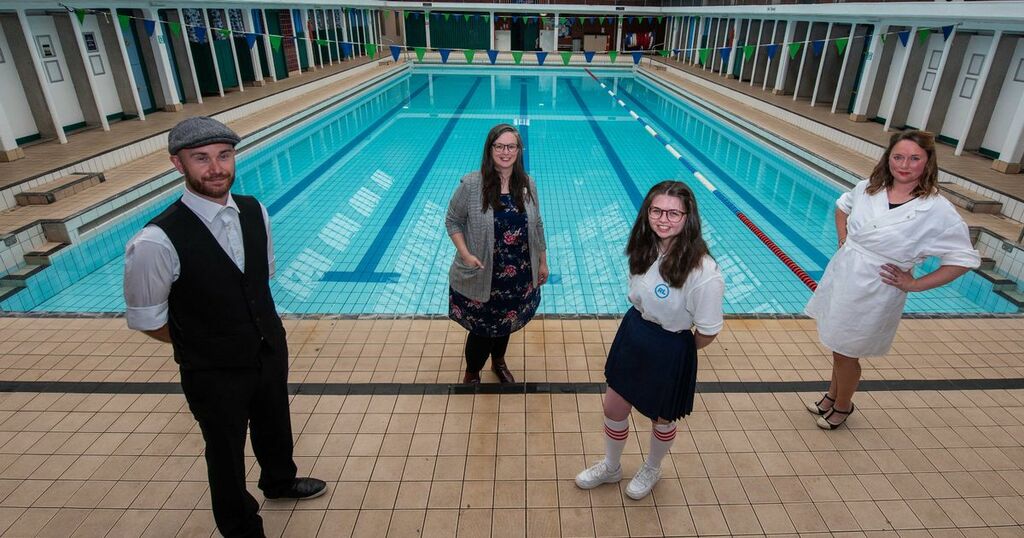 A special exhibition to mark the centenary of Renfrew’s Victory Baths is to be launched this week.

The event will celebrate the pool’s 100 year history and the remarkable people who have swam there when it opens on Sunday.

The baths were gifted to Renfrew by shipbuilder and government minister, Sir Frederick Lobnitz who, along with his wife, Lady Lobnitz and Lady Blythswood, conducted the opening ceremony on September 19, 1921.

As part of the exhibition, a film called The Man Who Made Renfrew Victory Baths will be screened, showing how renowned architect of the period Thomas Abercrombie designed the baths.

The Paisley-born architect was responsible for the design of some iconic buildings in the town, including the former Royal Alexandra Infirmary, the YMCA buildings in New Street, Wallneuk Church and the former Paisley Baths, in Storie Street.

The Tannahill Makar for Renfrewshire, Brian Whittingham, has also written a poem called Back In The Day to mark the centenary.

The exhibition will also feature the story of two Olympic swimmers, William Francis and Hugh Smith who trained at the Victory Baths and competed in the 1928 Amsterdam Olympic Games.

And the background will be revealed about former Eastenders soap actor, the late Ross Davidson who played water polo at Victory Baths and went on to represent Scotland.

As part of the Renfrew Aqua Water Polo Club he won a Scottish league and cup double in 1975.

Councillor Lisa-Marie Hughes, chair of Renfrewshire Leisure said: “We are delighted to be celebrating the centenary of the Victory Baths, which have been at the heart of the community for 100 years.

“It has a great history with many stories connected to the swimming pool and the people who swam there.

“I know the exhibition showing the history of the baths will be of great interest to people of all ages.”

She added: “Swimming is as popular now as it’s ever been, not just at the Victory Baths, but across all of the pools run by Renfrewshire Leisure.

“Its popularity has increased since lockdown restrictions eased, which has been great to see as we work with people to help with their health and well-being, which is so important to our region’s recovery from the pandemic.”

Renfrewshire Council has recently invested around £100,000 in the essential plant that supports the swimming pool, and invested in new internal and external lighting and interior decoration so that the baths are looking their best in their centenary year.

To help celebrate the milestone, the charity is also reducing the charge for swimmers to 100p (£1) per swim and £4 for a family swim at the Victory Baths, on its actual anniversary day, Sunday, September 19.

The baths will also offer extended opening hours of 9am to 7pm between September 20 and 23.

Following covid regulations, tours must be booked for Test and Protect purposes and are limited to ten places per tour. Face masks must be worn unless exempt.

More information about Renfrewshire Leisure’s pools and how to book swim sessions can be found here www.renfrewshireleisure.com.