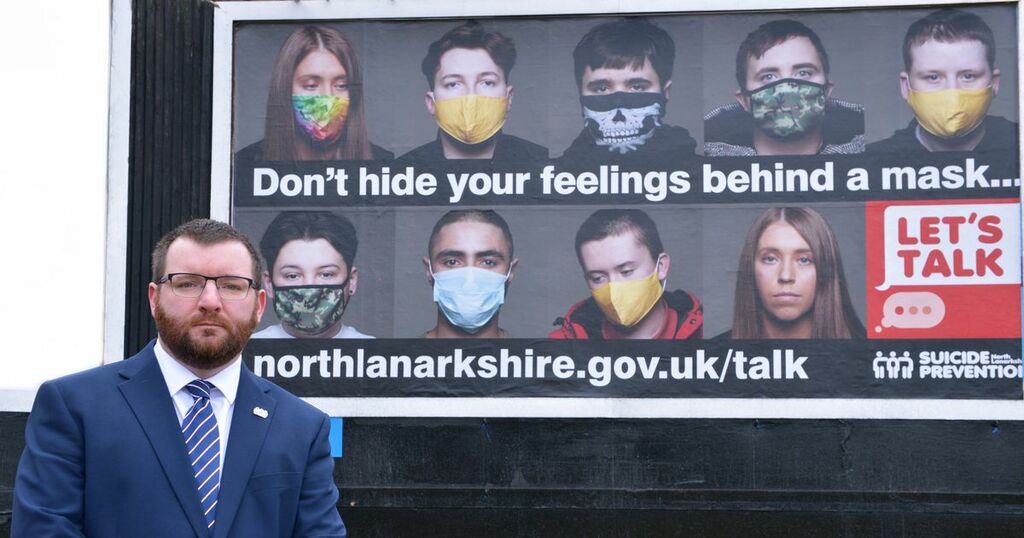 The initiatives by Suicide Prevention NL – many with a sporting theme – are part of the Let’s Talk campaign, aiming to raise awareness and help those in need.

A sports class will take place at Wishaw sports centre on Wednesday, focusing on how fitness and exercise can help reduce anxiety and depression as well as sharing the message that help is available.

During 2020, 48 people in North Lanarkshire took their own lives, with 784 deaths from suicide being recorded across Scotland.

Lynne MacDonald, who is suicide prevention lead in North Lanarkshire, told us: “Having so many different events taking place this year to raise awareness and help prevent the tragedy of suicide is an enormous step forward.

“The past 18 months, throughout the pandemic, have been so difficult for everyone and many people are concerned about anxiety, depression and loneliness.

“We want to share the message as far and as wide as possible that help is available, and encouraging people to talk openly about suicide can make a massive difference towards saving lives.”

Palacerigg Golf Course in Cumbernauld will then host an all-day tournament on Friday, with entry fees being donated to the Samaritans; while two “walk and talk” events were held in Motherwell last weekend.

Plans are currently being drawn up for the return of the annual football and netball tournaments at Ravenscraig sports centre later this year, with the proceeds again going to Samaritans; and pubs and clubs across Lanarkshire are playing their part by providing beer mats sharing vital details about suicide prevention and helplines.

Depute council leader Paul Kelly said: “We are asking everyone to be alert to the warning signs of suicide.

“If you are worried about someone – a friend, family member or workmate – asking them directly about their feelings can make all the difference.

“Let’s Talk is the message we want to get across as we try to encourage everyone to talk more openly about suicide. Every life matters and we can all play our part in helping to prevent it.”

Visit the council's website to find out more about suicide prevention in North Lanarkshire.