Spanish minister, in Pakistan, expresses concern over women and human rights in Afghanistan 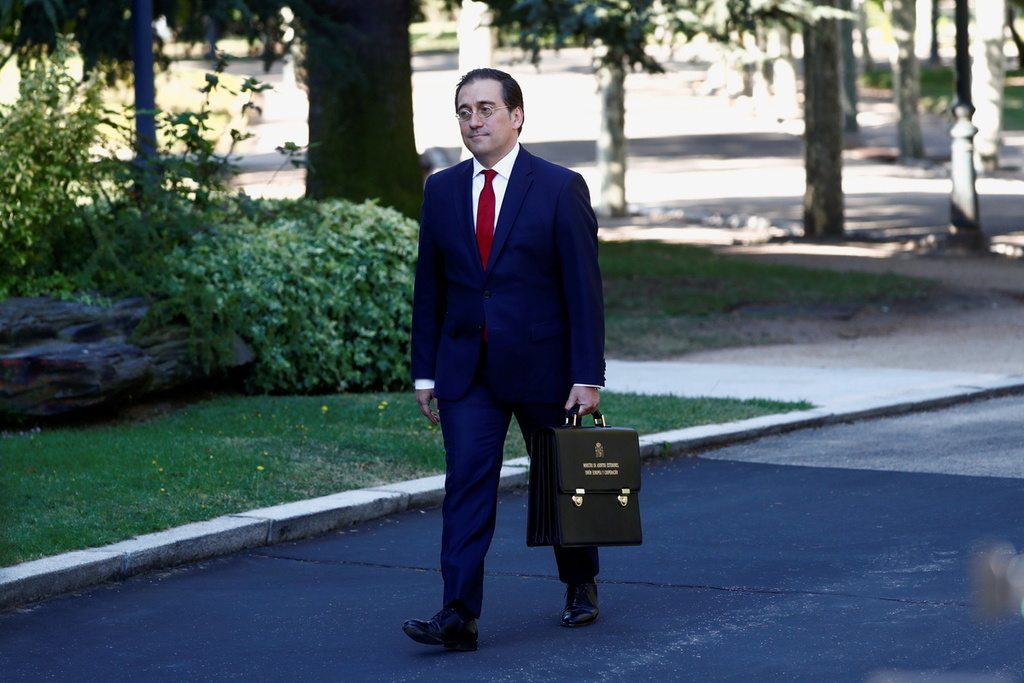 Spanish Foreign Minister Jose Manuel Albares on Friday expressed concern over human rights and the treatment of women in Afghanistan under its new Taliban rulers.

Albares was visiting Pakistan to ask for its help in securing the evacuation from Afghanistan of people who worked with Spanish forces there.

"In these very moments there is concern, I cannot hide that about the situation of women and human rights and freedom of movement in Afghanistan," he told a joint news conference with Pakistani Foreign Minister Shah Mehmood Qureshi.

"I can assure you that women rights and human rights are always important for us in any region in the world," he said.

Since the Taliban took over on Aug. 15, several street protests led by women have been broken up People have been detained and beaten. The Taliban have promised to investigate the incidents.

When they were last in power from 1996 to 2001, the Taliban imposed a strict version of Islamic law and often punished people with public floggings, amputations and executions. Womens' activities such as work and eductaion were severely restricted.

This time the Taliban have tried to present a conciliatory face. Both the foreign ministers said they had prove this to the world through their deeds.

For that reason, Qureshi said, foreign governments were holding back on recognising the Taliban administration formed on Sept 7.

"I see an interest, a desire to engage but not a rush to recognise," he said.

Albares asked for Pakistan's cooperation to secure a safe passage for all those who had worked with Spanish forces or other organisations in Afghanistan during the 20-year NATO presence.

"We want those Afghan collaborators that worked with different Spanish institutions throughout these years to be able to peacefully leave the country they wish and come to Spain," he said.

Spain says it has already evacuated more than 2,200 people from Afghanistan, most of them Afghans at risk of reprisals from the new Taliban rulers.

Spain sent 27,000 troops to Afghanistan over almost 20 years of involvement in the conflict, and 102 of its soldiers were killed there.