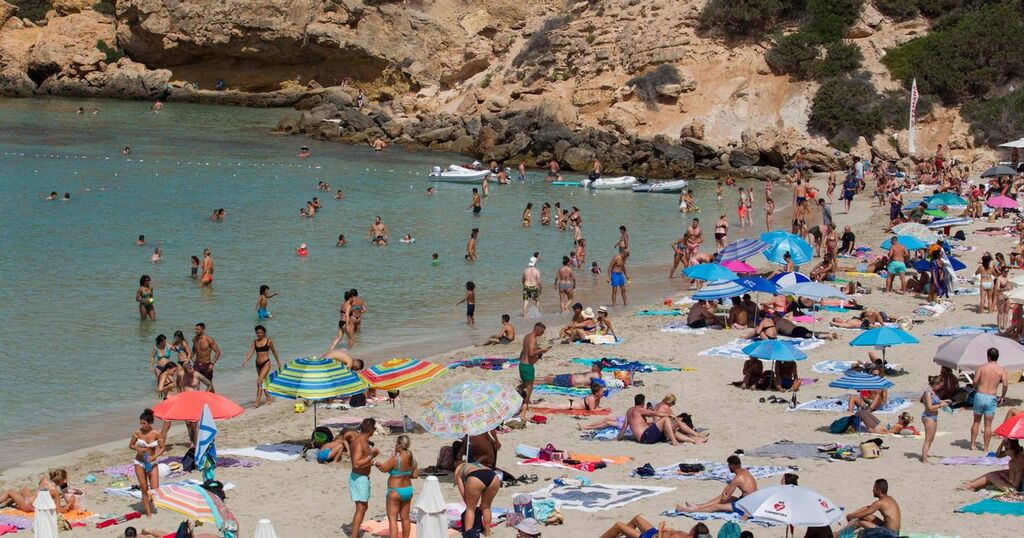 Travel experts have predicted which countries could change in the next traffic light system review this week.

The UK Government is expected to give the next travel update on Thursday, September 16, with speculation it could be scrapped entirely by October.

The Mirror has spoken to travel experts ahead of the latest change to the green, amber and red lists in just a few days.

The good news is that experts aren't predicting dramatic changes to the current categories, with Spain, Greece and Portugal likely to remain on the amber list.

This is because their Covid case numbers are continuing to fall instead of rise, meaning they could eventually be moved to the green list.

And most travel experts agree that scrapping the current traffic lights system could be help both holidaymakers and the travel industry.

Seamus McCauley at Holiday Extras says: "The main holiday destinations - Spain, Greece, Portugal etc - are stable, the Canaries are seeing significant improvements with Gran Canaria dropping down one alert level and the Azores and Lanzarote have very low Covid levels (so if you want our tip for some safe, reliable last-minute sun, try Lanzarote or the Azores!).

"There's a band of countries in eastern Europe, from Poland down through Slovakia, Czech, Hungary and Romania with very low Covid levels, which should all go green where they're not already, and further afield much of Africa and South America should come off the red list if the government simply follows the numbers on Thursday, including tourist favourites Egypt and South Africa ."

Matt Clayden, Travel Expert at Intrigue Travel, says that the firm has "been hearing from other parts of the industry that the Maldives may be added to the amber list along with Turkey " - a huge help considering the Maldives is the company's top destination.

Paul Melinis, the Managing Director at river cruise and touring specialist APT, agrees. He predicts: "Looking at case rates over the last week, it looks likely that some of the most popular Mediterranean holiday destinations for Brits, such as Portugal, Greece, Spain and Italy , will remain on the amber list, unless Shapps makes a move to end the current traffic light system, which we hope he will.

"For businesses such as ours, where customer certainty is key to securing bookings, having such big revenue-driving destinations remaining in Amber will be an ongoing blow to the industry.

"I would urge the government to make the right decision and help our sector get back on its feet."

Could the traffic light system be scrapped?

Green and amber lists would be ditched in the new system which will favour vaccination status of travellers rather than the Covid rating of countries.

Experts say that due to vaccinated travellers no longer needing to self-isolate when returning from amber countries, there is no difference the green list.

The red list could continue, meaning hotel quarantine measures will remain in place for travellers returning from high risk areas.

Government officials hope the new system will ‘simplify’ holidays for people travelling out of the country from the UK.