By Sam Jones in Madrid

Spain’s governing socialist party has ruled out a grand coalition with its arch-rivals, the conservative People’s party (PP), after a deadlocked election marked by a surge in support for the far-right Vox party.

After winning the country’s fourth general election in as many years but again failing to secure a majority, the Spanish Socialist Workers’ party (PSOE) also rejected any return to the polls, saying yet another election would be “an institutional failure”.

The PSOE won 120 seats on Sunday – three fewer than in the inconclusive election in April. Its leader, Pedro Sánchez, the acting prime minister, appealed for his opponents and rivals to “act generously and responsibly to unblock the political situation in Spain”.

The PP finished second with 88 and Vox came third, more than doubling its seat count from 24 to 52.

The centre-right Citizens party tumbled to sixth place, dropping from 57 seats to 10, which prompted the resignation of its leader, Albert Rivera.

As predicted in pre-election polls, Vox, which was founded by disgruntled PP members six years ago, vaulted into third place, buoyed by the collapse of the Citizens vote and by its aggressive opposition to Catalan independence.

The party, led by Santiago Abascal, has called for a “reconquest” of Spain and for the building of an “unbreachable wall” around the north African enclaves of Ceuta and Melilla. It regularly attacks what it sees as the hegemony of political correctness and wants to repeal laws on gender-based violence.

In a recent interview, the president of the National Francisco Franco Foundation, which exists to preserve and promote the late dictator’s life and work, said Vox was now the party that best embodied Franco’s legacy.

On Sunday night Abascal proclaimed the party’s results a breakthrough in its culture war against the progressive left. “We have led a cultural and political change, because we have opened up all the forbidden debates and told the left that the story isn’t over yet and that they don’t have any moral superiority,” he said.

The PSOE’s organisational secretary, José Luis Ábalos, said Spain needed a new government as quickly as possible. However, he said the socialists would not share power with the PP, which had criticised the PSOE’s handling of the recent unrest in Catalonia and which, like Citizens, had enlisted Vox’s support in taking power in some regions over the past year.

Sánchez has been criticised by rightwing opponents for being too soft on Catalan separatists. He refused to yield to calls from the PP and Vox to take drastic action after the Spanish supreme court’s decision to jail nine separatist leaders for sedition over their role in the failed push for regional independence two years ago prompted huge protests and violent scenes in Catalonia.

“We’re not going to bet on a grand coalition government with a right that doesn’t shoulder its responsibilities,” said Ábalos. “We had to deal with the crisis in Catalonia in absolute solitude.”

The PSOE faces a huge battle to secure the numbers and the political impasse looks likely to stretch on. To regain office, Sánchez would need the backing of 176 of the 350 MPs in the congress of deputies – or for other parties to abstain and facilitate another minority PSOE government.

Sunday’s election was triggered when the PSOE failed to find viable support for a new administration after its victory in April. The socialists were unable to reach an agreement with Unidas Podemos, while Rivera flatly refused to do anything to facilitate Sánchez’s return to office.

Rivera, once seen as the future of Spain’s political centre, announced on Monday he was standing down as Citizens leader and as an MP. His decision to drag the party further to the right in the hope of competing with the PP and Vox had proved disastrous, as he acknowledged in his resignation speech.

“When a political project is successful, a leader has to know that that success belongs to everyone,” he said. “But a leader also needs to know that bad results are their responsibility alone.”

Rivera’s leadership had been frequently criticised by party members who despaired of his departure from the centre ground and of the legitimacy he had lent Vox by doing deals with them.

His replacement will have to decide whether to return to the centre or whether to try to keep pace with Vox.

The PSOE will be looking to capitalise on its diminishing momentum as Spaniards are growing tired of the deadlock.

“It’s such a big mess and things are even worse now than they were before,” said Juan Luís Castro, 73, a retired aviation mechanic from north-east Madrid. “But it’s really hard to know what’s going to happen next. What we need now is a government, not more deadlock or another election.” 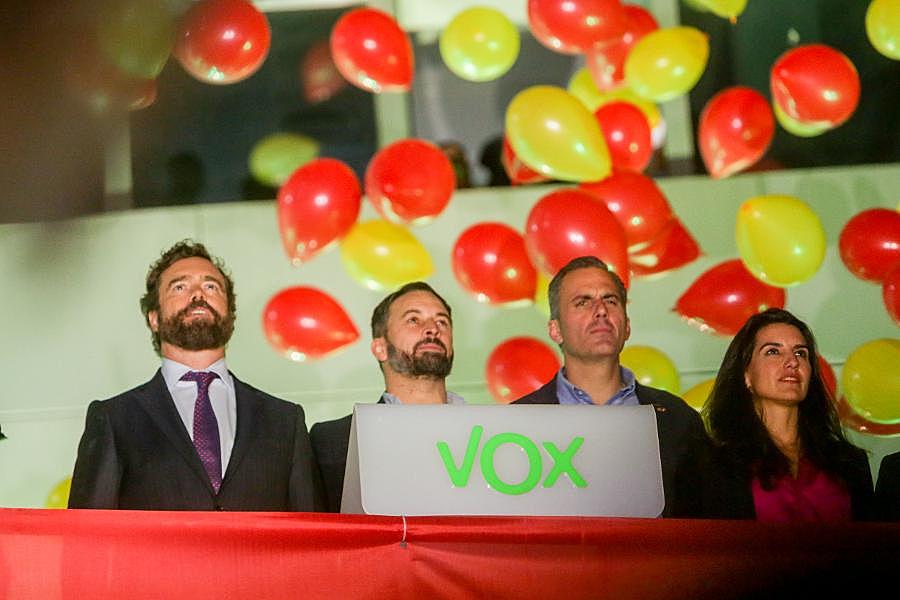 Far-Right Party Vox Becomes The Third Political Force In Spain After Second Election
The election results have deepened the political blockade in Spain and the only clear winner is the far-right party Vox,…