British holidaymakers set for Spain should expect Saharan dust clouds and wildfires as an unprecedented heatwave with 41C temperatures will blast the country, officials warn.

Spain's meteorological agency Aemet predicted 'one of the hottest Mays in this country in recent years' as it warned of the coming weather front.

The Saharan air will spike the temperature to "unheard of" levels as the agency launched its national plan for excess temperatures two weeks early on Thursday claiming "the summer is starting in the spring", the Mail reports.

The mercury is set to break the 40C threshold in several parts of the southern region of Andalucía, and on the east coast around the Ebro valley.

Spokesperson Rubén del Campo said: "The last updates to the meteorological models confirm the extraordinary intensity of this heatwave.'

He added: 'For Spain as a whole, it could be the most intense May heatwave of the past 20 years in terms of both the maximum and minimum temperatures.'

Friday and Saturday will be the hottest days in general terms and, although there will be an important drop in temperatures on Sunday across the western third of the peninsula, that could be the hottest day in parts of the eastern side of Spain and in the Balearic islands.'

Aemet's summer plan is usually activated between June and September, but the period for temperatures 'in the 30s' (86F plus) had 'arrived 20 - 40 days early'.

The highest temperature ever recorded in Spain was only added to the record books last year, when the Andalucían town of Montoro near Cordoba hit 47C (117F) on August 15.

Del Campo warned that the intense heat of the extreme risk of forest fires that such heat across the southern, central and north eastern parts of the country would entail and said people could expect another calima dust cloud.

He said: "This will be an extreme episode and the risk that comes with the high temperatures will be important in many areas,' he said.

"Another thing to be aware of is dust in the air, which could lead to calimas in the south and east of the peninsula, with murky skies and reduced visibility.

"That concentration of dust in the air could increase on Friday and Saturday across the peninsula and the Balearic islands as air comes in from north Africa carrying the dust from the Sahara. That will again cause a decline in air quality."

Now the Spanish government has warned vulnerable people such as children, the elderly and pregnant women, to take extra care in those areas by staying well hydrated and wearing light clothing.

Del Campo has blamed climate change for the extreme heatwave claiming: "What is happening fits perfectly with a situation where the planet is hotter."

France is also experiencing extreme temperatures for Spring as it battles with a nearly 40 day heatwave.

Southern regions have seen abnormal temperatures soaring above 33C in places, while some officials predict highs of 38C this weekend - some 17C warmer than the average temperature for this time of year. 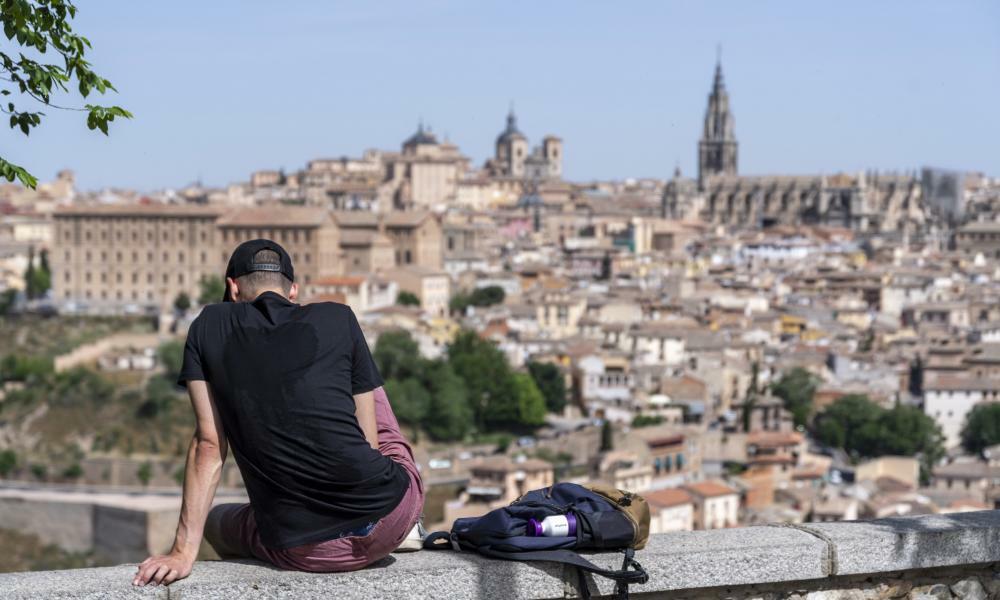 ‘Extraordinarily hot’ in central and southern areas, say meteorologists, with forecast of 40C in Andalucía