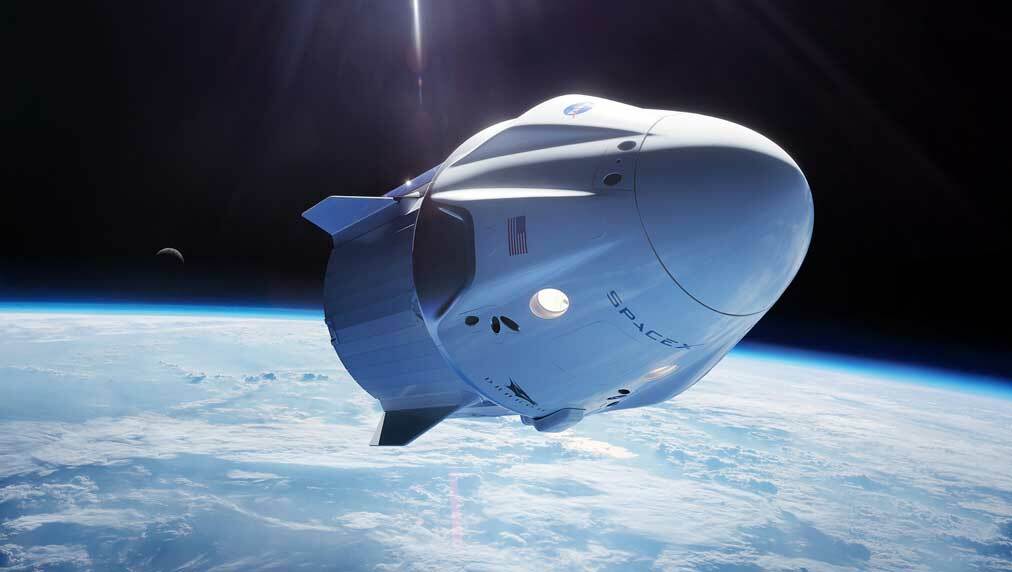 A SpaceX launch featuring an all-civilian crew took off Wednesday evening, kicking off an era of commercial orbital launches.

The Inspiration4 mission launched from Kennedy Space Center in Florida right as the launch window opened at 8:02 p.m. ET. The mission used a Crew Dragon capsule aboard a used Falcon 9 rocket.

The all-civilian crew features billionaire Jared Isaacman, who is funding the mission, along with a geoscientist, data engineer and physician assistant.

Unlike SpaceX's space taxi rides for NASA, the Inspiration4 mission will not dock with the International Space Station but will spend three days in orbit.

In fact, Inspiration4 is going into orbit at 360 miles above the earth, above the ISS's altitude of about 250 miles. And it's well above Blue Origin's apogee of 66 miles and Virgin Galactic's maximum altitude of nearly 50 miles, reached during July flights with respective founders Jeff Bezos and Richard Branson.

The crew spent six months training for the mission including simulations and Zero-G training. They also underwent medical testing. The Crew Dragon capsule is highly automated but the crew still needed training in the event of a flight issue.

SPCE stock rose 0.4% before Thursday's open, following rival SpaceX's successful launch. Shares of Virgin Galactic fell 0.4% to close at 23.91 on Wednesday's stock market trading. SPCE stock has been stuck below its 50- and 200-day lines for more than a month, according to MarketSmith chart analysis.

Orbital space tourism flights or even flights to the ISS aren't unique. But prior flights have always included a professional astronaut crew.

SpaceX has several space tourism missions in the works. Axiom Space has a Crew Dragon flight to the International Space Station scheduled for January. Japanese billionaire Yusaku Maezawa plans to take artists with him on a trip around the moon in 2023.

While SpaceX's missions come with a longer time in space than space tourism flights from Blue Origin and Virgin Galactic, they will likely be more expensive, said Andrew Chanin, CEO of ProcureAM, which launched the Procure Space ETF.

Virgin Galactic previously put ticket prices at $250,000, but Wall Street expects that to go up, perhaps to $500,000. The auction for a seat on July's Blue Origin flight went up to $28 million.

The terms of the Inspiration4 deal were not disclosed but Isaacman personally donated $100 million to St. Jude's.

SpaceX has paved the way for reusable rockets, significantly lowering launch costs for the government. Chanin said reductions in launch costs could help further open up the space market for tourists and scientific research.

Musk's SpaceX has largely been focused on other areas of the space industry, including NASA and military launches, and building out a satellite-based internet service.