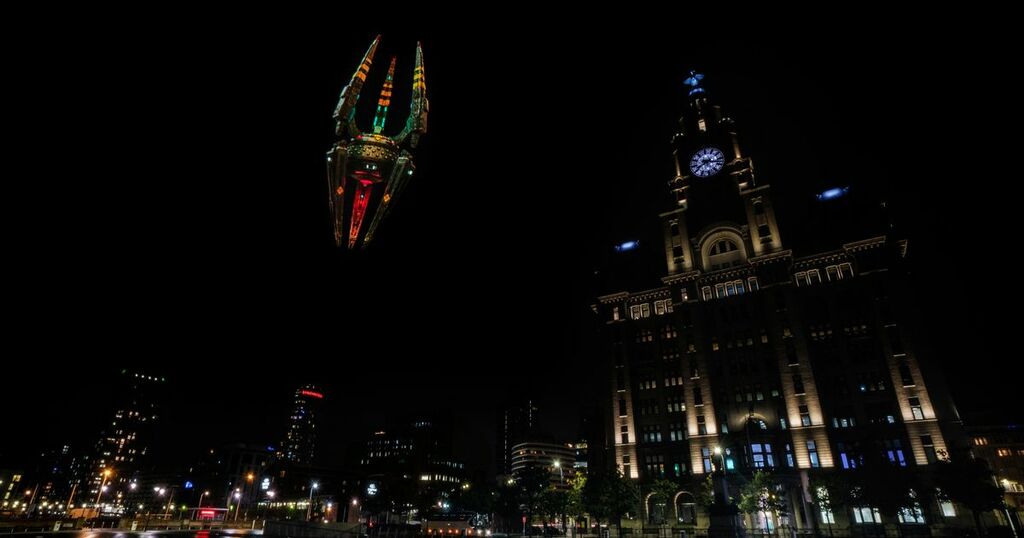 A rare and unexpected sight appeared in the sky over Liverpool tonight as a Doctor Who spaceship was projected across Pier Head.

Passersby had the opportunity to catch a sighting of the ship in the night sky - and it was no accident the spacecraft took temporary residence in Liverpool.

The BBC revealed our city is the location where series 13 of the show will begin and where viewers first meet new character Dan Lewis, played by John Bishop, as he becomes embroiled in the Doctor’s adventures.

The projection of the spaceship will be visible on the Pier Head until midnight.

Transmission details for series 13 of Doctor Who will be announced in due course.

Tonight isn't the first time that Doctor Who fans have spotted exciting things in the cit y, after the Tardis landed at the Albert Dock in March for filming.

Initially the famous police box was kept under wraps, before the covers came off to reveal the time machine and spacecraft used by the Doctor's many incarnations in their adventures.

Star Jodie Whittaker could be seen at the location, along with John Bishop.

John could be seen chatting to onlookers as preparations for the night-time shoot were made.