Space junk - from parts of the SpaceX Crew-1 Trunk landing in Dalgety in the Snowies to a Chinese rocket booster breaking apart over Malaysia, has been at the forefront of space news.

It has also raised a lot of questions - from why it can be big and land on the ground to how dangerous is it when it hits. There are a lot of common misconceptions about space junk.

Firstly, no, space junk is not radioactive.

Lots of people think that objects coming back from space are radioactive, and if you touch it, you may grow extra arms or something. That might be science fiction, but it is not reality.

On Earth, the magnetic field - a protective bubble, keeps us safe from radiation - mostly from the sun but it can come from other sources. Our ozone layer protects from UV light, and without it, we'd be in real trouble.

In space, outside most of this bubble, there are higher levels of radiation, which poses issues for equipment and humans. Astronauts have a slightly higher risk of cancers due to radiation exposure in space, and equipment needs to be built and tested to survive and work.

However, when things come back down to Earth, they do not turn radioactive. Otherwise, every space shuttle or capsule and astronauts returning would be radioactive which is not the case.

There is a potential source of radiation though, and that is from the material and equipment of the spacecraft themselves. Nuclear-powered satellites were very popular in the 70s and 80s, and are still used on some missions deep in to the Solar System - Mars, Jupiter, and beyond.

If these turn into space junk and hit the Earth, then radioactive and radiation exposure is a worry.

In 1978, a Russian nuclear-powered satellite crashed into Canada, creating a massive clean-up effort.

And here in lies one of the biggest worries of returning space junk - the material of the spacecraft or satellite itself. Hydrazine is a common fuel used for thrusters of spacecraft to help them steer and stay in orbit. It also happens to be very, very nasty and you should never go near or handle it.

In the case of the space junk in Dalgety, we knew what object it came from, the SpaceX Crew-1 Trunk, and that it did not have hydrazine on it.

However, like lots of spacecraft and airplanes, it had carbon fibre - used to insulate and protect electronic components. When burnt, it can be dangerous. Luckily in the case of the SpaceX Trunk, it had landed a few weeks before Jock Wallace and Mick Miners found pieces, and wind and rain had weathered the pieces enough, blowing or washing off most of the scorched pieces.

But they do not come down in a fiery ball, leaving a giant crater.

When the spacecraft or junk hits the Earth's atmosphere, it is travelling about 25,000 km/hr. At this speed, it causes the junk to break apart - a good thing. It also means most of the energy is lost, so when pieces come to the ground, they have a lot less speed, and do not create a giant crater.

They are also not hot - and can even be cold.

Around the Earth, spacecraft are in -150 degree Celsius conditions or more. When they pass through the Earth's atmosphere, they do heat up and melt due to the friction. However, this is only for a short time, and then it enters the upper atmosphere - which is also really cold.

Imagine taking a pie out of the freezer, and putting it in the microwave for a few seconds. You then put it back in the freezer. There will be a few melted spots, but it will be cold. Falling space junk is a problem. However, it won't be a giant, flaming ball creating a giant, radioactive crater. Always exercise caution until you know what you are dealing with. But hopefully, you never have to. 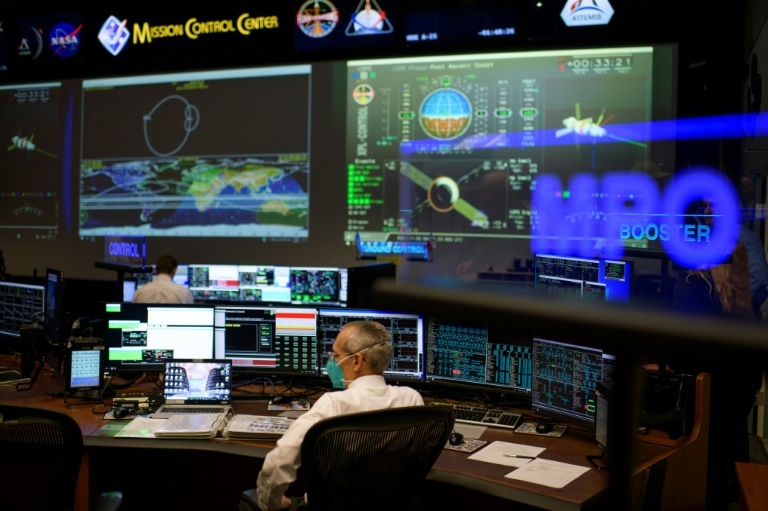 All systems go in Houston as NASA prepares return to Moon
Houston (AFP) - Rick LaBrode has worked at NASA for 37 years, but he says the American quest to return…

AFP
From analysis to the latest developments in health, read the most diverse news in one place.
All Systems Go in Houston as NASA Prepares Return to Moon

Rick LaBrode has worked at NASA for 37 years, but he says the American quest to return to the Moon…

Two scientists fired tardigrades into a surface at high speeds to test if they could survive spaceflight. The answer isn't…

Inverse
Astronomers pinpoint the source of a mysterious cosmic particle

Physicists identify a supernova remnant as a prime suspect.

Inverse
One place to find news on any topic, from hundreds of sites.
Mars City: 3 Red Planet resources could forge a critical building material

When the first humans reach Mars, they’ll probably live in habitats that were there ahead of time or in habitats…