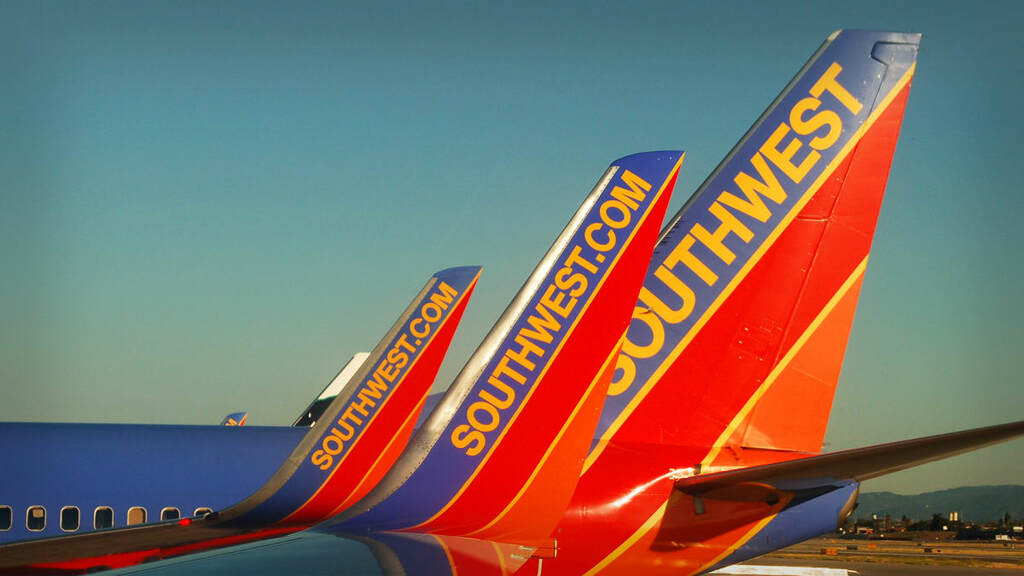 Southwest Airlines  (LUV Get Southwest Airlines Co. Report is dealing with hundreds of canceled flights this weekend caused by air traffic control and weather issues, the company said, while it also faces a temporary restraining order and lawsuit filed by its pilots.

The Southwest Airlines Pilots Association, which on Tuesday said it was filing a temporary restraining order against the Dallas airline related to its Aug. 30 lawsuit over COVID-19 mandates, on Saturday said in a statement that its pilots are not the cause of the cancellations.

"SWAPA is aware of operational difficulties affecting Southwest Airlines today due to a number of issues, but we can say with confidence that our pilots are not participating in any official or unofficial job actions," the statement said.

Southwest on Sunday canceled 1,007 flights, or 27% of its schedule, and another 808 flights on Saturday, which amounted to 24% of flights, according to the FlightAware website.

Airlines that are federal contractors would need to follow the requirement. Other airlines have also mandated their employees to be vaccinated, including American Airlines, United, Delta, Alaska Airlines  (ALK Get Alaska Air Group, Inc. Report and Jetblue Airways  (JBLU Get JetBlue Airways Corporation Report.

The Southwest pilots union said it would file its TRO to piggyback on a lawsuit it had already filed in August against the airline, since it believes Southwest's implementation of the vaccination mandate is a violation of their collective bargaining agreement, which ended Aug. 31, 2020.

The union on Aug. 30 filed a lawsuit in the U.S. District Court for the Northern District of Texas in Dallas against the airline for allegedly violating the Railway Labor Act's Section 6 dispute resolution process to maintain the status quo of its collective bargaining agreement until a new agreement is reached.

The Southwest pilots allege that the airline has issued and implemented an Infectious Disease Control Policy during the COVID-19 pandemic that significantly altered the working conditions, rules and rates for pay for pilots in violation of RLA Section 6. The union seeks a favorable ruling requiring the airline to maintain the status quo of the CBA.

Shares of Southwest on Friday closed down 0.2% to $53.92 in the regular session and declined an additional 0.2% after hours.