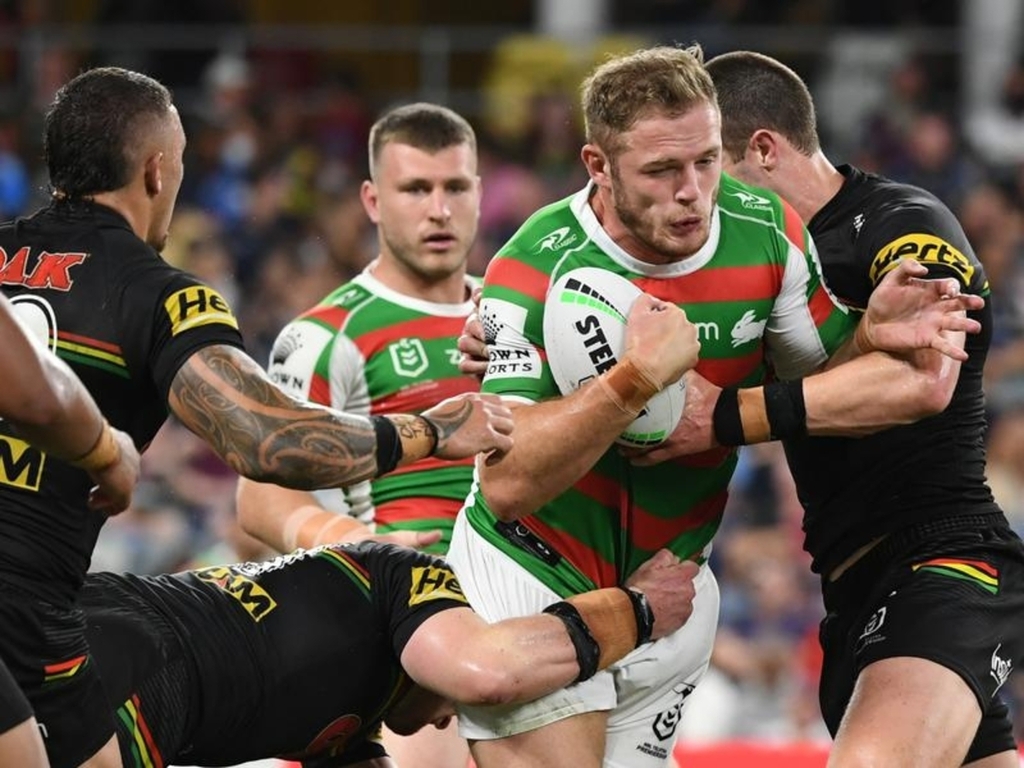 South Sydney will get a fourth straight chance in a preliminary final after they stunned Penrith 16-10 and left them needing to climb Everest to reach the decider.

Unable to get close to the Panthers for the past two years, the grinding Rabbitohs fought their way to their gutsiest win of the season in Townsville on Saturday.

Adam Reynolds starred and Blake Taaffe was brave filling in for the banned Latrell Mitchell at fullback, but it was the Rabbitohs' defence that shone through.

After falling in the third week for the past three years, it gives Souths the best shot at a grand final with a week off before facing either Manly or the Sydney Rooters.

For Penrith though, the task is much harder.

They must beat the winners of the Parramatta-Newcastle match, before a clash with Melbourne looms in the preliminary final.

They could also have to do it without Isaah Yeo, with their co-captain put on report for a crusher tackle on Tevita Tatola.

Souths meanwhile are flying, with the belief they can progress to just their second grand final in 50 years.

They did a job on Panthers' five-eighth Jarome Luai, while their defence resembled nothing like the outfit that let in 50 points to Penrith and Melbourne in the space of a month earlier this year.

They became the first team to keep a full-strength Penrith to one try all year, handing Nathan Cleary his first loss in 19 games this season.

Cameron Murray and Damien Cook defended relentlessly, while Tom Burgess totalled almost 200 metres in a Herculean effort in the middle.

"They understand now what beats them and what wins for them.

"They understand the importance of every play in the game and they did that really well."

Playing in his last finals series for the Souths, Reynolds kicked superbly, played a key role in one try and sent over two penalties and as many conversions in the win.

Taaffe was also brave after he could so easily have dropped his head early.

With so much focus on Nathan Cleary's bombs in the lead up and how Taaffe would handle them, the Rabbitohs fullback spilled his first kick from the Panthers No.7 early.

Penrith then scored from the next set when Cleary grubbered into the in-goal and Paul Momirovski batted it back for Stephen Crichton to score.

But Taaffe battled on, not spilling another all night and taking a crucial kick under his posts and earning a penalty with 10 minutes to go.

After Dane Gagai set Cody Walker up to make it 10-10 at the break, Reynolds and Taaffe had the decisive play shortly after when they put Jaxson Paulo over.

It was enough to give Souths the lead, before the gutsy defence held on and forced Penrith into their second-worst completion rate of the year.

"A lot of times in the game they were able to get a leg up for just little things. High tackles, supposed crusher tackles.

"But credit to Souths, they obviously put a lot into that game."