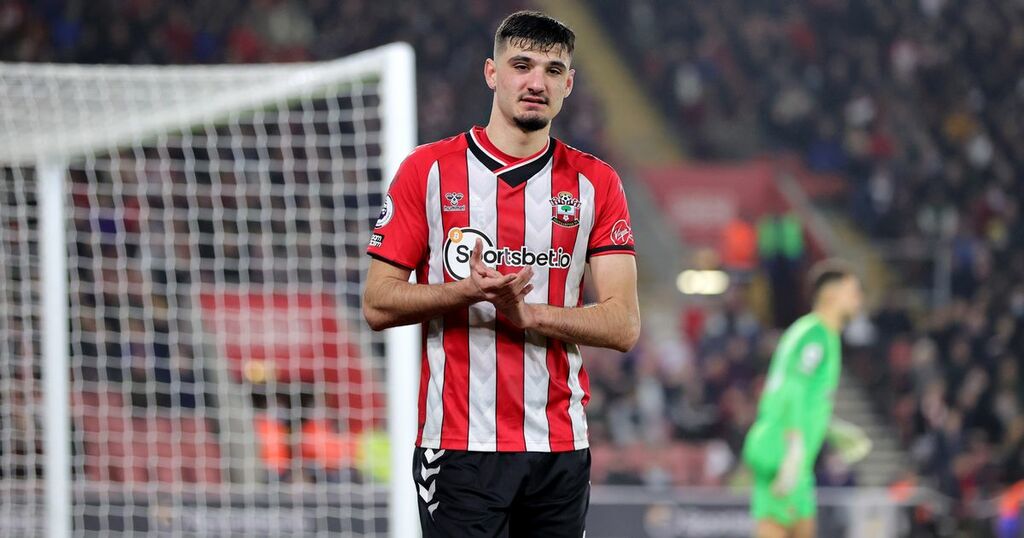 Broja, 20, added a fifth Premier League goal to his name for the season with his strike at the start of the second half in the Saints' 4-1 thrashing of Brentford on Tuesday night.

He rated as an impressive 8.5 out of 10 in Hampshire Live's player ratings from the game with the explanation: 'Broja pushed hard throughout and was as difficult as ever to contain - but he had very few opportunities to score. He only needed one, though, and he took it very well.'

A goal like most he involves himself in that has further enhanced his reputation among Southampton supporters who, like Hasenhuttl, know just how good the Albanian international is.

Under new Serbian ownership, the side from the South Coast will be looking to make moves in the transfer market to signal their intent and they could head back to Chelsea for permanent deal for the second time in a year.

Southampton have already shown that the European champions may have been wrong to let Tino Livramento leave permanently, as the Blues could really do with his services now considering the injury struggles they are having with Reece James and others.

Can they really repeat the same trick once more on the west London outfit?

Hasenhuttl certainly has not hidden his desires in seeing the Serb make a play to Marina Granovskaia to test the waters over a deal for Broja.

When asked about his side's chances of securing the player in question permanently in the summer, the Austrian manager stated after the win against Brentford: "Yes, sure. He likes it here, he loves it here. It would be great if he was our player.

"He wants to be with us, I think. You can feel this at every moment. The fans love him also, this is good."

This is just one of many examples showing the clear admiration Hasenhuttl has for the Chelsea loanee who he described as 'important' to any successes Southampton have this season.

"He’s quick, [Armando] Broja is super-quick. [West Ham] had problems with him in the first game," said Hasenhuttl after the win at the London Stadium. He is very important [for Southampton], yes absolutely.

"He gets better and better, and he likes it here with us."

But what does the player in question want to see happen regarding his long-term future with his current loan club?

Despite his clear enjoyment in being able to play regular first team football with a Premier League side, it is understood that the 20-year-old doesn't have a clear idea as to what he wants to do once this season comes to a conclusion.

"It’s obviously my first season in the Premier League. It’s been crazy.

"I’m a young player and it’s amazing for everyone to be able to have this opportunity to be in the Premier League and gain experience and become a better player and work with better players.

football.london understands that due to Broja's rise in the top flight, he could offered the opportunity to impress Tuchel during pre-season training ahead of the 2022/23 campaign.

If the manager is impressed by what he sees, that could limit any chances the current 11th placed side have in prising the striker away from Stamford Bridge, as he's viewed as a possible untouchable in this new long-term project.