‘South of Heaven’: Jason Sudeikis drama looks like a slice of heaven, until it goes south 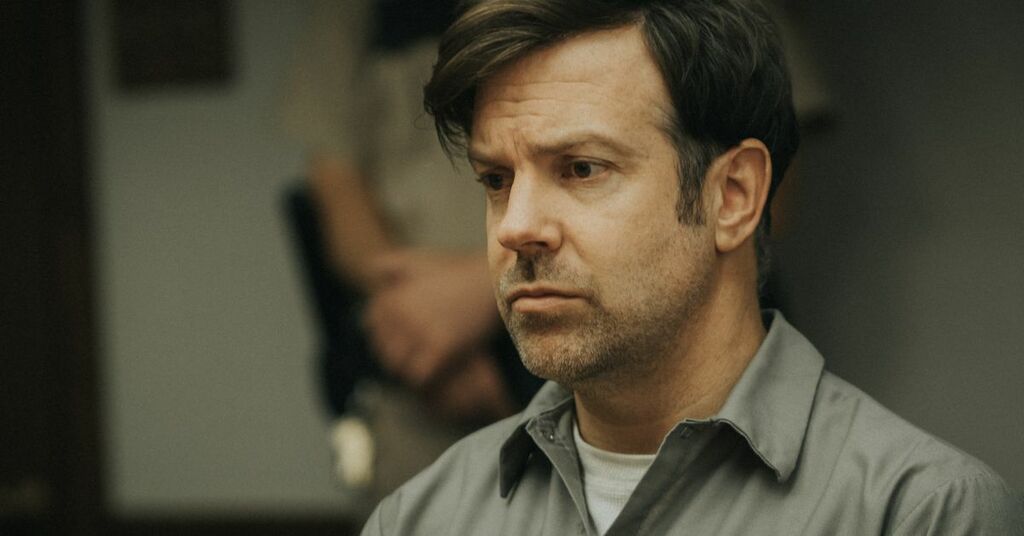 Jason Sudeikis is the AppleTV of everyone’s eye right now in the role of a lifetime as the title character in the brilliant “Ted Lasso” and he’s hilarious in the role —but there’s also room on the series for Sudeikis to remind us of his considerable dramatic chops as well.

One can see why Sudeikis was drawn to the dark and violent crime thriller “South of Heaven,” as this is a deeply serious lead role, with Sudeikis convincing portraying a recently paroled felon who is trying to walk the straight and narrow path so he can spend every possible waking moment with the love of his life before time runs out on her. But after an expertly paced, noir-ish setup holding the promise of something great, director and co-writer Aharon Keshales takes one of the most jarring turns in recent movie history and all of a sudden we’re in a different, lesser movie.

What a lost opportunity.

Set against the vast, sometimes gorgeous and sometimes ominous skies of Texas, “South of Heaven” opens with Sudeikis’ Jimmy Ray released from prison after serving 12 years’ hard time for his part in a bank robbery. Jimmy Ray was actually supposed to do 15 years, but the parole board has let him go because his girlfriend Annie (Evangeline Lilly), who has waited for him all this time, has been diagnosed with terminal lung cancer and has about 12 months left to live. I’m going to give Annie the best year of her life, Jimmy Ray tells the parole board, and they believe him, and we believe him, too.

There’s a beautiful, low-key, 1970s-indie film vibe to the scenes in which Jimmy Ray and Annie reconnect, at first a little awkwardly but soon finding their rhythms, their comfortableness, their love together. (Annie is sporting an extremely closed-cropped haircut, presumably due to chemo treatments, but on balance, she looks like she has “Ali MacGraw’s Disease,” the term Roger Ebert coin to describe a movie illness where “the only symptom is the patient grows more beautiful,” a la Ali MacGraw in “Love Story.”) Jimmy Ray seems genuinely determined to keep his nose clean, as evidenced when he tells his old prison pal Frank (Jeremy Bobb) they can’t hang out, even though Frank is now running a legit business. As a condition of his parole, Jimmy Ray can’t consort with known felons, so there you have it.

The problem for Jimmy Ray is his parole officer, Schmidt (the recently ubiquitous and always excellent Shea Whigham), a nefarious snake who blackmails Jimmy Ray into some criminal activities, and what choice does Jimmy Ray have, given Schmidt can send him back to prison with one phone call? (The scene in which Schmidt first approaches Jimmy Ray with an offer he can’t refuse is masterfully executed. It takes place in a bowling alley, where Jimmy Ray and Annie are as giddy as a couple of teenagers in love — until Schmidt comes over and introduces himself. Within seconds, Annie sizes this guy up as a threat to Jimmy Ray and to her life with him.)

This is all terrific stuff — and then…

And then. A main character is driving down an isolated patch of road in the dead of night, and the character’s phone falls to the floor on the passenger side, and the character keeps reaching for the phone instead of focusing on the road — and yes, there’s a horrific accident, due to this cheap and overused plot device. Boom!

Suddenly, we’re introduced to the powerful, nattily attired, ruthless crime boss Whit Price (Mike Colter), who will cut your throat if you don’t cooperate with him. Price kidnaps Annie because he wants something from Jimmy Ray, and Jimmy Ray retaliates by kidnapping Price’s little s--- of a son (Thaddeus J. Mixson), Tommy, and it’s as if we’ve left the earlier movie behind for a bloody black comedy/drama, with Jimmy Ray and Tommy bickering as if they’re in a wacky 1990s movie, while Annie and Whit strike up a wildly implausible bond because it turns out Whit’s wife died of cancer and Whit comes to think of Annie as something special, but make no mistake, he’ll kill her if he has to.

“South of Heaven” devolves into a rote thriller, with henchmen upon henchmen upon henchmen falling by the wayside until the inevitable showdown — which plays out in underwhelming fashion. By that point, we’re thinking Annie might have been better off if she had just said her goodbyes to Jimmy Ray about a half-dozen years ago.