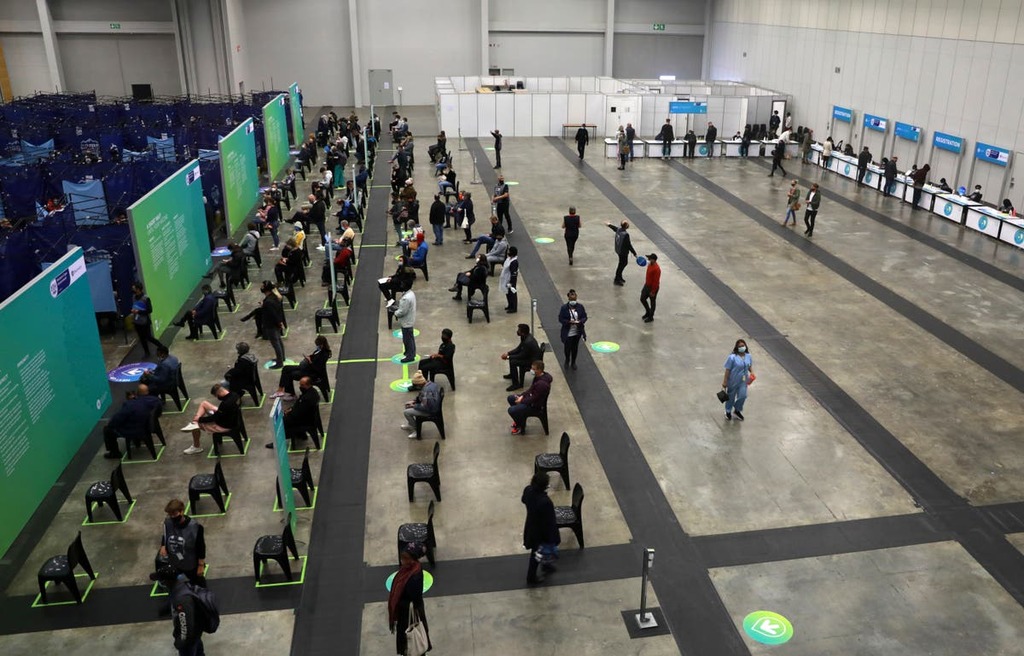 The hospitality and events industry in South Africa has received a major boost with the government easing tough COVID-19 regulations that have since June prevented it from accommodating more than 50 people in restaurants and public events.

South African President Cyril Ramaphosa announced that the country would shift to a level 2 COVID restrictions alert starting Monday, which allows for at least 250 people at outdoor events and 500 for outdoor events.

Trading times have also been increased by an hour from 9pm to 10 pm, while retail outlets previously restricted to selling liquor Monday through Thursday, may now sell liquor on Fridays.

The industry is among the hardest hit sectors by the COVID-19 restrictions introduced by the government to curb the increase of COVID-19 infections that have so far fueled its deadly third wave of the virus.

According to an internal survey of the Restaurants Association of South Africa (Rasa), more than 1,100 restaurants have shut down as a result of lockdown restrictions during the country’s third wave of COVID-19 infections.

“It has been the most complex and challenging times for the restaurant industry over the last 18 months. We have been trading at around 25% potential with 100% of debt. We are drowning in letters of demand, we are drowning in debt and our industry is broke,” said Wendy Alberts, the chief executive of Rasa.

She said most restaurants had put up to 70% of their staff on unpaid layoffs and that the increased hours of trade would go some way in allowing restaurants to start bringing them back.

The tough trading conditions have not only directly affected owners, waiters, chefs and barmen, but other role players in the industry like artists, performers and event organisers.

Ayza Kutsch, who organizes the Black Labone weekly live performance events in the capital Pretoria said the latest easing of restrictions would allow more artists to start making an income.

The event usually attracts over 450 people weekly but during tough lockdown restrictions it closed temporarily as it ran at a loss by accommodating only 50 people.

“The move to level 2 comes as an improvement because we struggled with the restrictions placed on us. We usually plan our programs one month ahead, but it has been tough with the changes in lockdown rules,” said Kutsch.

South Africa, which accounts for more than 35% of COVID-19 infections in Africa with 2.8 million confirmed cases including 84,327 deaths, and has recently battled a resurgence driven by the delta variant.

More than 7 million people have been fully vaccinated with either the single-shot Johnson & Johnson vaccine or the two-dose Pfizer-BioNTech vaccine.

South Africa is currently offering vaccines to all adults 18 years and older as it seeks to vaccinate at least 40 million people of its 60 million population by the end of the year but it is struggling to reach its target of 300 000 daily vaccinations.