The 49ers still plan to trade quarterback Jimmy Garoppolo before Week 1 of the 2022 season, according to The MMQB’s Albert Breer.

Sources told Breer that while the 49ers have been patient, they’ve had an open line of communication with Garoppolo’s camp over the last few months, with both sides being willing to be flexible to find the best situation for the 30-year-old quarterback.

This includes potentially renegotiating the final year of his contract worth $24.8 million to facilitate a deal.

The Niners were hoping that the resolution of the Deshaun Watson situation in Houston, the Russell Wilson situation in Seattle and the Aaron Rodgers situation in Green Bay would open up a market for Garoppolo, but such moves haven’t altered the QB landscape. And while there’s still potential for latecomers to the quarterback table for Garoppolo, he is now recovering from offseason shoulder surgery. It’s unlikely Garoppolo can show he is healthy and ready to play until sometime in early July.

Garoppolo took the 49ers to the NFC title game two out of the past three seasons. However, with San Francisco seemingly unable to get over the hump, the 49ers plan to now start former North Dakota State quarterback Trey Lance, who they drafted with the No. 3 pick in the 2021 NFL draft.

Garoppolo completed 68.3% of his passes last season for 3,810 yards and 20 touchdowns to 12 interceptions.

For more San Francisco 49ers coverage, go to All 49ers. 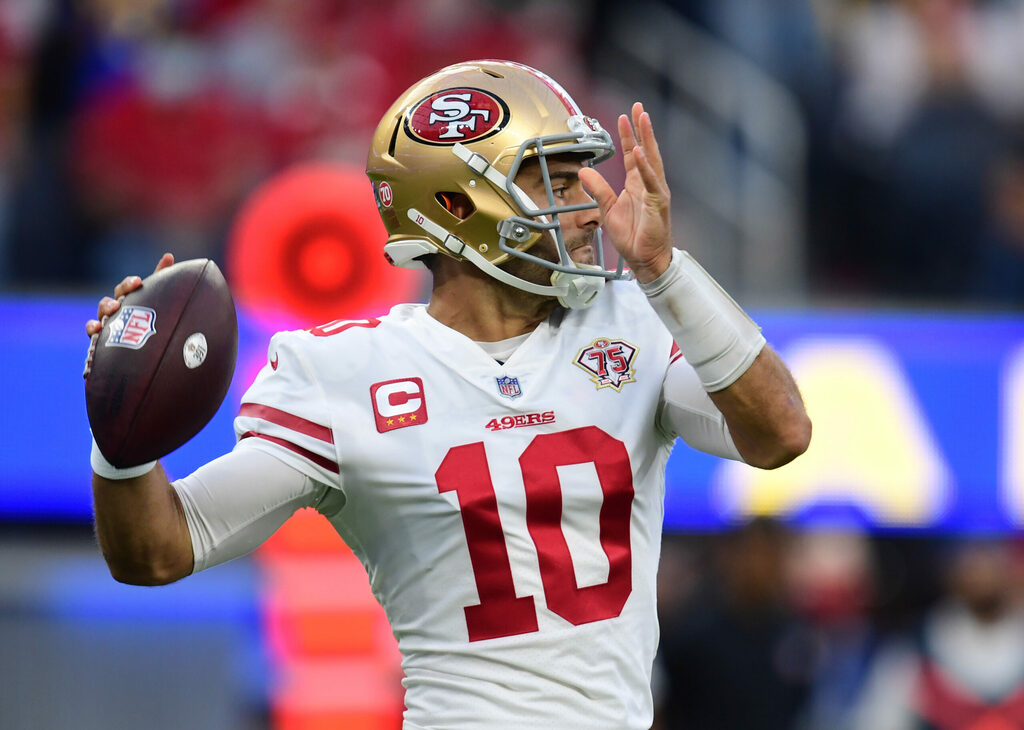 The #49ers will need to clear some cap space soon. They have the lowest cap space in the league.