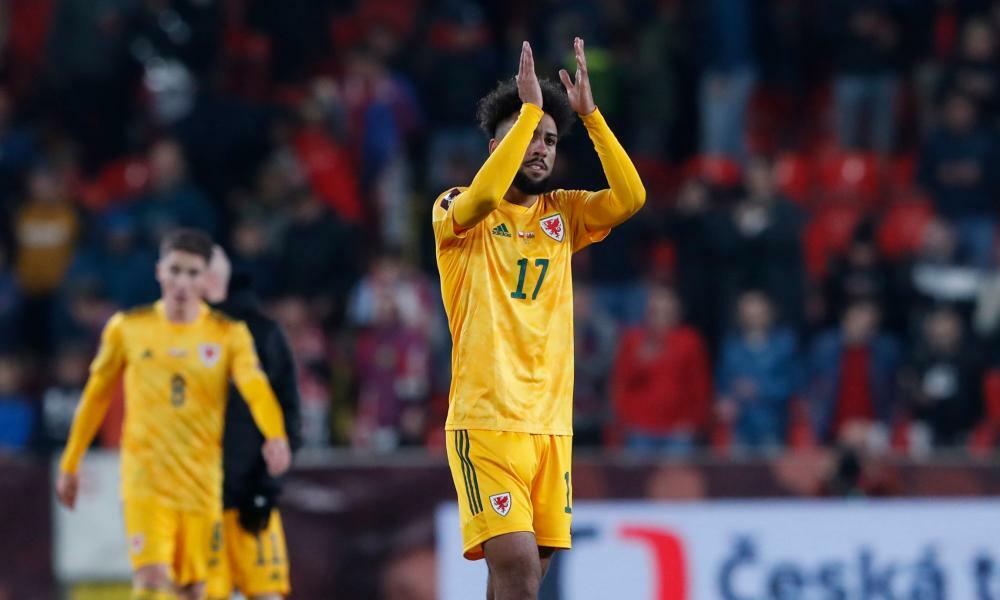 On Friday night Sorba Thomas charted another memorable moment in his spectacular rise, coming off the bench in Prague to make his Wales debut in a World Cup qualifier (drawn 2-2) nine months on from leaving Boreham Wood to join Huddersfield in the Championship. “In the first meeting we had with him we asked him about his career goals, his hopes, and he said he wants to play for Wales,” says Leigh Bromby, Huddersfield’s head of football operations. “He was adamant. He said: ‘I want to play for Wales because of my mum.’”

Thomas – who qualifies to play for Wales through his Newport-born mother, Gail – spent a chunk of the summer doing beach runs in Porthcawl in an attempt to hit the ground running this season. He reported two weeks early for pre-season in June, training with Huddersfield’s B team while most of the first team were still on holiday, and in August the winger, whose tally of six league assists is bettered only by Paul Pogba across the top four tiers, won the Championship player of the month award. “That was the standout moment for me, where it was ‘he’s taking this really seriously, he’s absorbed it all,’” says Bromby. “He came back fitter and stronger than anyone else.”

The same happened at Boreham Wood three years ago, with Thomas going on to enjoy his breakthrough season. “I used always to speak to the academy boys about coming back and having a march on the first team – don’t be in a position where you’re playing catch-up,” says Luke Garrard, his manager at Boreham Wood. “Sorba came back in the building and it was like he had the bit between his teeth – he was going to prove to everyone he was going to nail down the shirt and keep it. He was fit, strong and people didn’t look at him as an academy player; they looked at him as a first-team player.”

Thomas has become something of a cult hero almost overnight in Wales. He endeared himself to supporters after replacing the St George’s Cross on his Fifa 22 game card with a cutout of a Wales flag and his infectious enthusiasm has shone through in interviews since, be it showing off his match shirt signed by his international teammates, telling how he has had Hen Wlad Fy Nhadau blaring in his headphones to memorise the anthem or being starstruck after opening the door of his hotel room and seeing Aaron Ramsey. “Sometimes I have to pinch myself and think: ‘Is that really Aaron Ramsey right there?” he said. “Guys I used to watch on TV or play with on Fifa are now opposite me.”

If Thomas keeps his place in the squad next month, he will likely play alongside Gareth Bale, absent from this camp through injury. Last week Thomas, with that now-familiar wide smile, said he had hoped to ask Bale for his socks and tracksuit. “Seven years ago Sorba was in an academy in the Conference South and Bale would have been en route to winning the Champions League at Real Madrid,” Garrard says. “Sorba travelled in on the trains and the buses, getting up at silly o’clock and getting home at silly o’clock at night. He had a drive, a passion and a vision of where he wanted to get to and he was not letting anyone get in the way. He is the proof in the pudding that if you work hard at your craft, you will get your opportunity.”

Thomas joined Boreham Wood aged 16 after a successful trial following his release by West Ham, which led him to throw his shin pads and boots in the bin. Thomas signed on to Boreham Wood’s sports education programme, enrolling on a personal training course and then a bricklaying course at college, in between getting a job at JD Sports so that he could afford to travel into training from Barking. “He will tell you himself he can make a barbecue and build a house but couldn’t put a roof on it,” says Garrard, laughing.

It has been a whirlwind few months – last year Thomas was called up by England C for a game against Wales that was cancelled because of the pandemic – and the jump from non-league to the second tier has naturally brought changes. Training has gone from three days a week to five or six and Huddersfield’s individual development programme, which provides 24-7 support for players – everything from psychology to sports science – has seen him work closely with the club nutritionist. “He was not eating the right things to be an international player but, because of his openness and his want to learn, he has probably now got the best body fats here,” says Bromby.

“I have to sign off the orders so I could see the food he was eating for the first couple of weeks. When he first came up, there were a few orders at the hotel and it was probably what you and I would order for room service, not a professional footballer. I know for a fact he won’t be ordering that now on international duty, so that just shows he has improved. How [head coach] Carlos [Corberán] likes to run it here, and I think this is from the Bielsa model, is the players are weighed every day. They have targets they have to hit and it is a big thing for the players. In the Championship you have to be robust and Sorba has thrown himself into the gym programme and all different aspects.”

By his own admission Thomas, who could make his full debut against Estonia on Monday, wants to be the name on supporters’ lips as they leave the stadium and he has already made an almighty impression. “We are ecstatic for the boy,” says Garrard. “We always use the tag line ‘play each game like it’s your last game’ and he stands by that. If you’re a paying punter, you’re leaving that ground knowing he has given his all. He came down to our trials in the summer to have a chat with the players, with the next Sorba Thomases as such. He is going to be a friend for life for this football club.”