An emotional Sophie Kasaeii took to Instagram in tears on Tuesday night after watching a video update from friend and former co-star Charlotte Crosby.

Sophie and Charlotte first met when they gave up their day jobs to star in the first series of Geordie Shore, alongside fellow originals like Vicky Pattison, Gaz Beadle and Holly Hagan. They found themselves thrust into the TV spotlight after the show made its much talked about debut in the summer od 2011, becoming an instant ratings hit for MTV and earning fans all the over the world.

Both lasses became firm favourites with Geordie Shore viewers, so it came as huge blow to fans, when Charlotte announced she was quitting the show in 2016, vowing, at the time, to never return again. However, while she hasn't been seen in the Geordie Shore house for any subsequent series over the past six years, she made a return on camera for Geordie Shore: Their Story last year and will now play a pivotal role in the reunion series.

A key part of the reunion is said to be Charlotte's announcement that she's pregnant with her believed to have broken the news to cast members past and present at an event in Newcastle last month. Sophie was one of the first people to react to Charlotte's news, penning an Instagram post in her honour, which saw her write: "You can imagine how emotional and happy this new has made me. My rock, my sidekick and my forever friend @charlottegshore.

"You deserve every single moment of happiness in your life and I couldn't be more excited and proud of you, You and Jake are going to make the most amazing parents and I'm so happy to be on this journey with you both."

And, now another Geordie Shore cast member and friend Holy gets set to get married in Ibiza, Sophie filmed herself from her hotel bed crying tears of happiness after watching Charlotte's latest Instagram post. Looking into the camera and filling up, she said: "You know when you're emotionally connected to someone when you watch the stories and you cry.

"I'm just watching Charlotte's story and I'm just so happy that she's happy. Ah god, this year. It just makes me so happy when I see all me friends happy and content. Like there's no better feeling in the world than seeing your freind and your family and people that you love around you in a god place and doing well. It's all you ever want isn't it?"

*Who will replace Anne Robinson on Countdown?

*Where are Geordie Shore cast now? 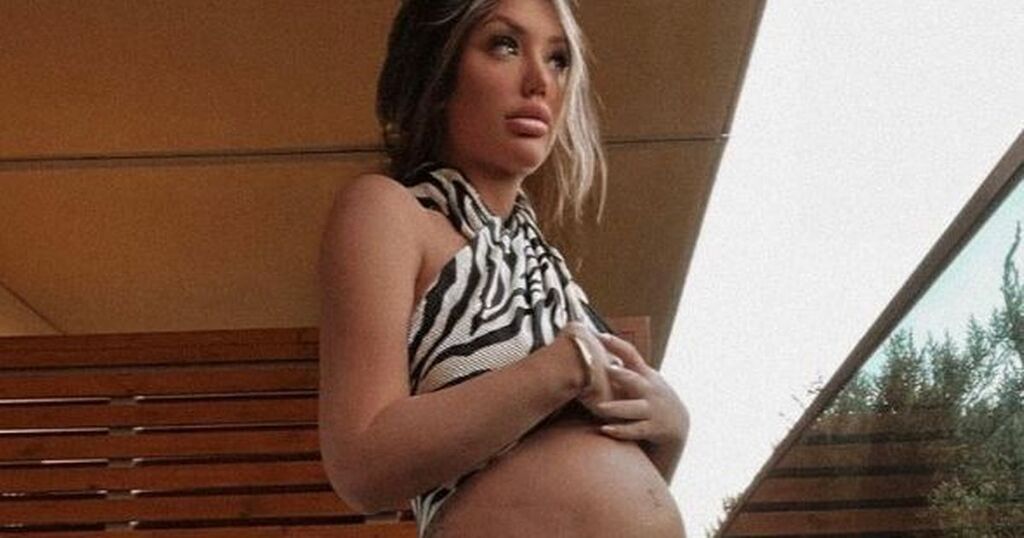