By Raf Nicholson at the Cooper Associates County Ground 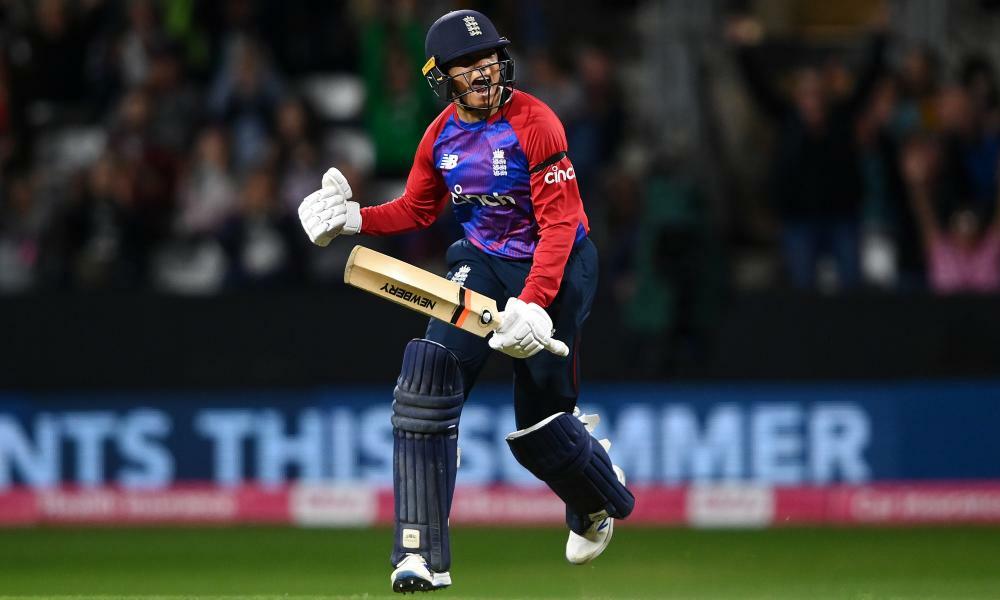 England narrowly scraped home in their T20 series decider against New Zealand at Taunton, dramatically reaching their target of 145 with one ball to spare. Captain Heather Knight – who had sat out the first two T20s with a hamstring injury – steered England to within touching distance of the victory with a calm 42 from 36 balls, but was caught at mid-off in the penultimate over with eight runs still needed.

Maia Bouchier, playing in only her second international match, was then bowled by Amy Satterthwaite off the first ball of the 20th over. But Sophia Dunkley, who finished unbeaten on 22, slammed a full toss over midwicket for four to seal the win by the narrowest of margins.

“I’ve worked really hard over the last few days to try and get right for this game,” Knight said. “I probably wasn’t 100% but I was desperate to play today, influence the game and win us this series.

“I’m pleased that we’ve won a big game under pressure – it’s really good signs for this side. New Zealand came at us hard and for us to cope with the pressure of that chase was brilliant.”

Off-spinner Leigh Kasperek, who returned three for 25 in her four overs, had made inroads throughout England’s run chase, including picking up two wickets in two balls in the seventh over. Nat Sciver holed out to deep midwicket, before Danni Wyatt – who had looked to be making short work of the chase after lofting Sophie Devine for six over long-off – fell pulling to deep square leg

While Amy Jones survived her hat-trick ball, and smashed her way to 32 from 19 balls, she was bowled by Kasperek in the 13th, leaving Knight and Dunkley to take on the chase.

“I’m really proud of her,” Knight said of Dunkley. “She’s worked it out. Now she feels a lot more calm and composed, and feels she’s got the skills to take games deep.”

New Zealand’s 144 for four had looked a formidable total on an outfield made boggy by torrential rain earlier in the day, after England won the toss and inserted their opponents. Suzie Bates, whose selection in Thursday’s match meant she became the first woman to make 250 international appearances for New Zealand, got her side off to a flyer, hitting 34 off 30 balls. That after Tash Farrant, handed the new ball for the second match in a row, had shelled a tricky caught and bowled chance in the second over of the innings, handing Bates a life on seven. Twenty-four of her runs came in boundaries — the shoulder injury which sidelined her for nine months apparently long forgotten.

While New Zealand then sunk to 90 for three in the 15th over with the “Big Three” of Bates, Devine (35 off 33) and Satterthwaite all back in the hutch, their middle order came to the party – Maddy Green (16 off 14), Katey Martin (13 not out off six) and Brooke Halliday (25 not out off 16) between them hitting 50 runs off the final four overs of New Zealand’s innings.

Halliday, who impressed with a half-century on her ODI debut against England in February, shocked the crowd of 2,212 by hitting world No 1 bowler Sophie Ecclestone all around the park. Her 16 runs off the penultimate over of the innings set up a tricky chase for England.