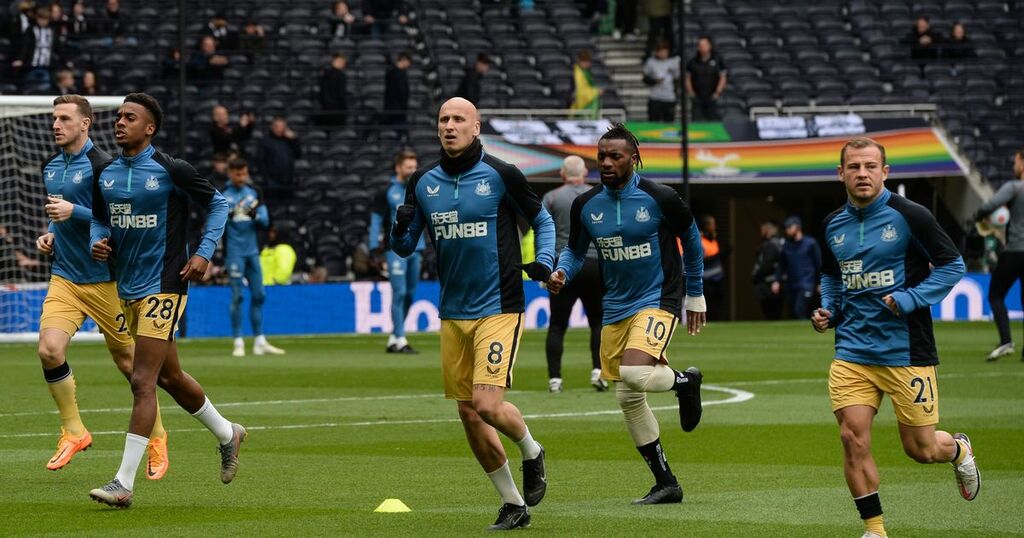 The four Newcastle players Eddie Howe will be without for Premier League clash vs Arsenal
Newcastle United welcome Arsenal to St James' Park for their final home game of the season, but Eddie Howe has…

It was always going to be a big summer at Newcastle with regards to potential incomings, but there also looks…

Daily Mirror
'I think he could end up at Newcastle': Jonathan Woodgate tips Magpies to sign Philippe Coutinho

Speaking on BBC 5Live, Woodgate reckons Newcastle United could end up signing the Brazilian ace in the upcoming transfer window

Eddie Howe has admitted that Newcastle United's final home game of the season will be an 'emotional experience' for some of his players as they potentially bid farewell to St James' Park.

Although no one left the club on a permanent basis in Howe's first window in charge last January, players will depart in the coming months. It will be a summer of evolution rather than revolution on Tyneside but selling players will help generate funds to enable Newcastle to spend more within the confines of financial and sustainability regulations and, also, allow the Magpies to make room for new arrivals at a time when the club's wage to turnover ratio is already around 65%.

Howe, himself, admitted on Sunday that he is 'sure there will be be players that will move on, who have represented the club in a brilliant way'. A number of individuals are still on long-term contracts from the Ashley era and have young families settled in the area so it remains to be seen just who will look to move on, but Ciaran Clark, Isaac Hayden and Jamal Lewis missed out on a place in the 25-man squad for the second half of the season while Dwight Gayle, Federico Fernandez, Matt Ritchie and Karl Darlow have not featured as much as they would have liked since Howe came in.

READ MORE: Eddie Howe explains why there can't be a Newcastle revolution even if he's about to get ruthless

Regardless of who leaves, you get a sense that the final lap of appreciation at St James' this season will carry extra meaning following Monday night's game against Arsenal.

"It's difficult to speak about individuals, but I'm sure, for some of my players, it may well be an emotional experience," Howe told reporters. "I'm very much in the mindset that we have to be very appreciative of everybody's efforts to our success this season in terms of the position we were in to where we are now.

"Everyone has played their part in that, whether they have participated on the pitch or not. I look at Ciaran Clark, Isaac Hayden and Jamal Lewis, who were not in the 25-man squad, but their attitude to that disappointment has been incredible.

"They're still training with the group and they've not been negative or disappointed for a moment. It's important that I highlight that because we haven't achieved anything as individuals. It's been the collective group that's done it and full credit to everyone."

The majority of Newcastle's squad are aged 28 and older and Howe is well-aware that he needs to bring the average age down moving forward after mainly targeting players with Premier League experience back in January. Howe felt the Magpies 'couldn't take chances on younger players that needed time to adapt' mid-season, but that will change in the summer.

While Newcastle are not against bringing in established names in the coming months, depending on what is required in a particular position, Howe is conscious of not having a group that is 'weighted in one direction because that could have a negative impact on performances'. Howe has already sat down with those above him to discuss the squad and the Newcastle head coach confirmed on Thursday that 'we have a very good vision of where we want to go'.

"There's some difficult decisions to be made and, naturally, when you look at the numbers in the squad, we are top heavy," he added. "We have a lot of players.

"There were players who missed out on the 25 but, as I said before, we will make decisions on every individual and we will try and do it in the right way. No decisions have been made yet.

"That's for me towards the end of the season. Get the games out of the way and then I will be speaking with the players."

The four Newcastle players Eddie Howe will be without for Premier League clash vs Arsenal
Newcastle United welcome Arsenal to St James' Park for their final home game of the season, but Eddie Howe has…

It was always going to be a big summer at Newcastle with regards to potential incomings, but there also looks…

Daily Mirror
'I think he could end up at Newcastle': Jonathan Woodgate tips Magpies to sign Philippe Coutinho

Speaking on BBC 5Live, Woodgate reckons Newcastle United could end up signing the Brazilian ace in the upcoming transfer window