Some Afghans evacuated from Kabul struggle to find help in U.S. 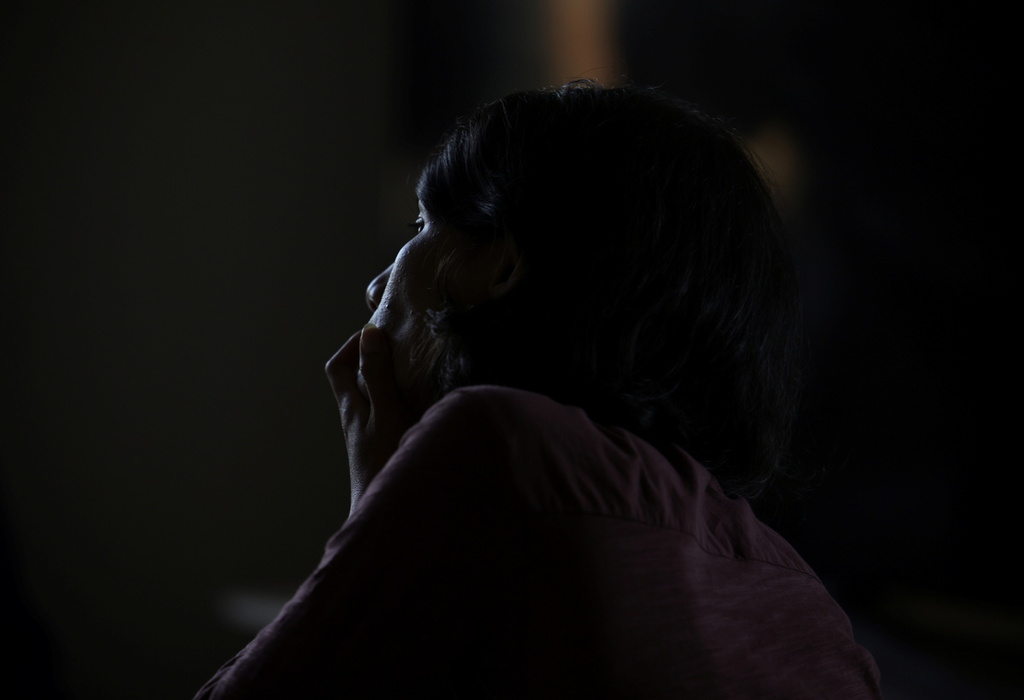 After Fahima, 30, stepped off a plane at Dulles international airport in Virginia on Aug. 26th, she asked an immigration official what would happen to her next. He shrugged, she said, and told her to find a lawyer.

Like many among the thousands of Afghans who were hurriedly evacuated by the U.S. military from Afghanistan last month, Fahima is now facing an uncertain future in the United States.

"I was a little confused," Fahima said through an interpreter. "I didn't know that we had to talk to a lawyer and do all these things by ourselves. I thought the American government was going to take care of this."

The next day, Fahima was picked up at a convention center near the airport by her older sister Hakima, whose own experience as a refugee resettling in the United States four years ago was markedly different and underscores the challenges now facing recent arrivals like Fahima.

When Hakima arrived in 2017, she received the traditional benefits of a resettled refugee, such as cash assistance, health insurance and food stamps. Because Fahima was evacuated without a visa, she entered the country on urgent humanitarian grounds, a temporary reprieve that doesn’t come with the same resettlement resources or path to citizenship.

"We don’t know how she is eligible for any resettlement services," said Hakima, 37. "We haven’t received any instruction or services," she said in an interview.

Both sisters asked to be identified only by their first names to protect their family in Afghanistan.

"The problem is people had to come on a short notice with nothing but clothes on their back," due to the nature of the rescue operation, said Erol Kekic, senior vice president at Church World Service's Immigration and Refugee Program. The lack of benefits "is a huge issue," he said.

A Department of Homeland Security spokesperson said the vast majority of special immigrant visa (SIV) applicants and other vulnerable Afghans are transferred to military bases upon arrival, where they receive help applying for work permits and with applications for immigration statuses they may be eligible for. There are about 45,000 Afghans at military bases in the United States, he said.

Afghan parolees will also be eligible for a State Department program that provides limited relocation assistance.

In Afghanistan, Fahima worked as an administrator for a U.S. organization and had a pending refugee application, she said. When the Taliban took over, she rushed to the airport in Kabul, fearing for her life. She sent her sister text updates when she got through the gate and eventually onto a plane first to Qatar, then Europe and a few days later, to the United States. Their parents and brother remain in Kabul.

Hakima, who works for a think tank in Washington, D.C., took Fahima back to her two-bedroom apartment, which she shares with a roommate. Hakima, Fahima and her cousin, who also recently arrived from Afghanistan, share Hakima’s room in a high-rise in Alexandria, Virginia.

At dinner, the women discuss their living situation. Hakima’s lease ends in October and she started looking at three-bedroom apartments, but found her income from the think tank wouldn’t cover the rent. Hakima has started looking for a second job.

Fahima has been searching for English classes at a nearby community college as well as jobs online, but doesn’t know what she needs to do to be allowed to work or study. The humanitarian parole status under which she entered the United States does not confer work privileges, but she can apply for a work permit, a process that takes time, said Church World Service's Kekic.

Hakima has looked into getting Fahima a lawyer, but said she worries about the cost.

"I have to support my family in Afghanistan, too," said Hakima. “I have to consider everything.” But she is happy to have her sister with her.

Fahima has stayed close to home since arriving, she said, sleeping in and going for walks nearby.

On Fahima’s walks she marvels at the greenery and how empty the streets are compared to Kabul. But most of the days she spends at home, helping with cooking and cleaning, and waiting for her parents in Kabul to wake up so she can call them.

Last week, the sisters got some news that made them hopeful. Their brother had found somebody who said they could smuggle his family and their parents to neighboring Tajikistan for $1,100 per person. A dangerous trip, but they feel they have no choice.

"We're trying to get them out to any country which is safe," Fahima said.

While they wait to see whether their parents make it out of Afghanistan, Hakima wants to make sure Fahima is not putting her own life on hold. She tells her to leave the house and meet people.

"It takes time finding friends, she doesn’t know anybody here," she said. "We all need our friends and our connections."