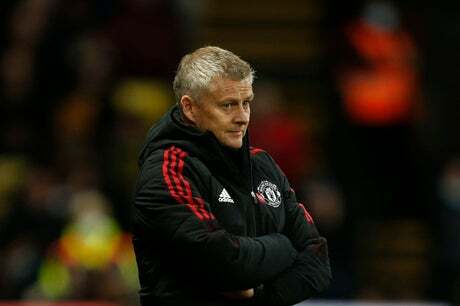 Ole Gunnar Solskjaer has been sacked by Manchester United after an early morning meeting with Ed Woodward.

A decision was taken on Saturday night, with the club holding an emergency board meeting following the 4-1 defeat to Watford.

It was the latest blow in a disastrous run of form, which also saw them humiliated by fierce rivals Liverpool and Manchester City in recent weeks. United have taken just four points from the last 21 available.

Michael Carrick will take charge of the team for Tuesday’s Champions League tie with Villarreal, with the club confirming they are initially looking for an interim for the remainder of the season.

In a statement United said: “Ole will always be a legend at Manchester United and it is with regret that we have reached this difficult decision. While the past few weeks have been disappointing, they should not obscure all the work he has done over the past three years to rebuild the foundations for long-term success.

“Ole leaves with our sincerest thanks for his tireless efforts as Manager and our very best wishes for the future. His place in the club’s history will always be secure, not just for his story as a player, but as a great man and a Manager who gave us many great moments. He will forever be welcome back at Old Trafford as part of the Manchester United family.”

The statement added: “Michael Carrick will now take charge of the team for forthcoming games, while the club looks to appoint an interim Manager to the end of the season.”

It is notable that United say they will not be looking for a permanent manager midway through the campaign, underling the fact that they had wanted to avoid a fourth sacking of Ed Woodward’s reign.

The executive vice chairman has been desperate to keep faith with Solskjaer - particularly as he is due to step down at the end of the year.

But Solskjaer’s position has become untenable, with Champions League qualification a growing concern for club owners the Glazers.

They were involved in talks on Saturday night as United’s hierarchy finally accepted the situation had reached crisis point.

Solskjaer looked like a man who knew his fate at Vicarage Road on Saturday - holding his hands up to away supporters, as he accepted responsibility for the club’s rapid decline.

Questions will now be asked about the decision to rebuff Antonio Conte when the multiple title-winning manager made it clear he was interested in taking over last month. He has since been appointed by Tottenham.

Zinedine Zidane is strongly admired by United, but there are doubts whether he would be prepared to take the job.

Mauricio Pochettino is a long-time target, but Woodward opted against going for the now PSG coach when Jose Mourinho was sacked in 2018.

Sources say Solskjaer knew he had to win on Saturday, with the humiliating nature of the defeat prompting emergency talks at board level.