Solar storms could be causing satellites to drop out of their orbits, according to scientists.

European Space Agency’s (ESA) Swarm constellation which measures magnetic fields around Earth has begun dropping at an unusually fast rate, according to its operators in late 2021.

Satellites that orbit close to Earth always face the drag towards the atmosphere which gradually slows the spacecraft before they eventually fall back to the planet.

However, recently these satellites have been falling up to 10 times faster than before which could mean some very difficult things for spacecraft around the Earth in the coming years.

Satellites are dropping from orbit due to wild solar weather

Speaking to Space.com, Anja Stromme, ESA's Swarm mission manager, said: "In the last five, six years, the satellites were sinking about two and a half kilometers [1.5 miles] a year. But since December last year, they have been virtually diving. The sink rate between December and April has been 20 kilometers [12 miles] per year."

The change could be linked to the new solar cycle - which started at the same time - leading to more solar wind activity.

Solar flares, sunspots and coronal mass ejections are also being produced at a faster rate.

Spacecraft around Earth to experience problems like International Space Station

It's not just the ESA's Swarm satellites that are being affected by worsening space weather conditions either.

Every spacecraft that is 250 miles from Earth is likely to have problems, Dr Stromme predicts, including the International Space Station.

SpaceX lost 40 brand-new Starlink satellites after they were hit by a solar storm in February, shortly after their launch.

The International Space Station is expected to perform more regular re-boost manoeuvres to stop it from sinking.

The new solar cycle, which is currently seeing solar activity much higher than forecast, means that conditions could get worse in the near future since a solar maximum is still two to three years away.

"The solar cycle 25 that we are entering now is currently increasing very steeply," Dr Stromme said.

She added: "We do not know if this means that it will be a very tough solar cycle. It could slow down, and it could become a very weak solar cycle. But right now, it's increasing fast."

How many satellites are there in Space?

This is where you will find SpaceX Starlink satellites, the International Space Station and Hubble Space Telescope.

Dr Stromme went on to explain that many of the new satellites don’t have propulsion systems so they can't get up themselves and therefore, will have a shorter lifetime in orbit.

It's not all bad news however because the increased solar activity will help clean up space debris which includes old satellites, spent rocket stages and collision fragments.

There are currently 228 million pieces of space debris around the Earth. 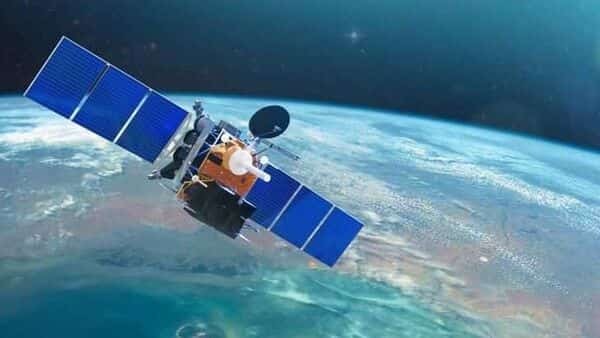 Satellites falling back on Earth due to solar flares. Scientists explain how dangerous they can be
Solar flares can cause radio blackouts and impact satellite communications like the electric power grid, internet, mobile phones, navigation signals…

Cygnus had been docked to the ISS since February and now has departed, leaving on June 28. Cygnus could help…

Nasa said it has lost contact with a spacecraft heading to the moon to test out a lopsided lunar orbit,…

Wales Online
One subscription that gives you access to news from hundreds of sites
NASA satellite breaks from orbit around Earth, heads to moon