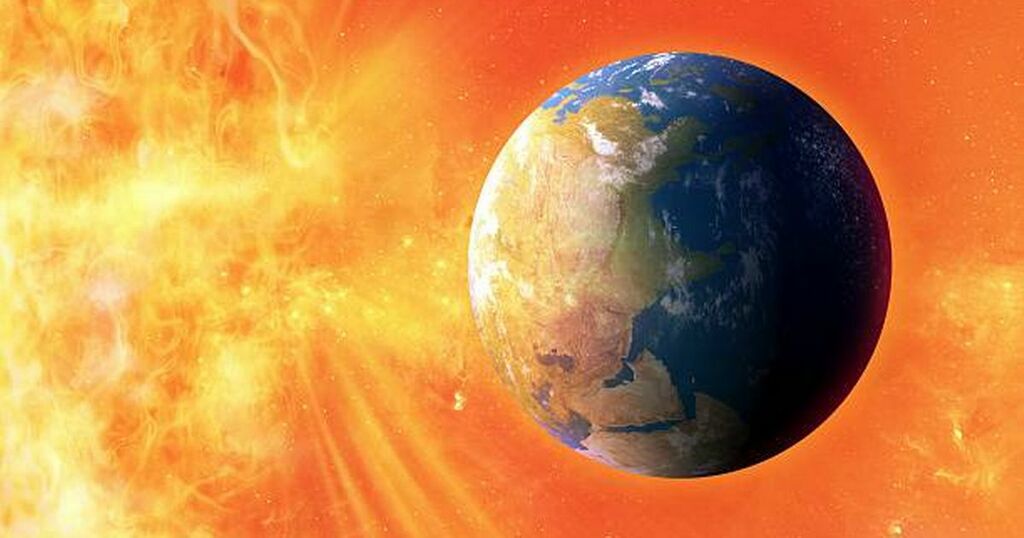 Solar storms are rated on a scale from G1 to G5, with one being the weakest and five being the strongest storm.

Experts expect the G2 storm to cause issues for billions of people as the power grid fluctuates and damages satellite operations.

The sun is the primary cause of changes in space weather, with stormy weather occurring when its surface is more active than usual.

When the surface is more active, it sends streams of energised particles out in all directions. This can be seen through the Northern and Southern Lights.

These energised particles create a beautiful aurora but can also be harmful to electronics, electrical grids and satellite and radio communications.

Last month scientists warned that a solar storm could have detrimental effects on internet services.

Professor of Computer Science Sangeetha Abdu Jyothi has said even a few minutes of a global internet outage could be catastrophic.

In a worst-case scenario, a solar storm could lead to an internet outage that could last for days or even months.

Spaceweather.com reported that a "halo" coronal mass ejection (CME) had been identified.

They said: "This is called a 'halo CME' because CMEs heading directly for Earth seem to form a 360-degree halo around the Sun.

"CMEs heading directly away from Earth can form a halo, too, but that's another story."

"So far this year, dozens of CMEs have missed Earth. Many of them were near misses, provoking no more than minor geomagnetic unrest as they passed by.

"This time, however, the Sun is shooting straight."

Major solar storms have occurred in the past, but they happened before the technology revolution and the creation of the Internet, satellite technology and high-speed communications.

The most significant solar storm on record, known as the Carrington Event, occurred in 1859.