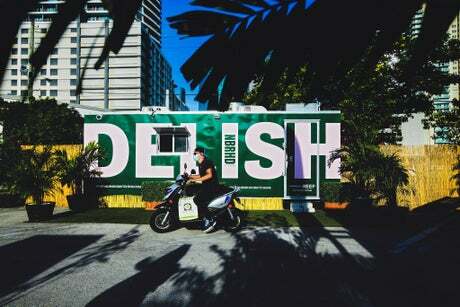 A Miami-based tech company promising to bring air taxis to the skies of Florida has signed a deal to to bring ‘dark kitchens’, vertical farms and more to London’s car parks.

REEF, a SoftBank-backed tech firm, has signed a deal with car park operator APCOA to lease space in locations such as Waterloo, Paddington, Cricklewood and Streatham.

REEF will install next generation businesses in the space, such as dark kitchens for takeaway apps, vertical farms for urban food supply, and local fulfilment services for online shopping.

REEF was founded in 2013 as a car park management tech company but has since expanded to become an innovative operator of disused or underused urban space.

The company leases space like car parks and rooftops and sets up things like health clinics and ‘dark kitchens’ for takeaway services. It has signed a deal in Miami to develop an urban air taxi runway on top of one of its sites.

REEF, which raised $1bn in November, works with the likes of Deliveroo, UberEats, and Wendy’s in the US. The company is in discussion with similar brands in the UK about partnerships.

Serdar Erden, EU COO for REEF Technology, said: “We’re thrilled to be partnering with APCOA to expand our customer reach and re-think the way urban space like car parks are used. We look forward to partnering together long into the future to bring the best goods services and experiences to more neighborhoods.”