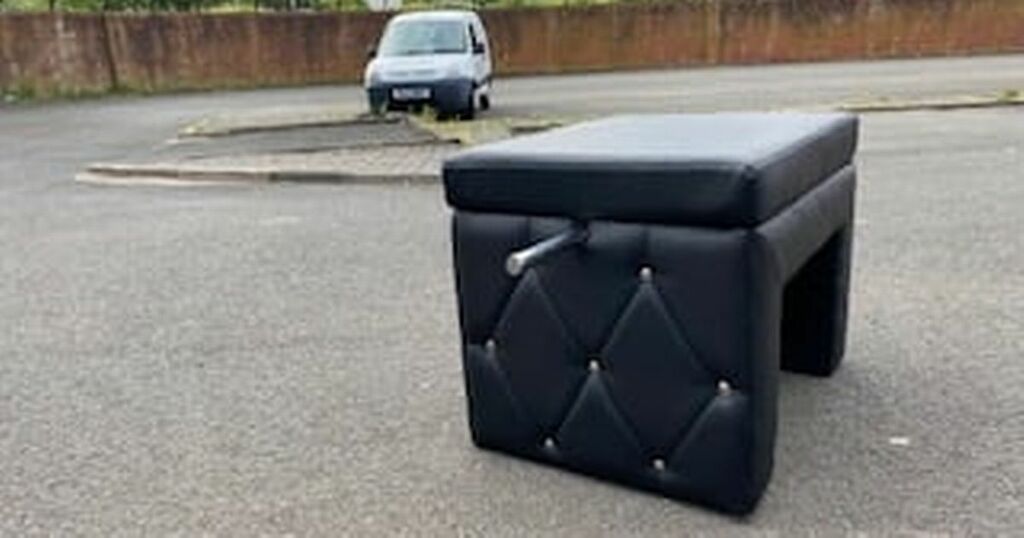 Facebook users in Falkirk have been left in stitches this morning after a post appeared on the social media giant flogging a 'black leather fetish bench'.

The diamond stud detailed wooden frame also comes with a removable metal bar and is on the market for £200.

It's claimed the bizarre item was specially made for someone, who later failed to return for their soft furnishing.

The post read: "This is a fetish bench made for a customer.

"Customer did not return after it was made. Black leather with decretive diamond detail and studs.

And it's going down a treat with social media users, with many finding the sale hilarious.

One person commented: "My a*** that was made for a customer - more like you've bought a new one and flogging the old one."

Another said: "Not even 10am and the kink is starting. No wonder I missed Facebook when it was down yesterday."

A third wrote: "The description of this "bench" has me howling. I might buy it for my man, see what he thinks. I wonder if it comes with instructions on how to use it haha."