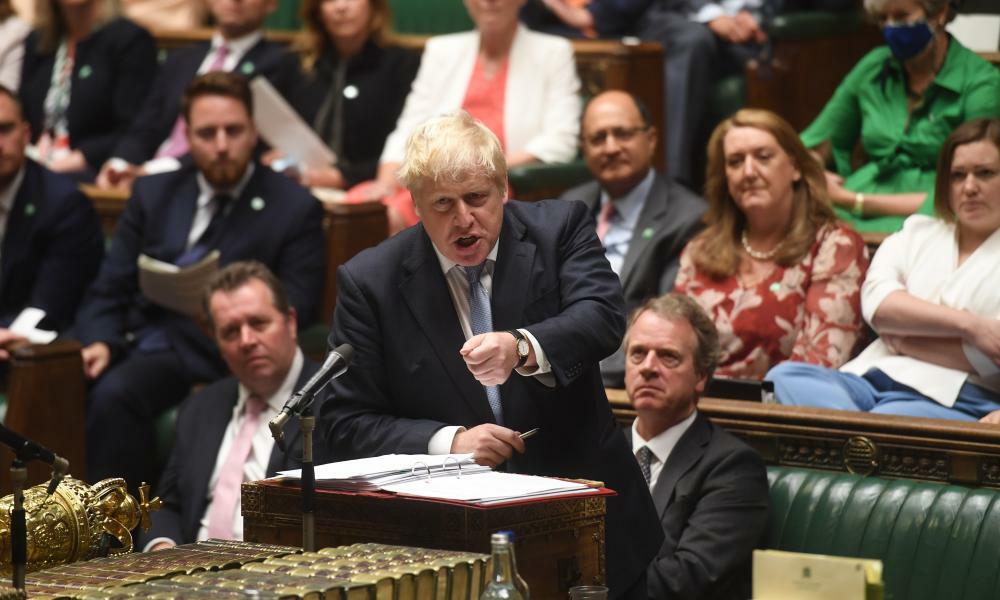 Boris Johnson has won the backing of MPs for his controversial health and social care plan, amid a growing backlash from experts and professionals who warned it will fail to fix the urgent crisis in the care system.

Despite the concerns of some Conservative MPs about breaching their manifesto commitment not to increase national insurance contributions (NICs), a motion approving the £12bn a year package passed by 319 votes to 248 on Wednesday evening, a majority of 71.

But after care sector leaders had more time to scrutinise the plans, they said they had become increasingly concerned about the meagre resources set out in the proposals – while Labour warned some patients could still end up having to sell their homes in order to pay for their care.

“Boris Johnson’s claim that this was about ‘fixing’ social care was misleading because the body of the plan was about NHS recovery,” said Nadra Ahmed, the executive chairman of the National Care Association, which represents independent care operators.

“This is a recovery plan for the NHS and that is very obvious. The funding pot being talked about for social care is not sufficient to even address the issues of today.”

The Institute for Fiscal Studies (IFS) also warned that “an ever-growing NHS budget could swallow up all of this week’s tax rise, leaving little for social care”.

Tuesday’s announcement included £1.8bn a year for social care over the next three years. But analysis by the Health Foundation suggests at least £6bn extra a year is needed to keep social care from further deteriorating in England.

The government has promised to introduce an £86,000 cap on lifetime care costs, as well as making means-tested support more generous for people with less than £100,000 in assets – but it is unclear how much extra funding social care will receive after 2025.

A wider rebellion was contained with the help of a threatened reshuffle, which could come within days. A string of ministers including the education secretary, Gavin Williamson, are tipped for demotion, while many ambitious backbenchers are hoping for junior roles.

Care sector leaders warned the plan to cut care fees for people who have to pay from their own pocket could threaten the viability of homes. One said the new policy of allowing self-funders to purchase their care at cheaper rates secured by councils for poorer citizens “could spell absolute disaster”. For years operators have charged about 40% higher fees to richer customers to cross-subsidise the provision of below-cost care to councils.

“If you do it like that without changing the rate [that councils pay], the viability of many providers will be completely undermined,” said Vic Rayner, executive director of the National Care Forum which represents not-for-profit care operators.

Health and social care policy experts claimed the settlement would yield too little money to effect the transformation of social care that is needed.

Anita Charlesworth, director of research at the Health Foundation, said the £1.8bn a year for the sector would not “fix” social care, despite the prime minister on Tuesday insisting that it would. Social care will need as much as an extra £9.3bn a year by 2024/25 to meet the growing demand for care caused by the ageing population, improve the quality of care, “stabilise” the care home market and pay care staff better.

Natasha Curry, deputy director of policy at the Nuffield Trust, said the government’s plan had left social care “feeling short-changed and bitterly disappointed at the proposed funding levels and timing of reform,” she said.

“The ability to make real improvements to care services will now depend on whether these funds can be excavated from the health service further down the line. Taking money away from the NHS is a task that has not been done before.”

Challenging Johnson on the detail of his plans at prime minister’s questions, Keir Starmer noted the Conservative’s 2019 manifesto pledge that an eventual plan for social care would guarantee that no one would need to sell their home to pay for it. He asked: “Does that guarantee still stand?”

The Labour leader cited the example of someone with total assets of £186,000 who accumulates a care bill of £86,000, saying: “Where does the prime minister think that they’re going to get that £86,000 without selling their home?”

Johnson did not answer either question, saying instead that the government was “taking the tough decisions that the country wants to see”, and that the care plan was the “first time that the state has actually come in to deal with the threat of these catastrophic costs”.

He suggested that with the £86,000 a year cap in place, private sector insurers would be in a position to help consumers save for their future care costs.

However, fears are growing that the NHS will absorb almost all the £12bn a year the new levy will raise, leaving negligible amounts to fulfil Johnson’s renewed pledge on Tuesday to “fix” social care.

The IFS pointed out that in all but two of the 39 years between 1982 and 2020 the NHS in England has ended up getting more money than ministers had planned before the year began. The health service has typically begun the year with a 2.7% budget boost but ultimately received a 4.1% rise, it said.

In an analysis of how the proceeds of the hike in national insurance will be used, the IFS research economist Ben Zaranko concluded that: “The experience of the last 40 years shows that NHS spending plans are almost always topped up. If history repeats itself, the ‘temporary’ increases in NHS funding announced this week could end up permanently swallowing up the money raised by the tax rise.”

The creation of the “health and social care levy” means Britain is set to become more and more of “an NHS-dominated state”, the Resolution Foundation said.

Andrew Dilnot, whose 2011 proposal to cap care cost was broadly adopted in the government’s new policy, said on Wednesday that he wanted the £86,000 cap to be lower, the means-testing threshold to be increased from £100,000 worth of assets and for more urgent funding to improve care immediately.

“We still have got the challenge of funding the existing means-testing system properly,” he said. “These changes won’t take place for a couple of years and in the interim and thereafter we have got to make sure that we put enough money in to look after the most vulnerable who have no income or wealth of their own they can use.”