Soap Crossover - All you need to know as Corrie, EastEnders and Emmerdale join forces 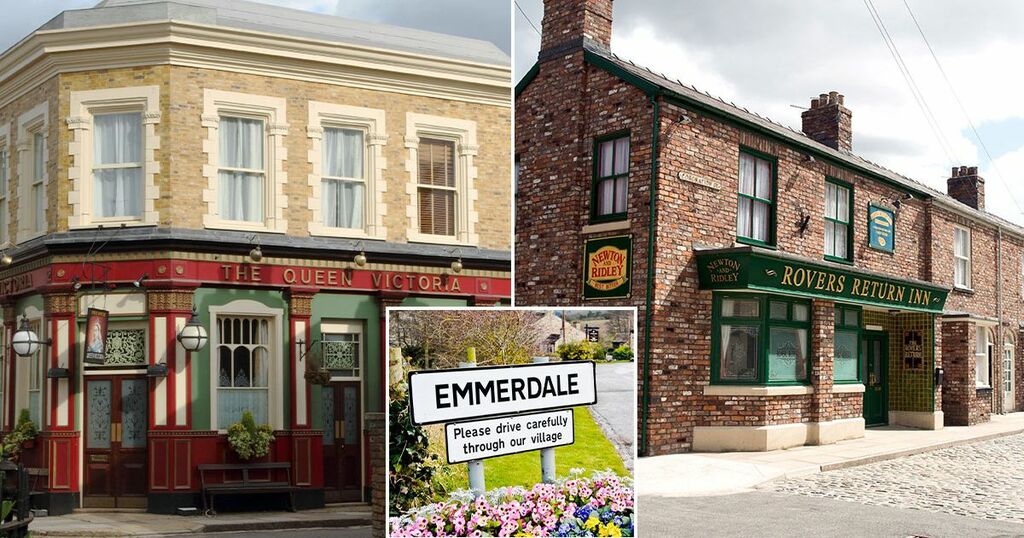 For the first time in television history, the soaps are joining forces to discuss the issue of climate change.

Coronation Street, EastEnders, Emmerdale and Hollyoaks will all feature crossover storylines, along with Doctors, Casualty, and Holby City.

The iconic scenes, which reference the impact of climate change, have already been filmed in which much-loved characters pop up in rival programmes.

They will also include references to other shows with characters reading about soapland on social media.

The trailblazing idea came from Emmerdale's executive producer Jane Hudson, who said: "Never before have all five soaps and both continuing dramas come together and united in telling one story.

"And we certainly haven't seen characters pop up in other shows before."

The shows have teased what cameo appearances to expect and we couldn't be more excited.

Which shows are crossing over?

The good news for die-hard soap fans is huge names including EastEnders, Coronation Street, Emmerdale and Hollyoaks have all signed up to take part in the experiment.

A famous face from Hollyoaks is due to show up at Albert Square in a landmark event.

Fans have also predicted that Holby City's Davood Ghadami may make an appearance. The actor played market trader Kush Kazemi for six years on the soap.

While Weatherfield will welcome a character from Doctors. Whether it's a medial emergency or not is yet to be revealed.

The actor taking part won't have to travel far as Doctors is filmed in Birmingham and Coronation Street at Granada Studios in Manchester.

Meanwhile medical drama Casualty will be discussed at the Woolpack on Emmerdale.

Apparently one of the Dales' actors will be reading something about the BBC show on social media.

Then as a character from Hollyoaks pops down to Walford for EastEnders, the Chester-based show will discuss BBC's Bristol-based Holby City.

"It has been great to work together on an engaging way to, hopefully, inspire conversations about issues that are so important," she said.

Further details about the exciting exchange will be released by show producers.

When will the crossover air?

The crossover begins on November 1 - the same week that world leaders meet to discuss climate change at the COP26 conference.

The exact schedule hasn't been revealed yet, but most soaps air on the same day so the episodes may crossover accordingly.

The biggest exchange will probably be on November 1 in which Emmerdale, Coronation Street, EastEnders, Hollyoaks, Holby City and Doctors all air.

The predicted schedule is pretty similar for the rest of the week depending on when the show airs, apart from Saturday, which should just feature Casualty.

However, considering this has never been done before, fans should expect the unexpected.

Once we have the full schedule we'll let you know the full times and channels.

How to watch the landmark soap event

To watch the crossover just tune in on TV when the programmes air, or stream them via the on-demand services.

Ahead of the exciting experiment, Kate Oates, head of continuing drama for BBC Studios, said: "I'm thrilled that our soaps and serial dramas have all come together to help highlight the issue of climate change amongst our millions of viewers.

"We're grateful to the teams that made this happen, and hugely look forward to seeing the talent from our own shows popping up in other iconic programmes."