SNP's Derek Mackay claimed £14,000 from taxpayers despite refusing to turn up to Holyrood 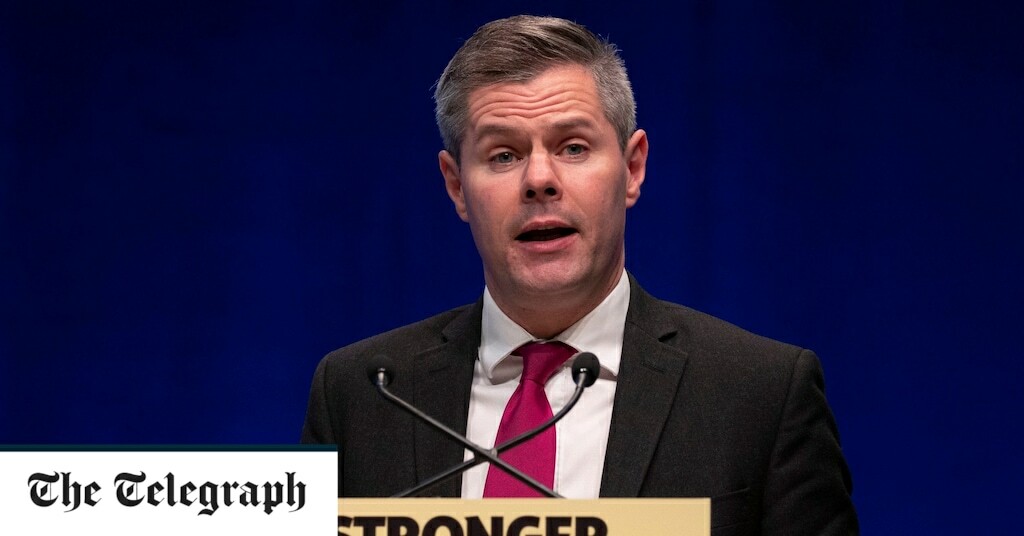 A disgraced former SNP finance secretary claimed nearly £10,000 in his last year at Holyrood despite never turning up at parliament.

He also claimed £4,406 in February and March 2020, after he resigned from government in a sleaze scandal in which it emerged he had sent inappropriate messages to a teenage boy.

It means he claimed more than £14,000 in expenses in total while refusing to attend sessions.

Mr Mackay, who was once tipped as a future First Minister, was never seen at Holyrood again but refused to give up his seat, with his political career only ending when parliament was dissolved earlier this year and the SNP selected a new candidate.

He quit as Finance Secretary on the eve of the Scottish budget in February last year, after The Scottish Sun obtained messages showing he had been pestering a 16-year-old on social media.

He sent him hundreds of messages over a six-month period, including telling the boy he was “cute” and inviting him to a rugby game. Police Scotland examined the texts and found no criminal offence had been committed.

Graham Simpson, a Tory MSP for Central Scotland, is proposing legislation which would make it possible to remove sitting parliamentarians who do not attend Holyrood.

“Shamed Derek Mackay’s latest expense claim will be an affront to the taxpayer and the constituents he let down,” he said.

“The Scottish Conservatives proposed Mackay’s Law will stop absent MSPs who fail to attend parliament still being able to claim their salary and expenses.

“The Scottish Conservatives urge other parties and MSPs to back Mackay’s Law. No MSP should be paid for sitting idle at home.”

Most of the claims related to the rent of his constituency office and an Edinburgh flat. He was also paid an automatic grant of £11,945 for loss of ministerial office after he quit his post.

Overall, the Scottish Parliament paid out expenses worth a total of £17.3 million to MSPs last year, the latest figures show. The total, which includes staff and office costs, is up by 1.8 per cent from the previous 12 months.