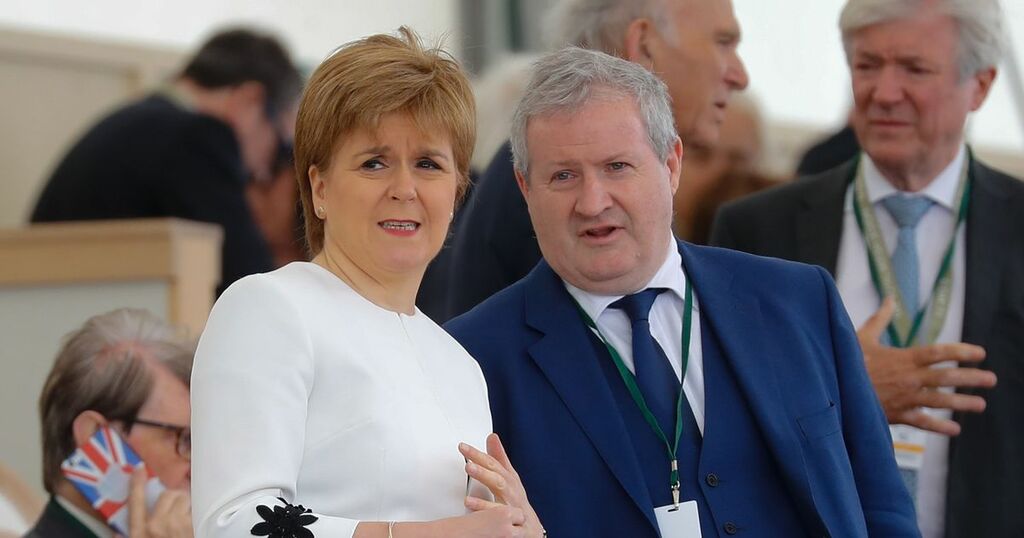 The SNP needs to “pull our socks up” on delivering Scotland’s domestic agenda if it is to persuade sceptical voters to back independence, Ian Blackford has admitted.

Ahead of the party’s national conference this weekend, the party’s combative Westminster leader has delivered a frank assessment of Nicola Sturgeon’s government.

Blackford also spoke of the need for SNP members to reach out to unpersuaded voters if the party is to “win well” on Sturgeon’s 2023 timetable for a second referendum.

The Westminster leader said he is determined that the vote will take place, with or without the consent of Boris Johnson.

He called on the Tory Prime Minister to “see sense and recognise the legitimacy of being able to put the question”.

But to win another referendum Blackford also said Scottish Ministers must show the party can deliver amid growing criticism on its handling of the NHS, ferries, public services and much else besides.

Speaking to the Daily Record in the first week MPs returned to Westminster full-time, Blackford acknowledged ministerial colleagues at Holyrood had to up their game in the new term.

He said: “What I’d say first and foremost is ‘do your job’. We need to inspire people. Of course, I understand that there are people that are desperate for the question to be put and it will be put.”

“But we have got to take the country with us, and showing that the Scottish Government can deliver is the right way to do it.”

Ian Blackford hopes the boss can deliver a win. This weekend Hibs manager, Jack Ross, takes Blackford’s beloved team to Tynecastle to take on rivals Hearts in a top of the table Premiership clash.

He said: ”It’s a very big game isn’t it? I mean, Hibs and Hearts are one and two in the league, both going reasonably well. You don’t want to lose it.”

The fixture coincides with the SNP annual conference but Blackford has fewer worries about his other boss, Nicola Sturgeon, winning over the online delegates on home ground.

He said: “She’s on good form. Obviously, she’s got the deal that she wanted with the Greens, We’ve got a platform, a programme for government showing that we can govern, and there are areas where we need to pull our socks up. Let’s be honest, we need to deliver.”

However, Blackford predicted confidently: “We we will create that roadmap, heading towards a Scottish referendum. And I think the message that Boris Johnson needs to get is that this is about democracy.”

“The mandate is there and we fully intend to make sure that people in Scotland have the right to have their say on what kind of country they want to live in.”

Blackford’s choice of words signal a switch in the SNP independence strategy away from asking ‘who are you?’ to ‘who do you want to be?’

If the 2014 referendum was about asking voters to choose an identity, Scottish or British, the next one will be about asking people what kind of Scotland they want to live in.

With Universal Credit cuts, the unfolding “horror show” of Brexit and the continued dominance of the Conservatives in England, Blackford thinks people are open to persuasion.

He said: “It doesn’t have to be this way. Things can be different but we need to take people by the hand and show them hope.”

To show how an independent Scotland could deliver on climate justice, on social justice and jobs investment - the day-to-day issues that matter - the SNP has hired a small nations guru, Harvard-trained economist David Skilling, to write a paper showing how small nations prosper.

Blackford said: “It is the case, it’s absolutely irrefutable, that small countries tend to perform better than larger countries. You have to create the circumstances for that to happen.”

Skilling’s 40 page paper, sitting on Blackford’s Westminster desk, makes the statistical case. But the one word which leaps out from the conclusions section is “risk”.

Blackford accepted that there is a challenge.

He said: “If we’re going to persuade people in Scotland to vote for independence it has to be, I would argue, that there’s a better alternative. But it comes back to the point I made that we need to inspire people.”

With polls running 50/50 in independence that is not the only job the SNP has to do.

There is the obstacle in Downing Street called Boris Johnson who has ruled out granting powers to stage a second referendum while he is Prime Minister.

But Blackford has some frank advice for the PM too: “I would say to Boris Johnson, see sense, recognise the legitimacy of being able to put the question. Let’s have that respectful debate, let everyone have an opinion within this, and let’s get to a position where, to use the phrase, the settled will of the Scottish people can be determined one way or the other.”

“It would be far better if the two governments can reach agreement on that. If there is failure to do that, there is a pathway to having that referendum that we will proceed with.”

That hints at the tangled legal route to the Scottish parliament staging a referendum without Westminster’s permission.

Instead of a legalistic quagmire Blackford would rather see an end to division.

“Let’s be grown up about it. We could end up through a protracted process, which nobody should ideally choose, or we can have a respectful discussion between the two governments and there be a timeline for this.”

He added: “I want to win well, and in an expectation that we can win well I want to take the other side with us too, because it’s their future too.”

He added: “I do not like the divisions that I see in politics today and I’ve said to people on the other side that in the Labour Party and the Conservative party. We have a responsibility to treat each other with respect.”

That may sound rich coming from one of the most combative performers the SNP has fronted at Westminster.

The list of insults and times Blackford has branded Boris Johnson a liar in Commons the chamber is long and bitter.

He answered: “All of us have a responsibility. You can be robust in debate but it needs to be respectful.”

But it is clear there is no love lost between the SNP leader and the Conservative Prime Minister who, Blackford thinks, views him as “the enemy”.

He accused Downing Street, as he has in the past, of failing to give parliament and the opposition parties notice of when the Prime Minister is to appear at the despatch box.

Blackford said: “I can only put it how I see it, and almost make the point that they see us as the enemy. And it’s not great for our politics.”

Speaking of divisions, Blackford has less fear of the Alba Party, led by his former First Minister Alex Salmond, snatching the independence agenda away from the SNP.

He said: “Alba stood for election to the Scottish parliament and I think the people gave their judgement. I haven’t spoken to the former First Minister for some time. I think to a large extent, the Alex Salmond story has been written.”

Back on his theme of a referendum, Blackford sounded more positive about that happening than his cherished club’s prospects of winning away this weekend.

He said: “We have to win. I would simply say that having fought the election on the issue of a mandate and having secured that mandate there is no question that we have to have that referendum, it will take place.”